July 22 is Glioblastoma Awareness Day, bringing awareness to the most common, aggressive and often deadly form of brain cancer. 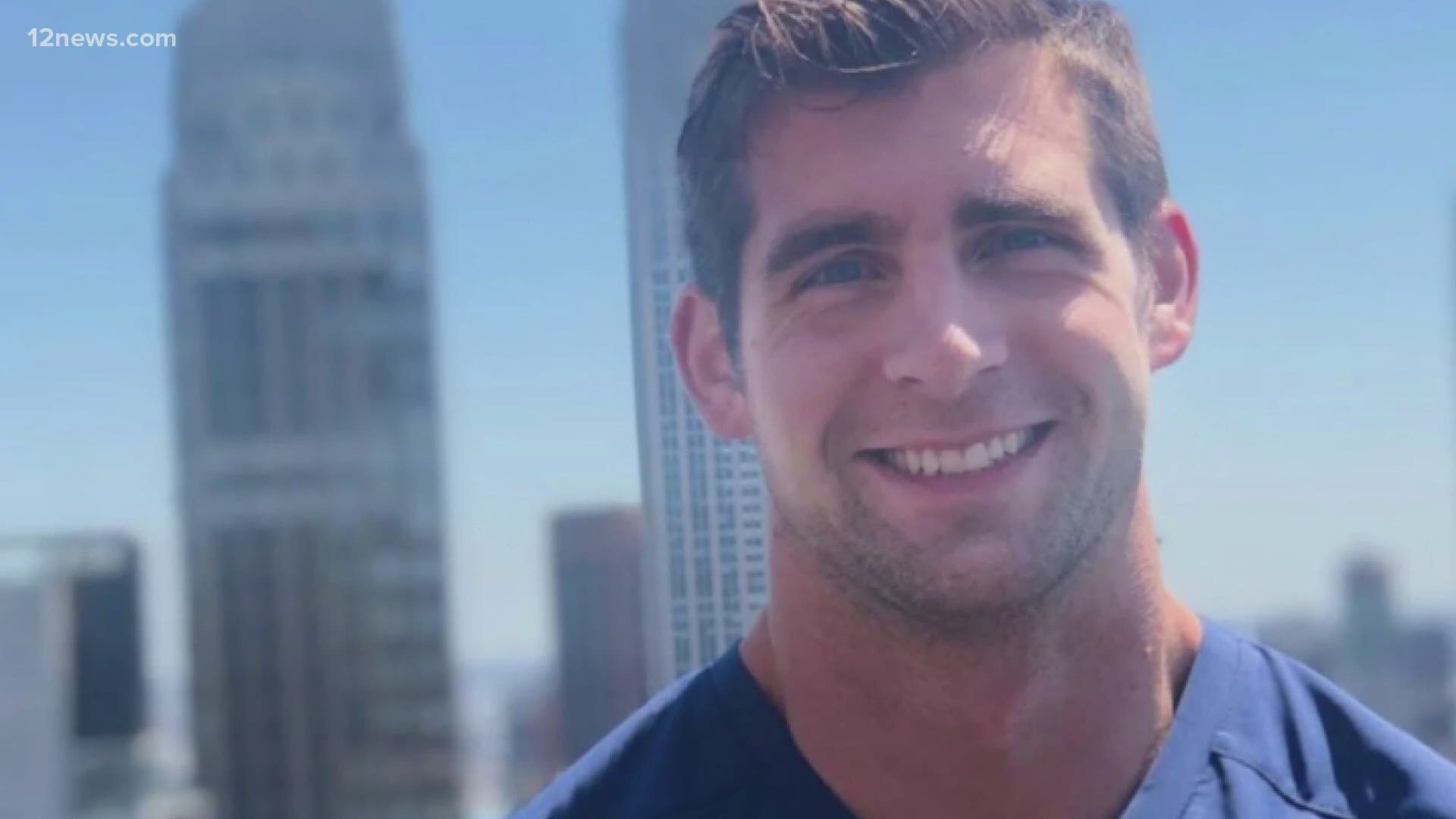 PHOENIX — Wednesday is Glioblastoma Awareness Day. It is a day to bring awareness to the most common and aggressive form of brain cancer.

It’s the same cancer that ultimately took the life of Sen. John McCain on August 25, 2018.

Phoenix-area nurse Ian Youngblood answered the call back in April. He left home to help thousands in New York fighting COVID-19. The former college rugby player and firefighter was on the front lines battling the virus when he found out he was about to fight a battle of his own after he started experiencing excruciating pain and nausea.

He was admitted to the ICU at White Plains Hospital, where tests and scans identified a large mass in his brain; he was quickly scheduled for emergency surgery to remove a large percentage of the tumor. His diagnosis was Stage IV Glioblastoma.

"As a 29-year-old, you don't ever think brain cancer, what?" said Youngblood.

Youngblood is originally from Kingston, Washington. He played rugby at Grand Canyon University and was a firefighter before receiving his RN.

Glioblastoma is a rare form of brain cancer that claims the lives of more than 10 thousand Americans every year.

Dr. Sanai is part of the team overseeing Ian's treatment.

Sanai says although the survival rate is low it doesn't mean there isn't hope to beat cancer.

"These are populational statistics, they don't describe you or predict your future."

He and Youngblood are teaming up to bring awareness to the disease for Glioblastoma Awareness Day. Sanai says a day focusing on brain cancer is important because it hasn't seen the same progress in therapies like breast or prostate cancer.

"Glioblastoma Awareness Day (GBM Day) is dedicated to increasing public awareness of glioblastoma, the most common and aggressive form of brain cancer. It also honors those who have been impacted by the disease and supports efforts to develop better treatment options that will improve patients’ long-term prognosis," according to the Ivy Brain Tumor Center.

“The median survival for a patient with glioblastoma today is 16 months and this statistic has shown no notable improvement for decades,” said Nader Sanai, M.D., director of the Ivy Brain Tumor Center and neurosurgical oncologist at Barrow Neurological Institute.

“The need for a bold approach to rapidly identify new, effective therapies for those impacted by this disease is greater than ever.”

"Ian is an incredibly strong and positive individual, and we are committed to getting him back to his passion for serving patients and all of the things in life he finds meaningful,” said Sanai.

Youngblood says he's not letting his diagnosis stop him from making a difference and is approaching the battle one day at a time.

"I'm going to learn something from this whole entire experience that's going to help me help someone else later on down the road," he said.

"You're going to make a difference in someone's life if you look for it. Pay attention, keep your eyes open. Someone is going to benefit from your presence," said Youngblood.

Family and friends set up a GoFundMe account to help with his treatment and costs.

The Ivy Center’s Phase 0 clinical trials program is the largest of its kind in the world and enables personalized care in a fraction of the time and cost associated with traditional drug development. Unlike conventional clinical trials focusing on single drugs, its accelerated trials program tests therapeutic combinations matched to individual patients.

RELATED: ‘Reopening’ has a different meaning for those with compromised immune systems