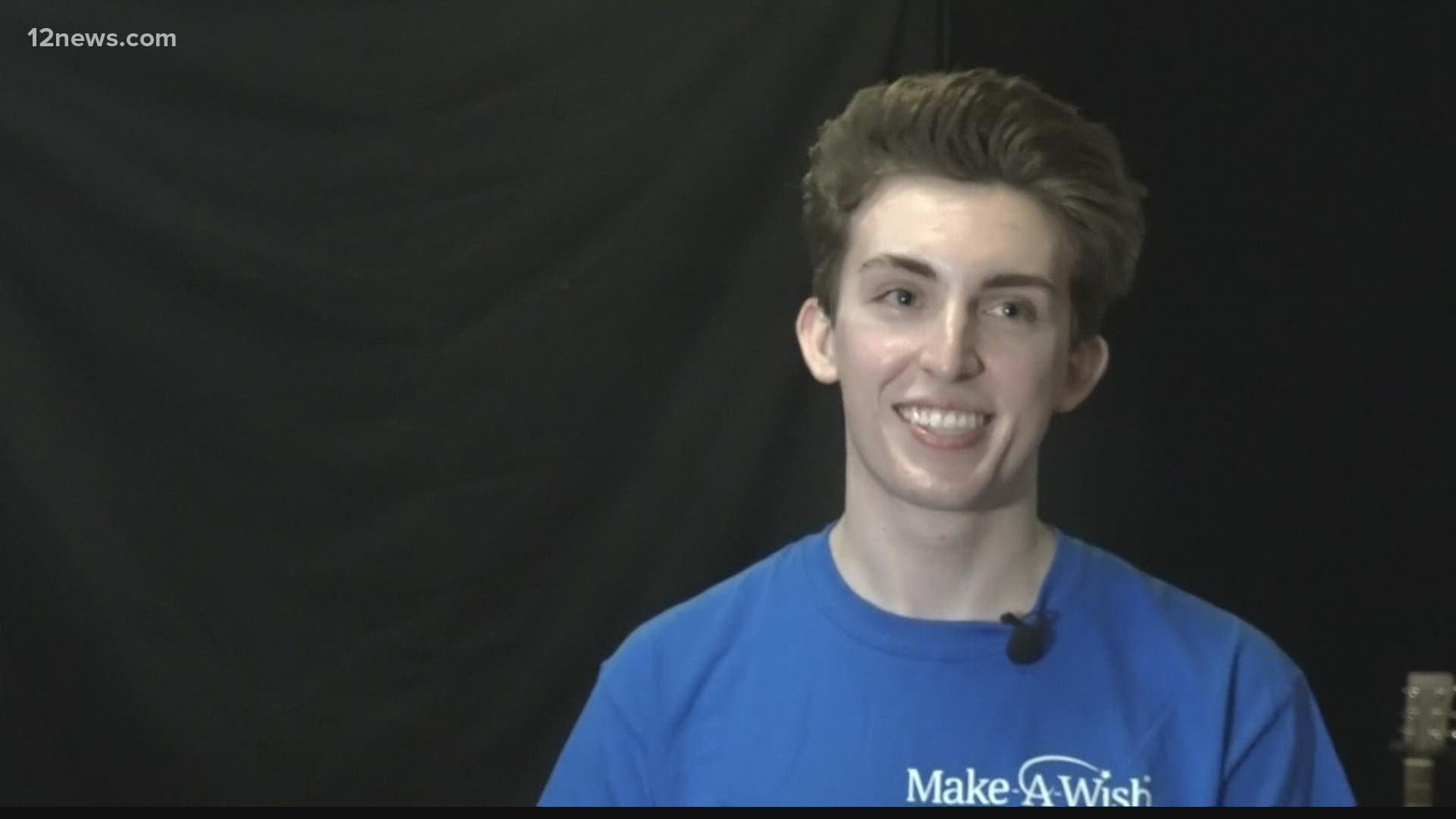 Make-A-Wish Arizona and Sneaky Big Studios in Scottsdale is giving the Phoenix 20-year-old the opportunity of a lifetime.

The studio let him record his own music on Thursday in pursuit of becoming a professional artist.

"Ever since I was little music has been a huge part of my life and when I started thinking about what I wanted my wish to be, music was that thing," Dean stated.

It was a delayed wish that finally came to fruition.

"Because of COVID and everything it has been difficult, like a different way of putting this together."

He’s hoping to make a splash with his original song called 'waves.' It has a very special meaning to him.

He was diagnosed with Cystic Fibrosis as a baby. It’s a critical lung condition with no known cure.

"Every day I do between 1-2 hours of breathing treatments and take 50-60 pills just to keep up with my health."

His health battle is only fueling his fire.

"I’m very fortunate to sing and do what I love."

Sneaky Big Studios doesn’t yet know when his music will be released but said hopefully soon!