Make-A-Wish Arizona make the wish to become a princess for one day come true for the 6-year-old transforming her from head-to-toe. 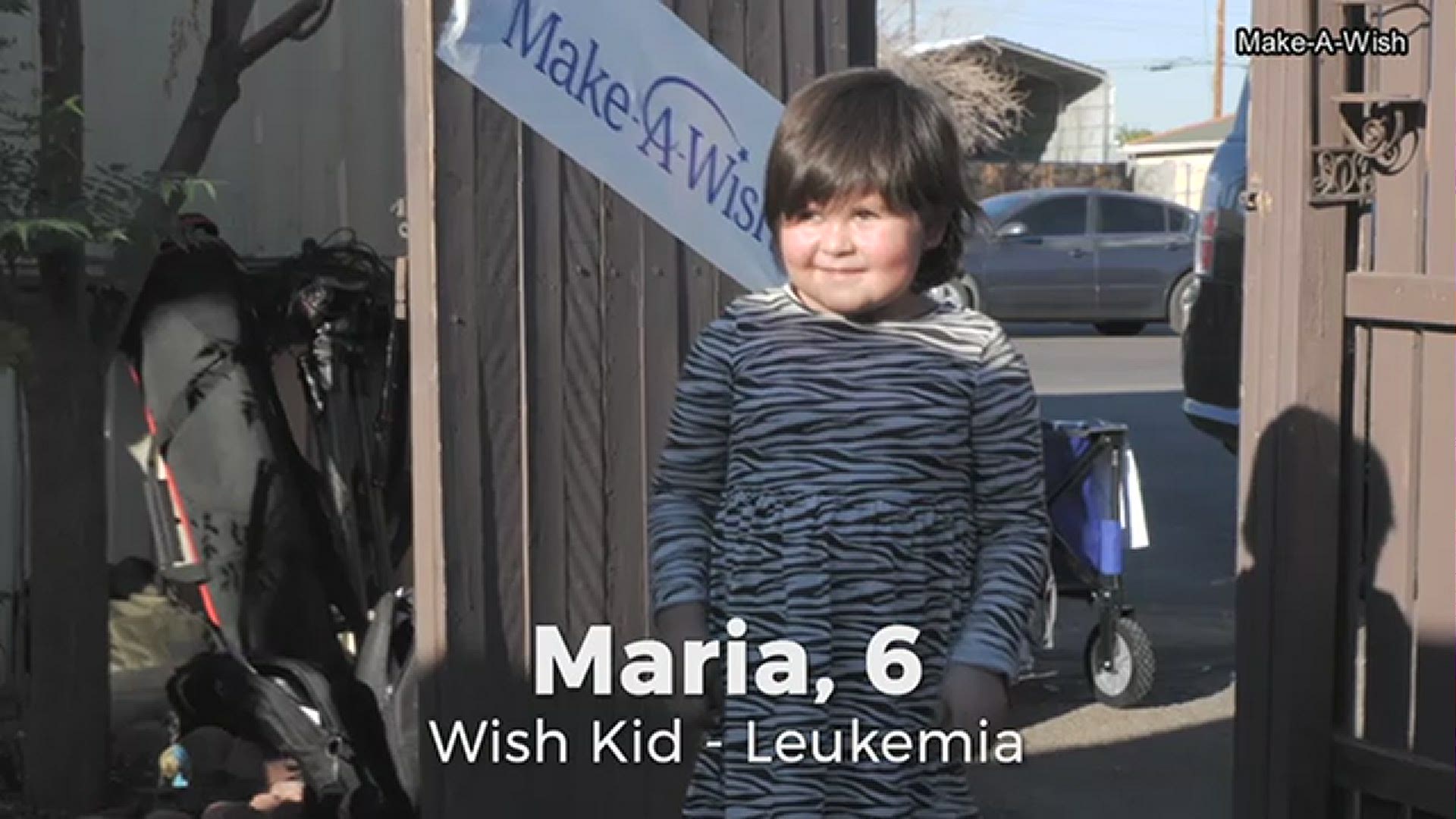 PHOENIX — A Phoenix girl undergoing leukemia treatment became a princess for a day and got another big surprise that she loved.

Maria Rondan Morales is a 6-year-old girl who was diagnosed with leukemia in July 2019. She’s undergoing treatment at this time.

Make-A-Wish Arizona was planning to grant her a wish earlier this year, but due to the pandemic, it was postponed.

Maria’s wish was to become a princess.

Make-A-Wish surprised her with a wardrobe that included five Disney princess dresses. It also included princess shoes, jewelry and crowns of course. She also got dolls and other toys.

As the princess that she already is, she had an entire time getting her ready.

Maria changed, had her make-up and hair done and was ready for another surprise.

She met Belle, the Disney princess, who read a book via Zoom. Belle had a treat for Maria. Since Maria’s first language is Spanish, the princess read the book in Spanish and chatted with her for a while.

Make-A-Wish said it was a wish one of a kind because is the first time a Spanish-speaking Disney princess granted a wish.

“It was good because I don’t know many words in English, and it was nice that she spoke Spanish,” said Maria.

Her mom said during their ride on a carriage that Maria was very excited that the princess she talked to virtually, looked like her and even spoke Spanish like her.

From virtual wish experiences to magical moments big and small, @Disney & Make-A-Wish continue to innovate and create unforgettable #DisneyWishes for kids like María. As a native Spanish speaker, she had a virtual visit–all in Spanish–from Princess Belle! https://t.co/j1EYDuZPN9 pic.twitter.com/xblut3Xx98

Make-A-Wish is celebrating 40 years of granting wishes to children being treated for a critical illness. Make-A-Wish has granted 500,000 wishes around the world and 140,000 wishes involved Disney.

Their Arizona chapter counts with 34,000 volunteers. If you wish to become a volunteer, click here.