Fire personnel responded to a fire on the first level of a home after neighbors called reporting alarms, Phoenix Fire Department said. 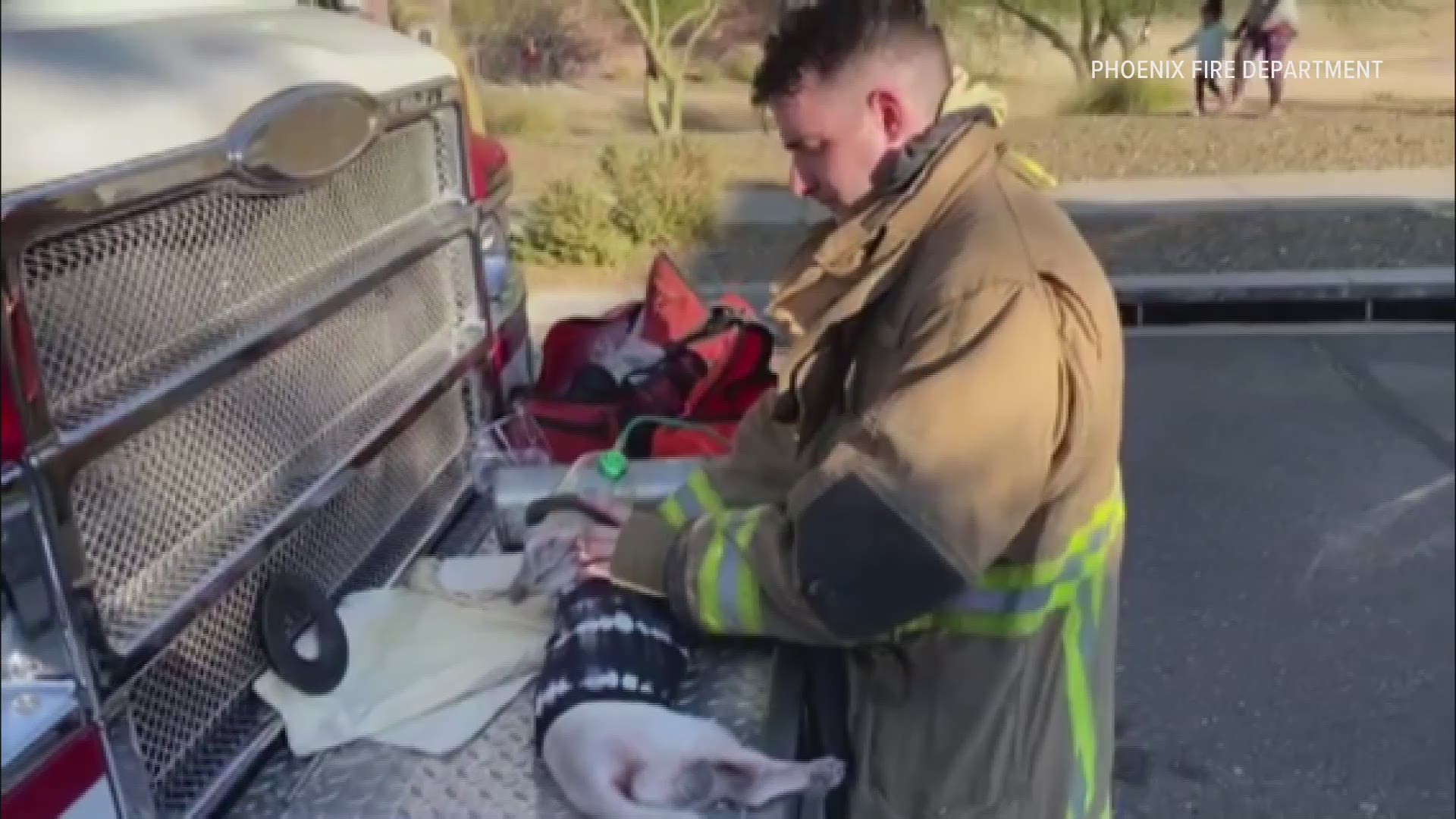 PHOENIX — Firefighters responded to a fire call in a two-story home in south Phoenix on Saturday, saving a dog. According to officials, the owners were not home at the time of the incident.

Crews arrived at the home after neighbors called reporting that they could hear smoke alarms and saw smoke billowing from the house, the Phoenix Fire Department said.

The owners of the home were not there at the time and responders began extinguishing efforts, authorities said.

While searching the home for occupants, the department said first responders found a small dog unconscious at the home. The firefighters used a Fido bag to resuscitate the dog and reunite him with his owners.

No one was injured in the incident and the cause of the fire is under investigation.