“We just kind of went by faith as to where we thought he was," one of the Arizona Humane Society's Emergency Animal Medical Technicians said. 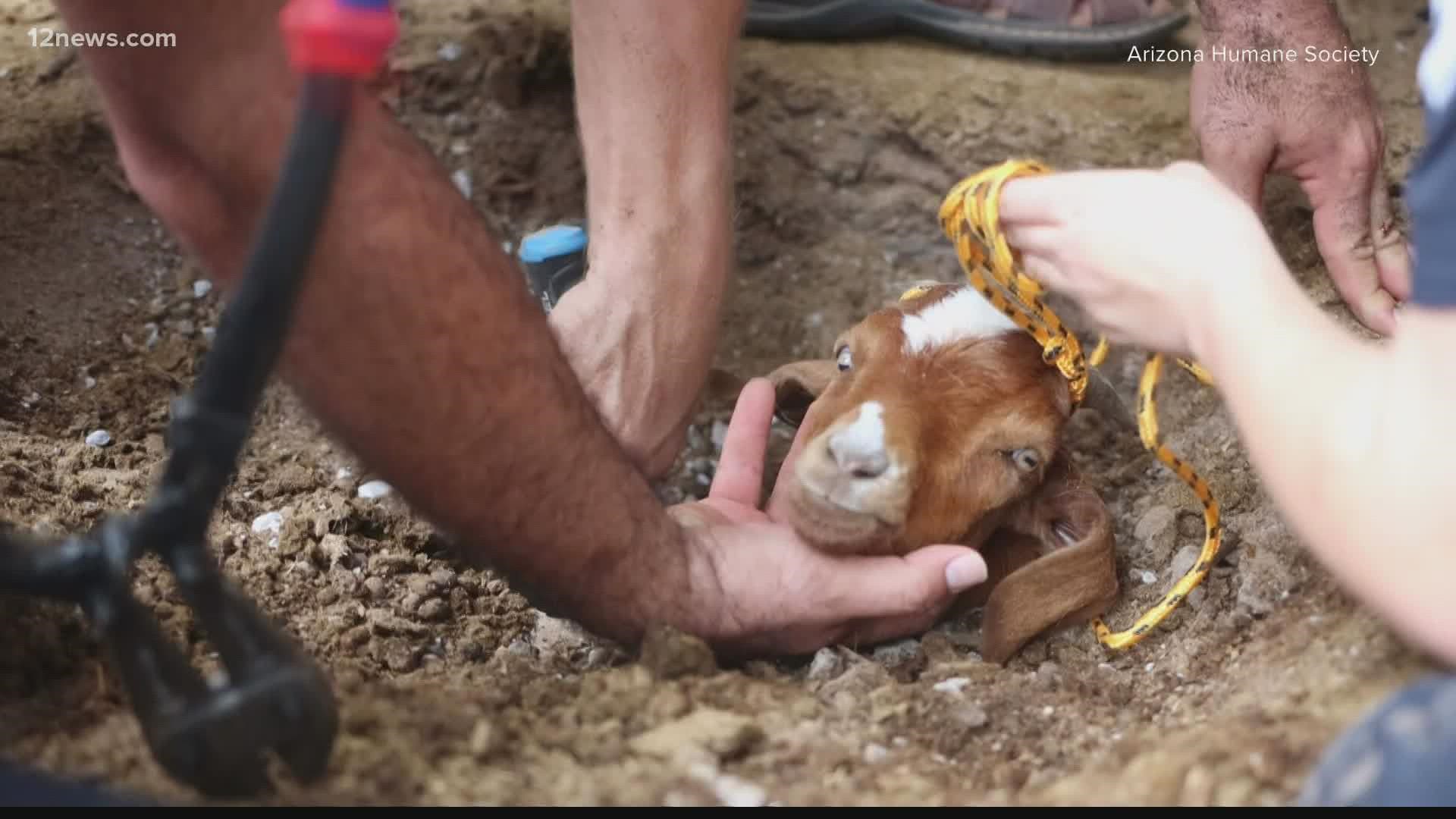 PHOENIX — Not too many rescue calls start with a neighbor reporting that they are hearing the cries of a goat coming from underground.

The Arizona Humane Society (AHS) said that's exactly the call they got on Tuesday that led to a long, but successful, rescue of an adorable baby goat.

The society said its Emergency Animal Medical Technicians (EAMTs) discovered that the neighbor of the caller's goat had fallen into a 250-foot long irrigation pipe after being washed away by one of the storms.

The team initially spent two hours trying to find the location of the goat, but had to abort the rescue until they could return the next day with a snake camera to try and locate the goat.

The next day, three EAMTs arrived at the residence to finish the job.

“We could not lay eyes on the goat at all, we never saw him before we started chipping away,” AHS EAMT Gracie Watts said. “We just kind of went by faith as to where we thought he was.”

The team dug for three hours in between the caller's house and the neighbor's house and finally found the goat...five feet from where they started.

One of the EAMTs was able to reach his hand down near the goat and, soon after, the goat moved in the opposite direction towards one of the holes in the pipe where the owner was able to grab his horns so he could no longer move. 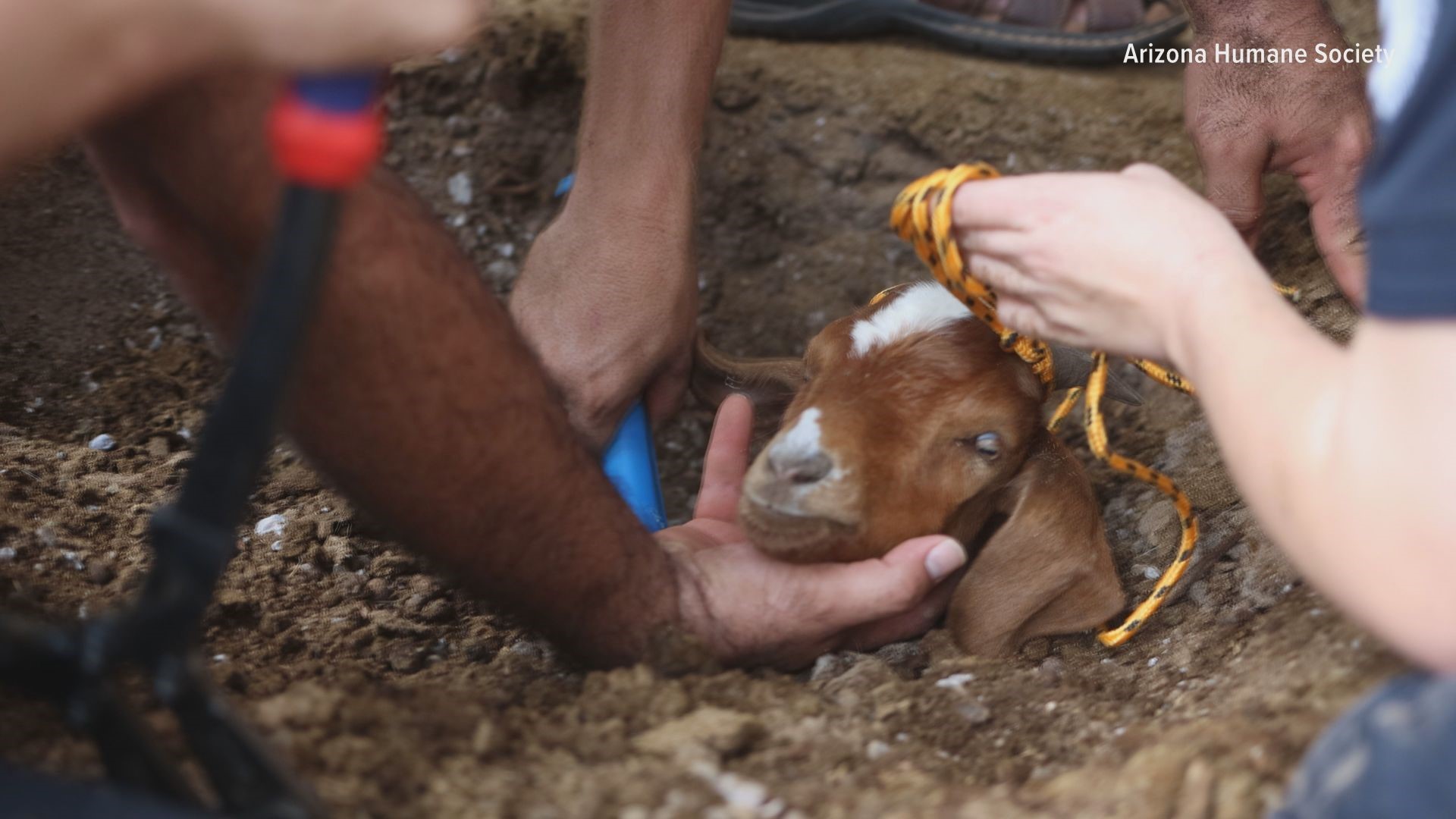 “We were never going to quit, but you get to that point where you start telling yourself that this isn’t going to happen,” AHS EAMT Andy Gallo said, who considered this the best rescue of his 16-year career with the society.

“He would’ve drown down there if we left him.”

Arizona has seen its fair share of severe weather. Watch a compilation of videos from various storms across the Grand Canyon state on our 12 News YouTube playlist here.