Love was certainly in the air at the Phoenix Convention Center. 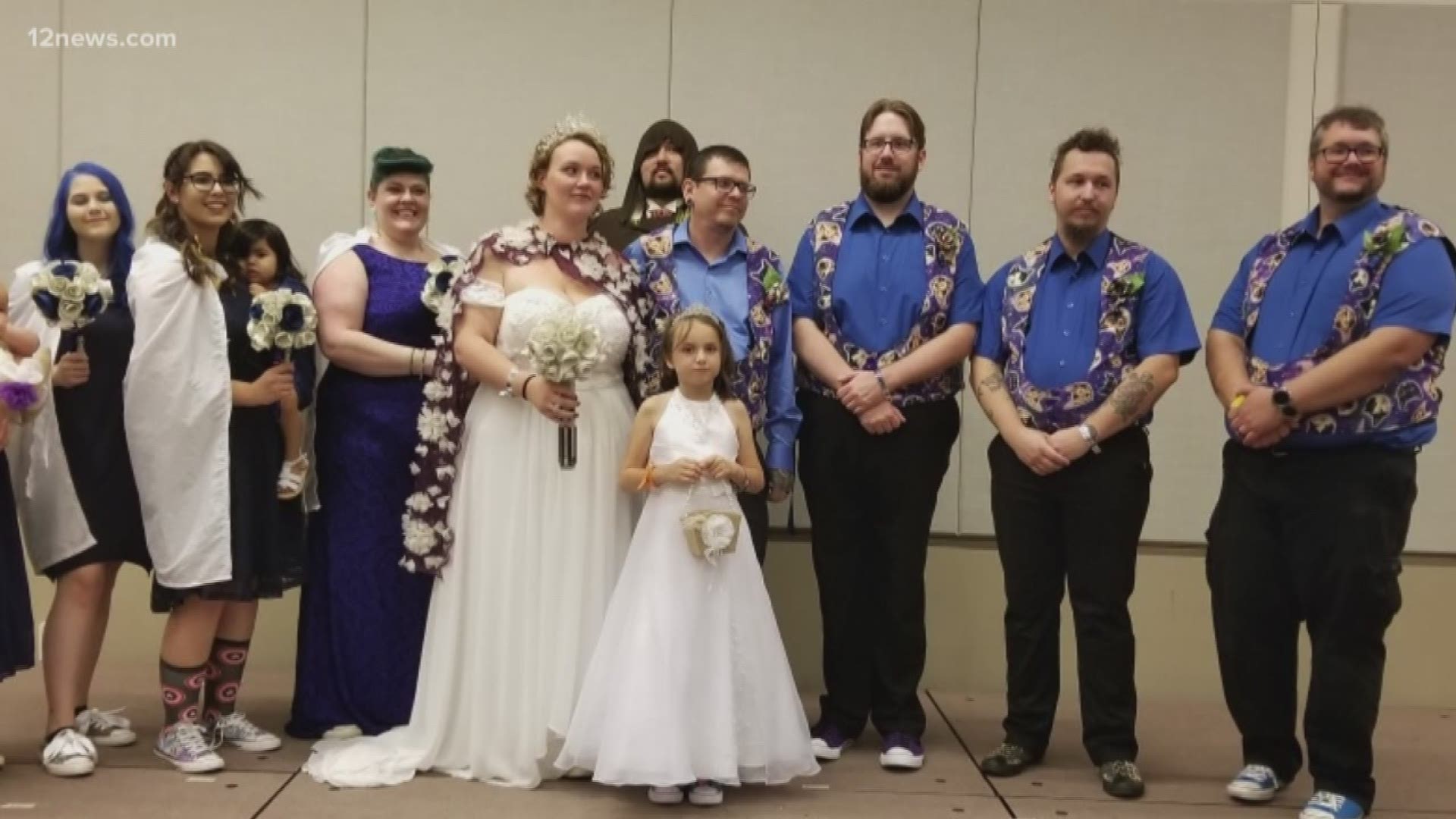 PHOENIX — A scenic overlook near the ocean. A stunning chapel in the serene countryside. An intimate hall at a luxurious hotel.

They are traditional options when one thinks of wedding venues. But what about a comic book convention? For one Valley couple, they couldn't think of any other place they'd rather be.

Phoenix Fan Fusion is taking place this weekend, and Holly and John are using this opportunity to tie the knot.

According to the bride and groom, the wedding party wore custom vests and capes and the entire ceremony was held in the convention.

Love and comics? Sounds like a match made in heaven.