After losing her puppies, Georgia the dog takes in some orphaned kittens at a Phoenix shelter. 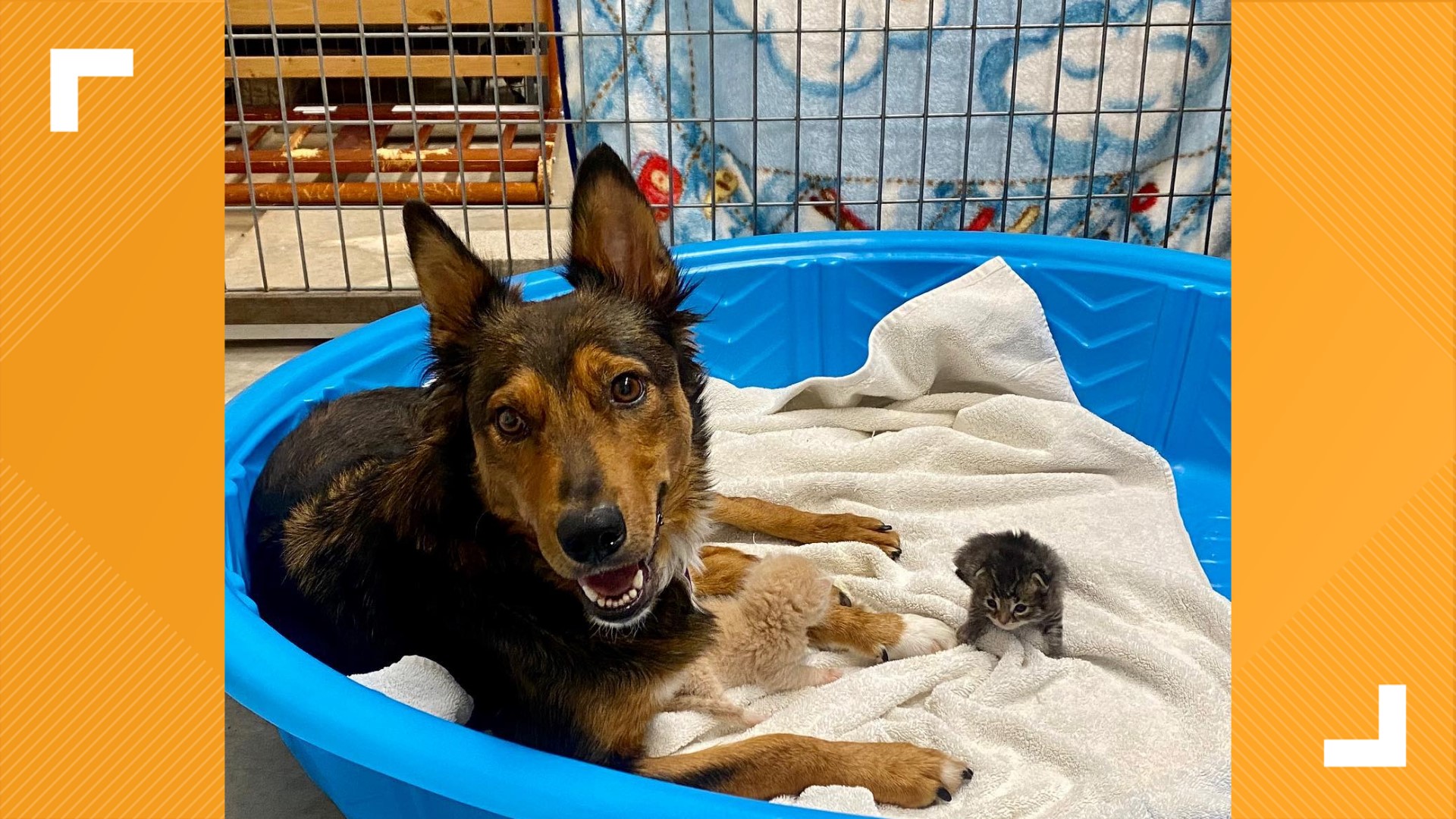 PHOENIX — Georgia, an Australian Shepherd mix, was recently rescued by the Sunshine Dog Rescue in Phoenix. And her story begins with a heartbreaking tale.

After being found living at a gas station by the U.S.-Mexico border near Rocky Point, the rescuers found out Georgia was pregnant. But unfortunately, all of her babies were born prematurely and did not survive.

Anita Osa is the Executive Director of Sunshine Dog Rescue and said Georgia appeared heartbroken after she lost all of her babies.

“She definitely appeared depressed,” Osa said. “But even more so, she was frantic.”

Osa described the scene when after she gave birth on a toddler bed. Once Georgia returned from the vet after getting an emergency c-section, she frantically tore up the bed looking for her puppies.

In an effort to help Georgia through this difficult time, Osa took to Facebook for assistance. She created a post looking for any animals that could benefit from a lactating mother dog. She ultimately found four orphaned kittens, who were in need of a mom. But Osa didn’t know if the unusual pairing would work out.

“I was certainly unsure,” replied Osa. “But I had seen other species nurse another species before, so I thought ‘worse case scenario she doesn’t take to them and I have some kittens I need to tend to myself.”

Sunshine Dog Rescue
Alpha, whose new name is Eliza, was a very good girl at the vet toda... y for X-rays of her broken leg. She definitely needs femoral head ostectomy (FHO) surgery. We need to run a tick fever PCR test first to make sure she is clear of TF before any surgery is performed.

Georgia, although her milk production is low, is now allowing her new “adopted” kittens to nurse on her, Osa said. One of the kittens died the first night, but the three remaining kittens are doing well. They continue to grow and are still receiving additional nourishment from bottle feedings.

Currently, Georgia and the kittens continue to recover at Sunshine Dog Rescue. When asked if a similar instance ever arises in the future, would she do this again, Osa replied, "absolutely."

All four have found their forever homes and have been adopted. And even better news, Osa said the roommate of the person who adopted Georgia also adopted one of the kittens.

So Georgia will be able to live with one of her new babies.

Olaf from the film, “Frozen,” said it best. “"Love is putting someone else’s needs before yours."

Georgia the dog just went through a saddening tragedy. But as she was grieving, she found the capacity to love and support others in need. A great lesson for anyone to learn.

No matter what species they are.

Editor's note: Georgia's new name is Milo and she is being treated for cancer, according to Sunshine Dog Rescue.