Her father, Joshua Kinnard, was a detention officer with the Maricopa County Sheriff’s Office. 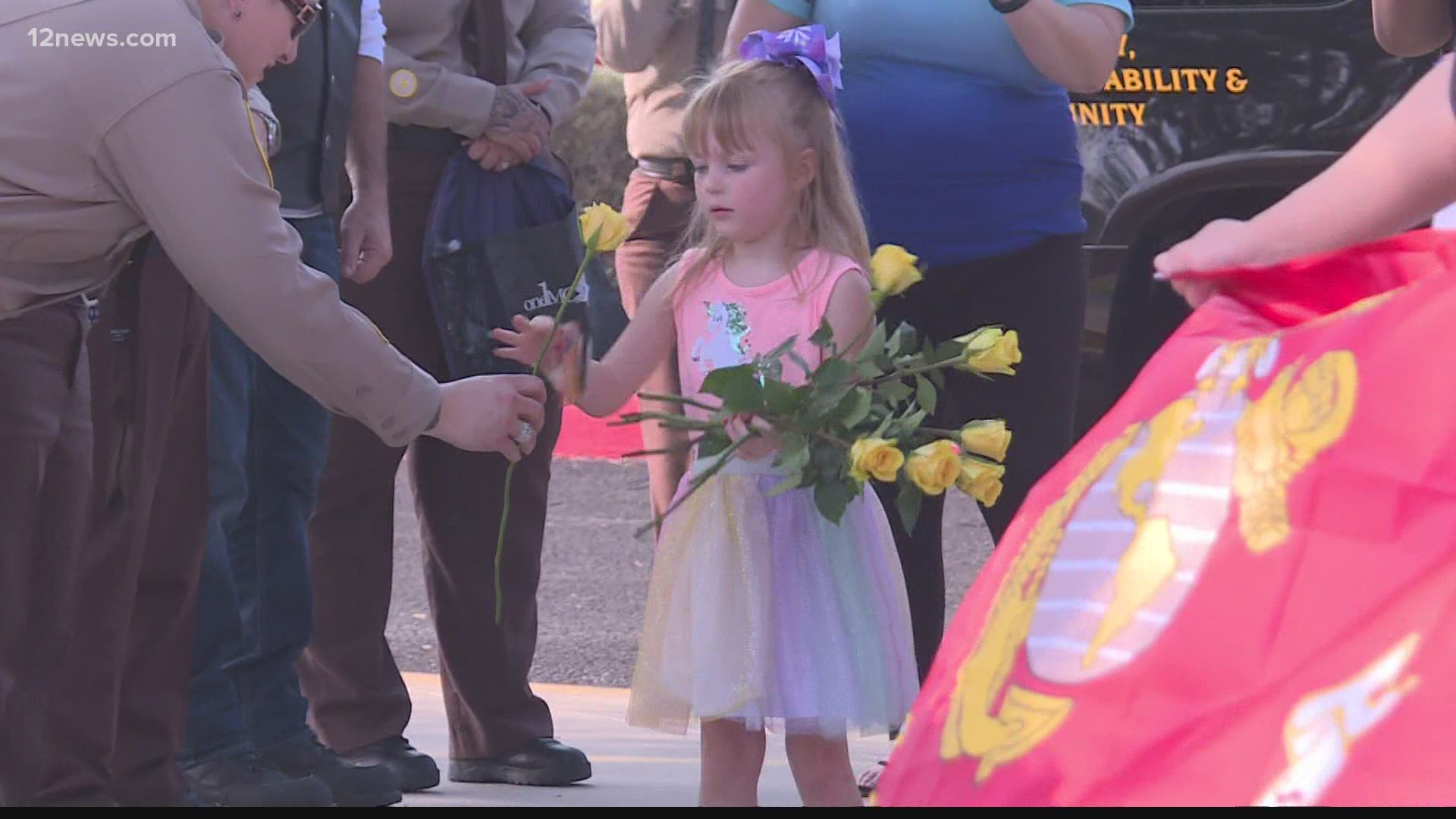 CHANDLER, Ariz. — The first day of kindergarten is always a special moment for kids. It's also a memorable experience because it's also when many parents see their kids off for the first time.

Julianna arrived at school on her first day of kindergarten at Conley Elementary School in style. She wore a pink and purple outfit with a big bow in her hair. Her favorite part of the day was the ride over.

“Getting into a police car and riding in it,” said Julianna.

The Maricopa County Sheriffs’ Office escorted Julianna to her first day of school. After a ride in the deputy’s car, she was welcomed with roses handed to her by those who served with her father.

“This morning when she got up. When she got dressed, she said ‘I wish my dad could be here to see this,’” said her mother Maggie Jones as she wiped away a tear.

Her father - Joshua Kinnard – A Marine Corps Veteran and was a detention officer with the Maricopa County Sheriff’s Office.

Kinnard served three tours in Iraq and Afghanistan and became an MCSO detention officer after his service.

Kinnard struggled with P-T-S-D and during an emotional breakdown in 2018 - he was shot and killed after drawing his weapon on a Gilbert officer.

Maggie Jones has since created the Joshua Kinnard Foundation to bring awareness to PTSD and help first responders and veterans going through mental health issues.

“He loved people. He would give you the shirt off his back. Just the kindest gentle soul,” said Jones.

Julianna was a toddler at the time of her father’s death but her mother said she still remembers her daddy.

“She remembers that they love horses. That he always gave her M&Ms before he would leave for work,” said Jones.

It was an exciting day for this kindergartener and an emotional tribute to Joshua Kinnard’s family.

“Today would’ve meant so much for him. To be able to walk her in to start her first day of school,” said Jones. 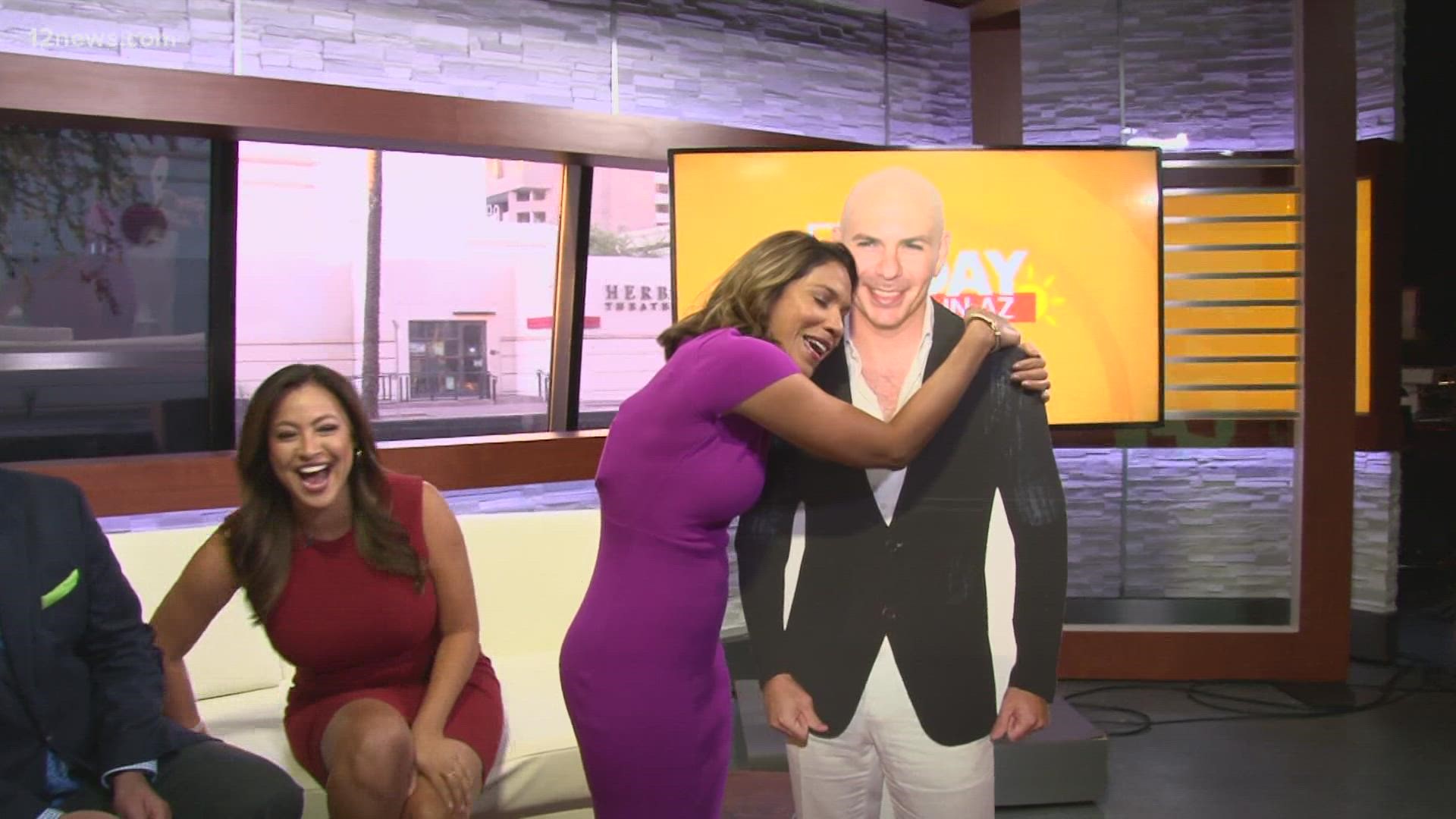 Mr. Worldwide surprises Rachel McNeal for her birthday live on Today in AZ