Maricopa family thanks first responders for saving their daughter's life 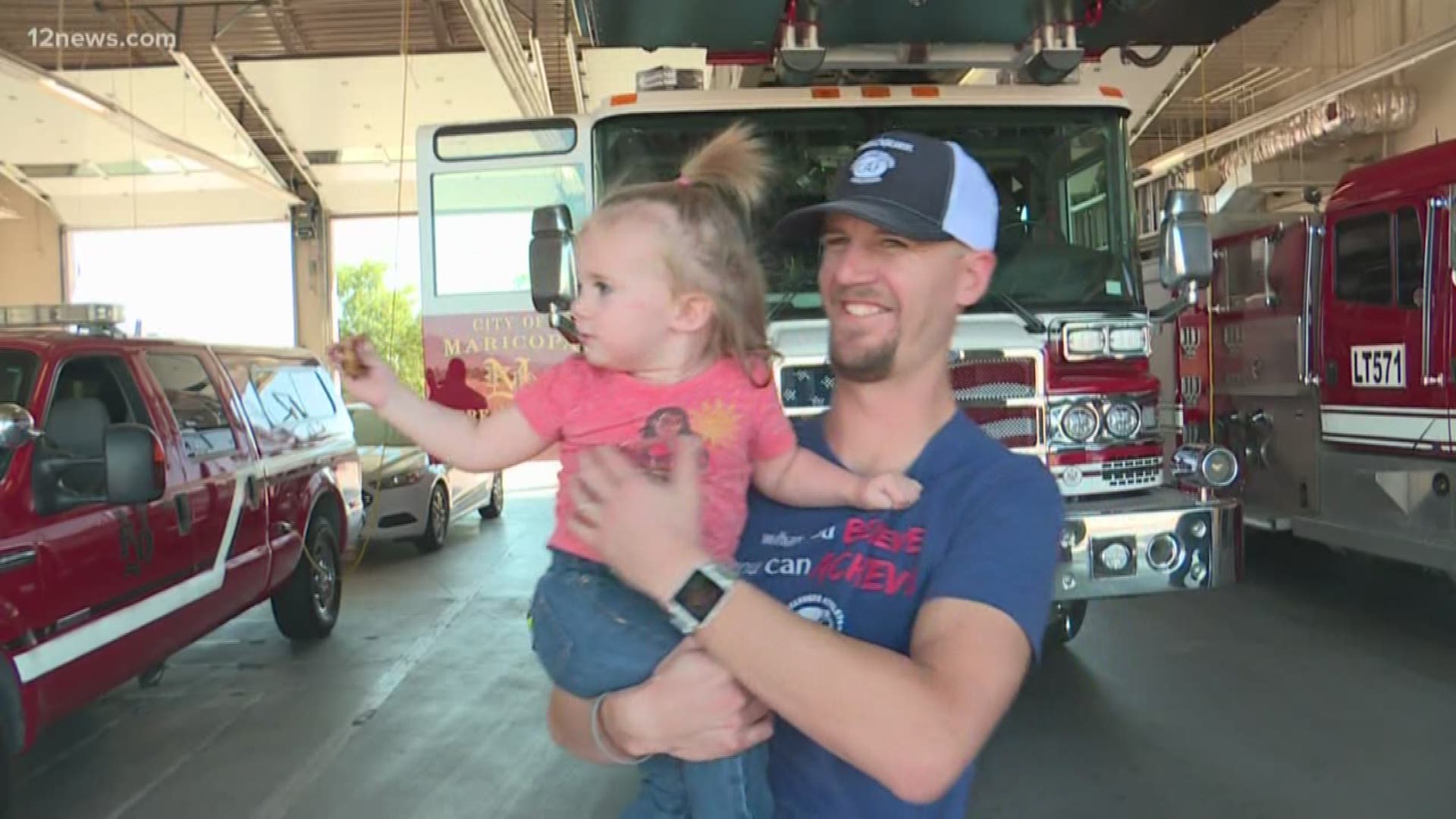 A Maricopa family is thanking the first responders who saved their young daughter's life after she nearly drowned in a pool last month.

Tyler Jump had nothing but praise for the city of Maricopa's fire and police departments after he nearly lost his daughter, Katie.

Jump and his wife were looking for help less than two weeks ago, when Katie was pulled from a pool, lifeless.

"Nothing was out of the ordinary then suddenly, an event happens. Scariest moment of my life."

Luckily, quick thinking and CPR performed by Katie's babysitter and the swift response from the first responders saved her life.

"I want them to know that without them, I don't know where I would be right now," Jump said.

Maricopa police officers also went out of their way to help the family that day, driving the family to the hospital in Mesa when they were too shaken to drive themselves.

Jump and his wife brought their children to Maricopa Fire Station 571 on Thursday to show their gratitude and let people know just how quick tragedy can strike.

"To see Katie running around the fire station, playing with her toys, laughing, giggling, this is what we wake up for, this is why we come to work," Maricopa Deputy Fire Chief Brad Pitassi said.

The good news is that Katie is doing great, with no signs of any lasting damage or trauma from the accident.

If you would like to nominate a hero in your community, send us an email at connect@12News.com.