Before the change, Arizona statutes said that stepparents couldn’t adopt their former stepchildren. 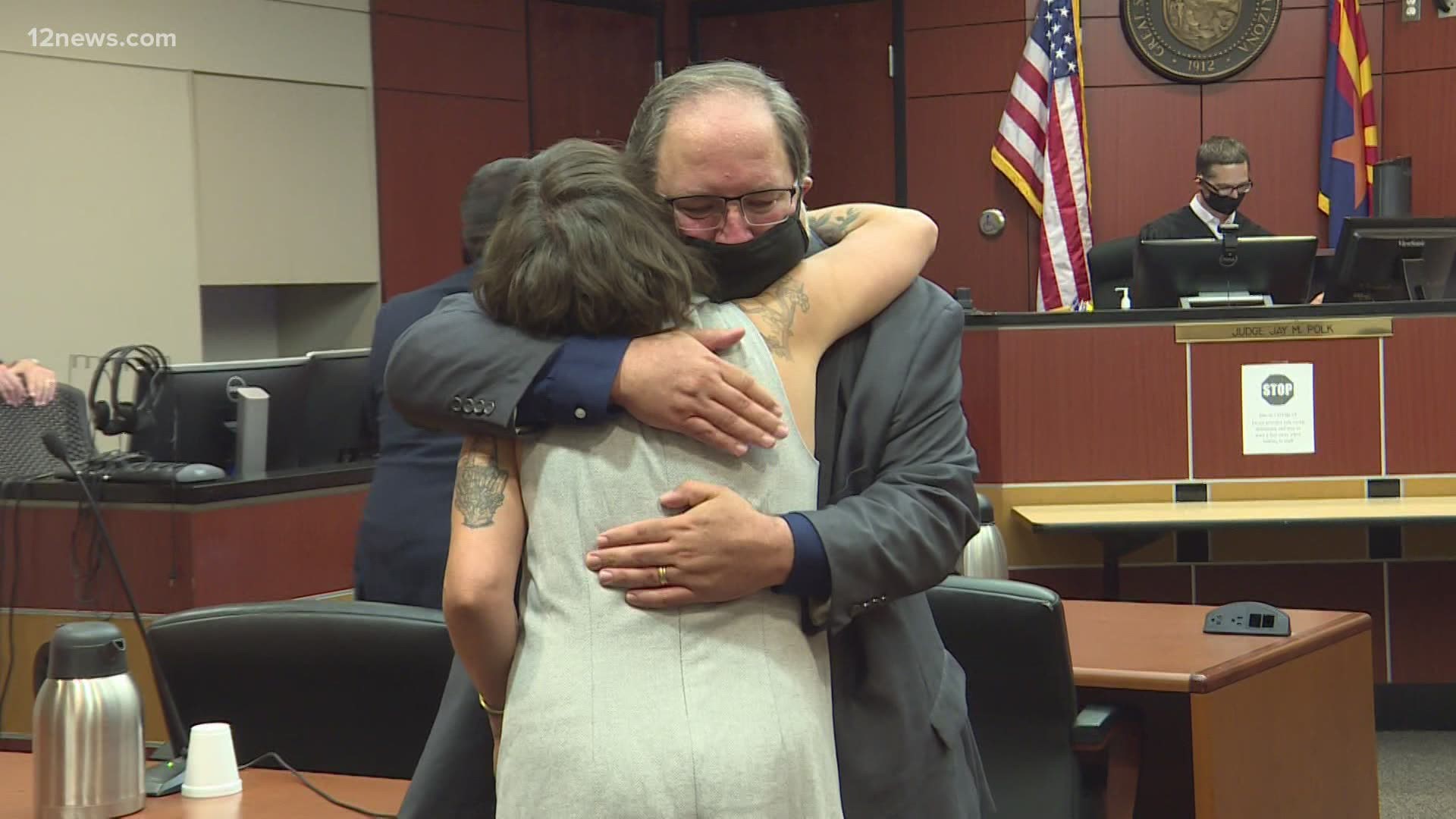 PHOENIX — For stepparents or foster parents wanting to adopt their wards, there was no way in Arizona to legally do so until one stepparent worked to change the system.

Michael Searle had been a father-figure to Mandia Gonzalez for most of her life. He married Gonzalez’s mother when Gonzalez was just eight years old.

The marriage may only have lasted 11 years, but Searle and Gonzalez have kept a close bond.

“He’s my dad. He’s the one that I will go to when I need help and I’ll always be there for him.” Gonzalez explained.

When the notion of adopting Gonzalez a few years ago came up, it was a no-brainer. While she was at this time an adult, she had no legal rights if something should happen to Searle. Likewise, Searle had no right should something happen to Gonzalez.

The path towards adoption was harder than either of them imagined. At the time, in Arizona, she was too old in the eyes of the law to be adopted.

“That petition was dismissed because, at the time, Arizona statutes said that former stepparents -- former only to the eyes of the law -- couldn’t adopt former stepchildren,” explained Kevin Hanger, an attorney with Guymon Law in Chandler, Arizona.

So, Searle and Gonzalez set out to change the law. Hanger enlisted the help of Nick Simonetta, a political consultant at Pivotal Policy Consulting to help get a new law passed.

Simonetta brought the issue up with Arizona State Senator David Gowan, who sponsored the bill.

“I’ve got to say, the bill was embraced in a bipartisan way,” Simonetta said.

By June, the bill had made its way to the governor’s desk, where Gov. Ducey signed it into law. A.R.S. 14-8101 now allows stepparents, former stepparents, foster parents and others to adopt adults in Arizona.

“It is therefore ordered, approving the adoption of Mandia Gonzalez by Michael Searle,” said Judge Jay Polk in his ruling, making their relationship as father and daughter official.

“We, as a society, have the opportunity to make a change and to me, it is the best lesson that the two of us could have learned in how government works and works for us,” Searle said of the experience.

Gonzalez now has a father and Searle has a daughter, in the eyes of the law, not just in their hearts.