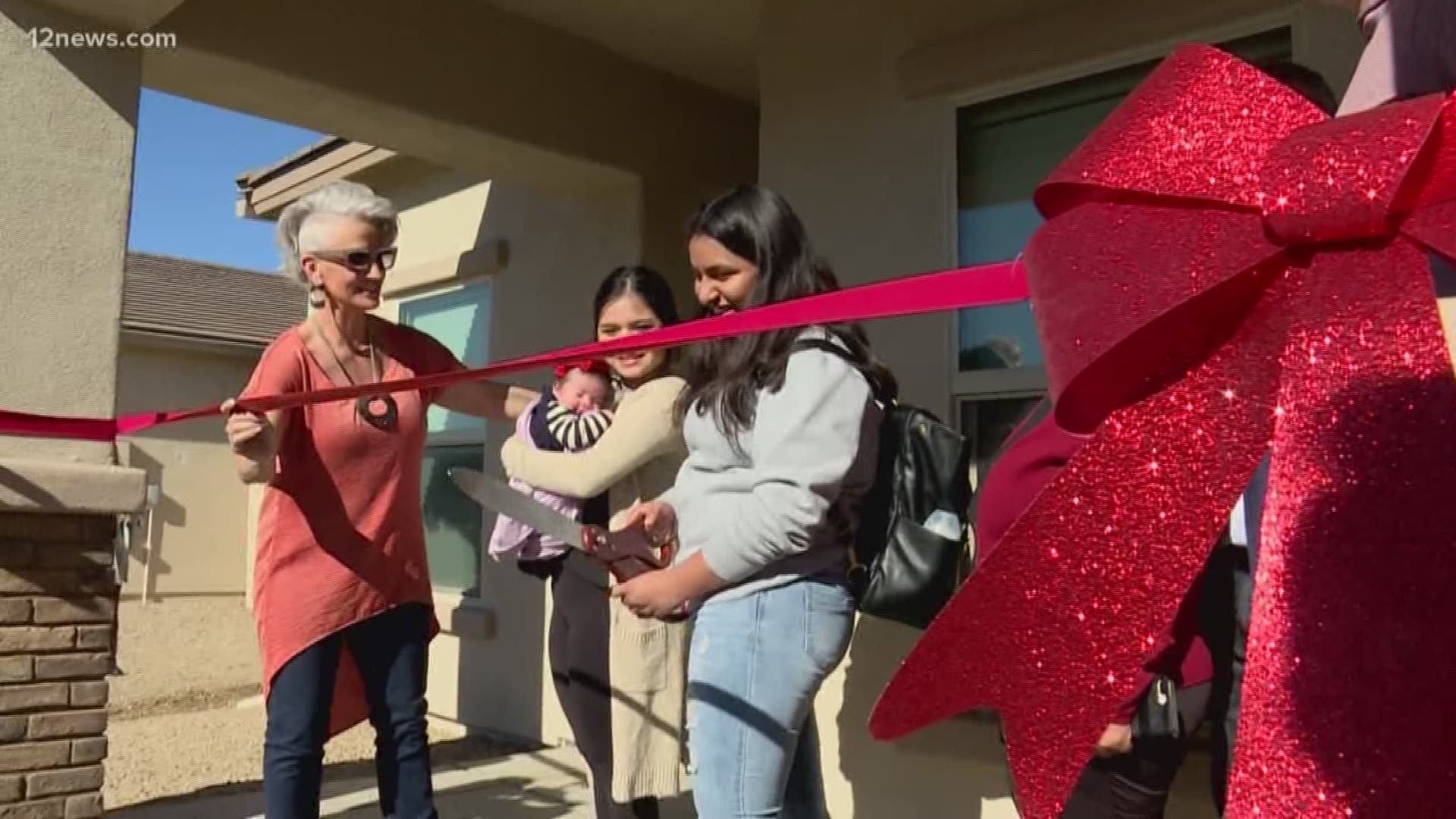 “This is a total surprise,” said Jason Barlow, president and CEO for Habitat for Humanity Central Arizona.

The first surprise was inside a modest Glendale home. In the last week, local benefactors had the space fully furnished.

Sulma Magana and her daughters showed up at their new Glendale home Thursday morning expecting to finally be getting the keys to the house.

Instead they were met by the Warners, Barlow and an invitation to a surprise party—complete with a ribbon cutting ceremony.

After cutting through a bright, red ribbon, Magana and her daughters slowly opened their front door to a sight that left them speechless—literally.

“Surprise!” came the shout from an excited Brenda Warner, imploring her honorees to make their way inside to explore the newly decorated home.

Everything from the kitchen to the bedrooms, to the living and dining room set, was not only a blessing, but a reward for the work they had put in to buy this house.

Later Thursday morning, it was on to south Phoenix, where the Warners were spreading more "Homes for the Holidays" cheer.

This time Yurel Peraza, her mom, Yurel's sister, Aurelia, and 6-week-old daughter, Sophia, were treated to a holiday home tour like no other. On this tour, though, everything in their new home was also brand new, including one piece that definitely caught Yurel's eye—a crib.

“We'll just wait until we get the house, when everything is settled we'll buy the crib,” Peraza recalled.  “So yeah, that was a bit overwhelming to see that,” she said.

The sight of a new bedroom for Aurelia brought her to tears, but it also came with a new best friend, Brenda Warner.

“Good day, good day,” Brenda said putting her arm around her new, young friend. “You're worthy of this; I'm so happy for you and your family.”

Kurt Warner added, “Today we are thankful for the power of teamwork and dreams realized. This could not have been possible without the incredible generosity of Aaron’s, U-Haul and Brooklyn Bedding!”