The school social worker, Danet Garcia, had passed out on campus after dangerously low blood sugar triggered a diabetic emergency. 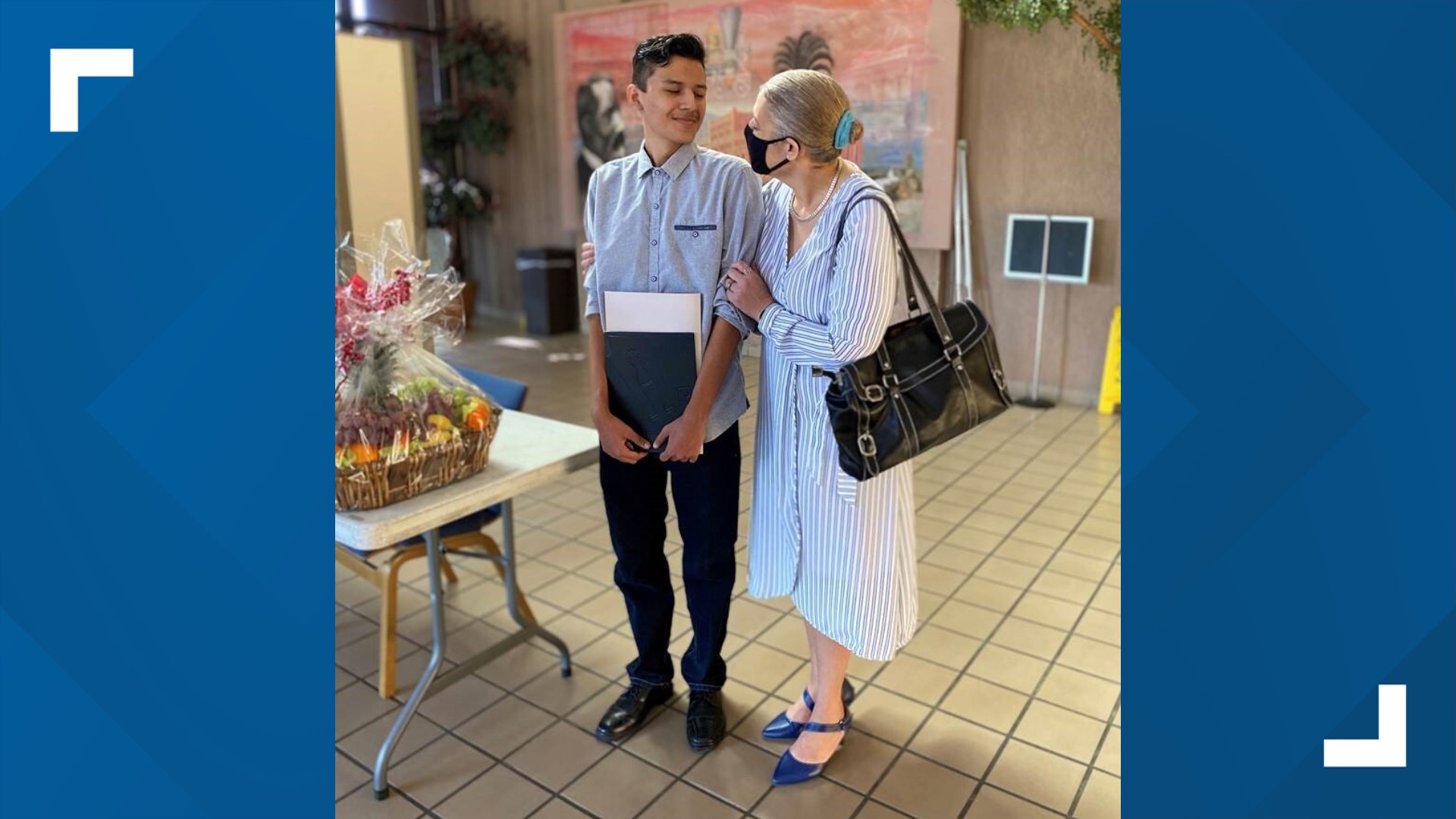 GLENDALE, Calif. — A teen was recognized Tuesday morning for his actions which may have saved a woman’s life earlier this month.

Diego Garcia, a student at Glendale High School, was walking near campus on Nov. 2 when he heard noises from a locked area of the school and went to investigate.

The school's social worker, Danet Garcia, had passed out on campus after dangerously low blood sugar triggered a diabetic emergency.

The 17-year-old found Danet lying face-first on the sidewalk, and he immediately came to her aid. Diego called 911 and jumped a fence to unlock a gate for medical crews as they arrived.

Diego was reunited with Danet during an award ceremony where he was given a life safety certificate and hailed by Glendale Mayor Jerry Weiers.

Danet says she believes she would not have survived the night if Diego hadn’t found her.

On November 2, @GlendaleAZ, HS Senior Diego Garcia, stepped up & did the right thing when he noticed a HS staff was in dire need. His bravery & quick thinking saved a life. I'm proud to honor him with a Proclamation. #makeadifference #DoTheRightThings pic.twitter.com/9CErvQv1iz