Shannon Cook had a wish of being able to drive her kids around -- and the community answered in a big way. 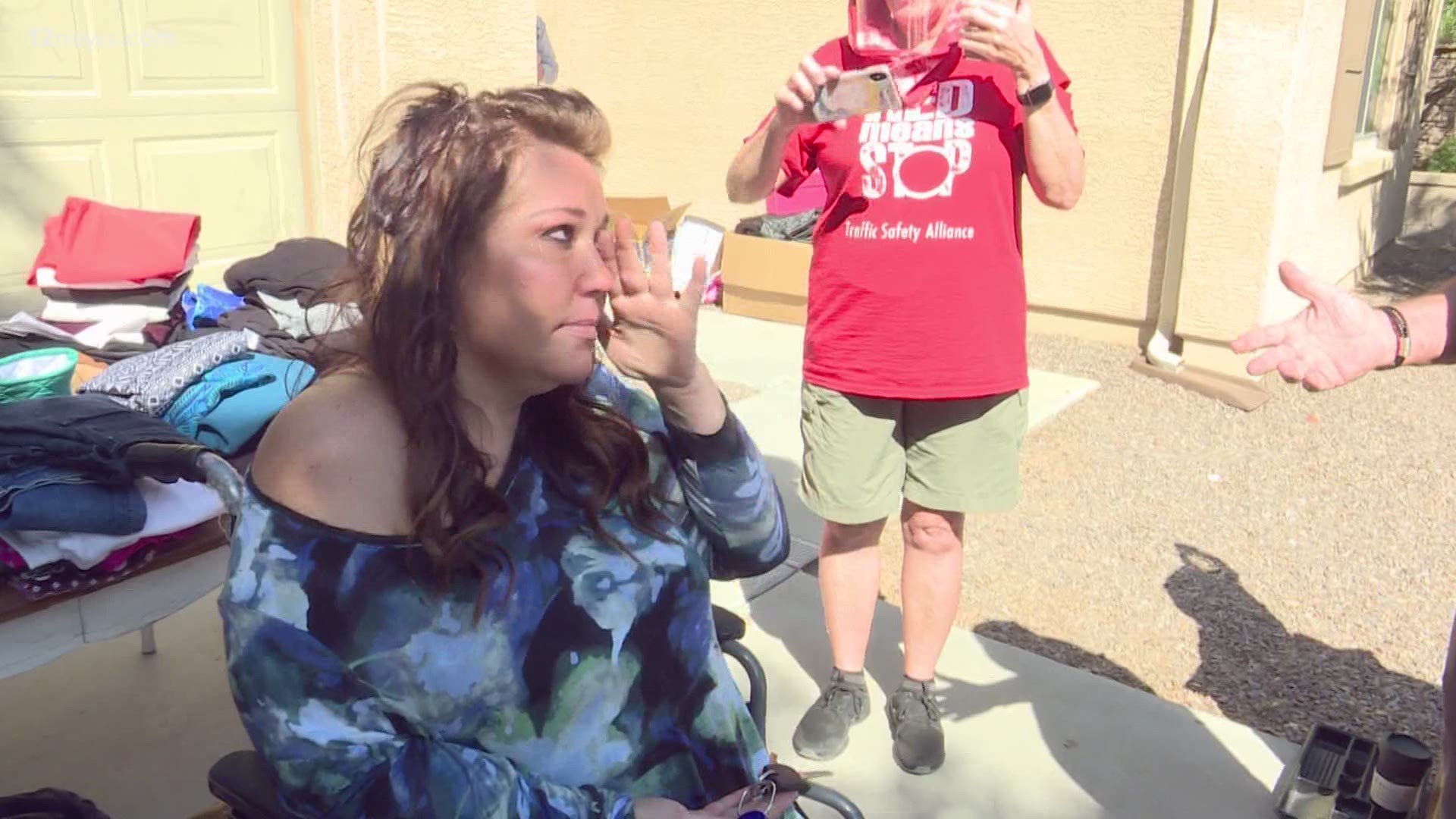 GILBERT, Ariz. — When life struck an unexpected blow to Shannon Cook, she didn’t back down.

The Gilbert mother of nine children rolled with the punches as best as she could and continued to try and provide for her kids.

“I’ve had amazing friends and family who have kind of kept me up,” Cook explained.

While recovering from knee replacement surgery, she suffered a setback. A month after the replacement, Cook slipped and fell, tearing her quad muscle.

The tendons ripped from the newly replaced knee. Her doctors attempted to rebuild the whole knee section, but the damage was too extensive, and amputation became the only option.

“Going from a mom that usually worked two to three jobs and being very active. I have nine children total, but just four at home,” Cook said. “Having one leg and being in this chair wasn’t what one sees their life being like at 50.”

But those amazing friends that Cook mentioned earlier have come through for her and her family time and again.

Besides hosting garage sales to help make ends meet, one of her closest friends had a little something else in store for Cook.

“Well, I see how much of giver she really is,” said Barbara Hoffman, a friend of Cook’s and a volunteer with Red Means Stop Traffic Safety Alliance. “She’s always wanting to help others.”

Through Hoffman’s connections at Red Means Stop, Hoffman met up with Howard Fleischman. He volunteers with Red Means Stop and NARPRO Auto Repair Professions, an organization of auto mechanics who strive to provide honest and courteous service to customers.

Fleischman knew of Jorge Erazo, the shop manager with S and S Tire and Auto Service, who had a late-model Chevrolet car that needed a transmission but was otherwise in good shape.

Why all this matters is Cook’s car was totaled in an accident during a rainstorm in 2019 by one of her children. Since then, she has been getting around using driving services and friends. Hoffman nominated Cook to NARPRO for a donated car. NARPRO delivered.

As Cook was holding a garage sale, Fleischman and Erazo pulled up in her new car, fully restored by the folks at NARPRO, and handed the keys to an unsuspecting Cook.

“We’ve heard your wish this year with everything going on was to have a vehicle so you can move your children around. You have a vehicle,” Fleischman said as he handed Cook the keys.

Over the past year, before her car was totaled, Cook had taught herself how to drive with just her left foot. She pulled herself into her new Chevy and took it for a test drive.

“We don’t look for people, they usually come to us, come to NARPRO and we are here to help,” said Erazo.

When Cook returned from her test drive, she explained some of her outlook on living within the confines of a wheelchair. “It doesn’t change who I am in my heart, in my mind. So being in this chair is just how I’m getting around right now, but I just don’t lose my hope.”

Cook as another surgery coming up to shave another five inches off her leg, to allow her to be fitted for a prosthetic leg.

The family and friends of the Cooks hold garage sales to help the family make ends meet.

Anyone who is interested in taking part in the garage sales, either in-person or virtually, can contact shannonl.cook2018@gmail.com for more information. 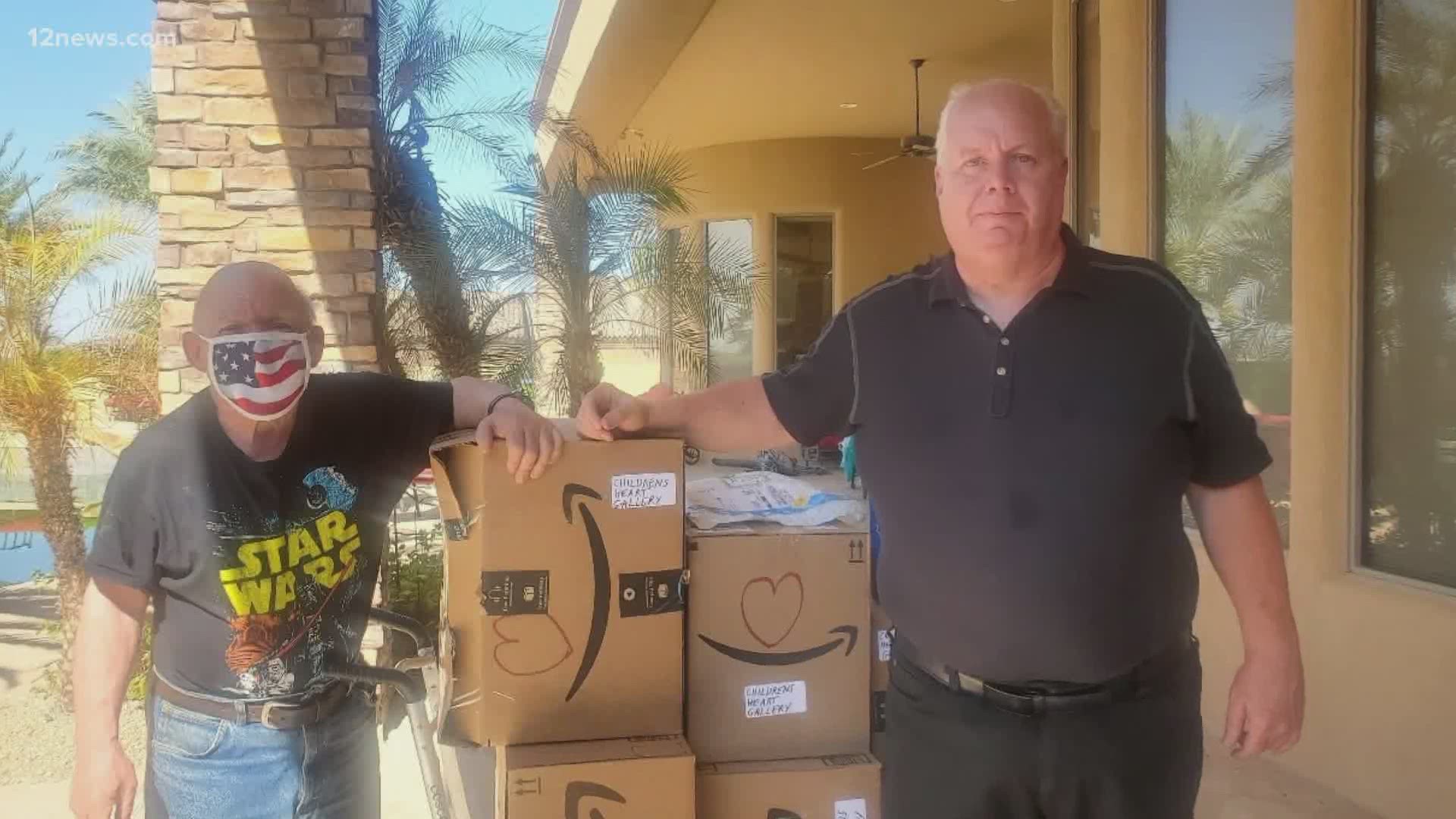