Gilbert community comes through for mom in need 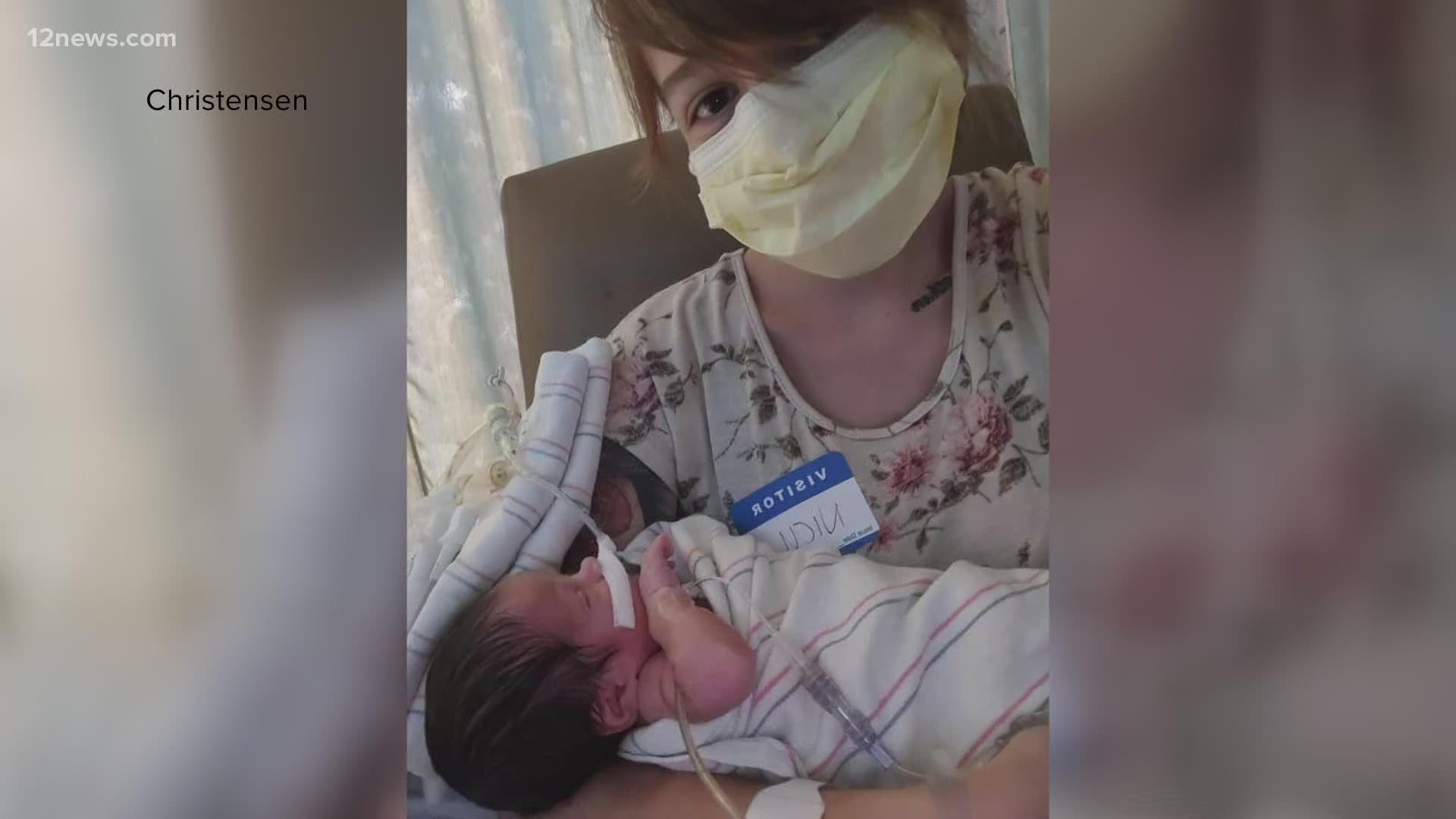 GILBERT, Ariz — An East Valley mom has been blown away by the kindness of a neighbor she had never met before after making a post on Facebook asking for help.

The mom had just delivered a baby boy who she says went straight to a hospital’s Neonatal Intensive Care Unit, and she needed some immediate help.

“So, she tells me to push, and I give about like half a push and he just like slipped out,” she said. “It was so crazy.”

Christensen says little Leo was also born with Gastroschisis, a condition where the baby’s intestines are outside of the body.

“Our case was very fortunate, and it was a very simple case,” she said.

While Patricia says Leo is doing great, she still needed help with something for him. So, she reached out with this post on the Go Gilbert group on Facebook.

“I did not expect it to blow up the way it did,” Christensen exclaimed.

The Facebook post was an ask for a reasonably priced deep freezer to help store breast milk for growing Baby Leo.

It racked up more than 2,000 reactions, and neighbor Gayle Hawkins did more than just leave a quick comment.

“I just know all of the things that go along with having a child that’s in that type of situation. I just knew she had more on her plate that she needed to worry about,” Hawkins said.

Gayle says she immediately began shopping around, but because of freezer demand during the pandemic, she had to do a little extra digging.

“Found it in the store, the last one,” she said. “And it was too big to put in a cart, so I shoved it through the store and that’s what happened.”

“You’re so amazing, you do not have to do any more running around. I’ll wait until my husband gets off of work, and we’ll come pick it up from you,” Patricia replied.

“She and her husband came by after he got off of work and we were very good about social distancing, but we had to give each other a hug,” Hawkins said.

“We all had our facemasks on, and we told her 'thank you' and she had her kind words to say,” Christensen said.

“Right now, I’m pretty much in a cabin cruiser and somebody may be out there in that storm in a dingy and might need help. Why not help when you can?” she said.

It was a neighborly gesture from mom to mom.

“Her only response was just, ‘I love that little guy,’” Christensen remembered. “I just feel like this is my way of paying it forward.”

It was all to help feed this little boy while impacting hundreds of more neighbors online at the same time.