Rachel’s son Zaadii was killed by a distracted driver in Flagstaff in 2015, while dressed as his favorite superhero. 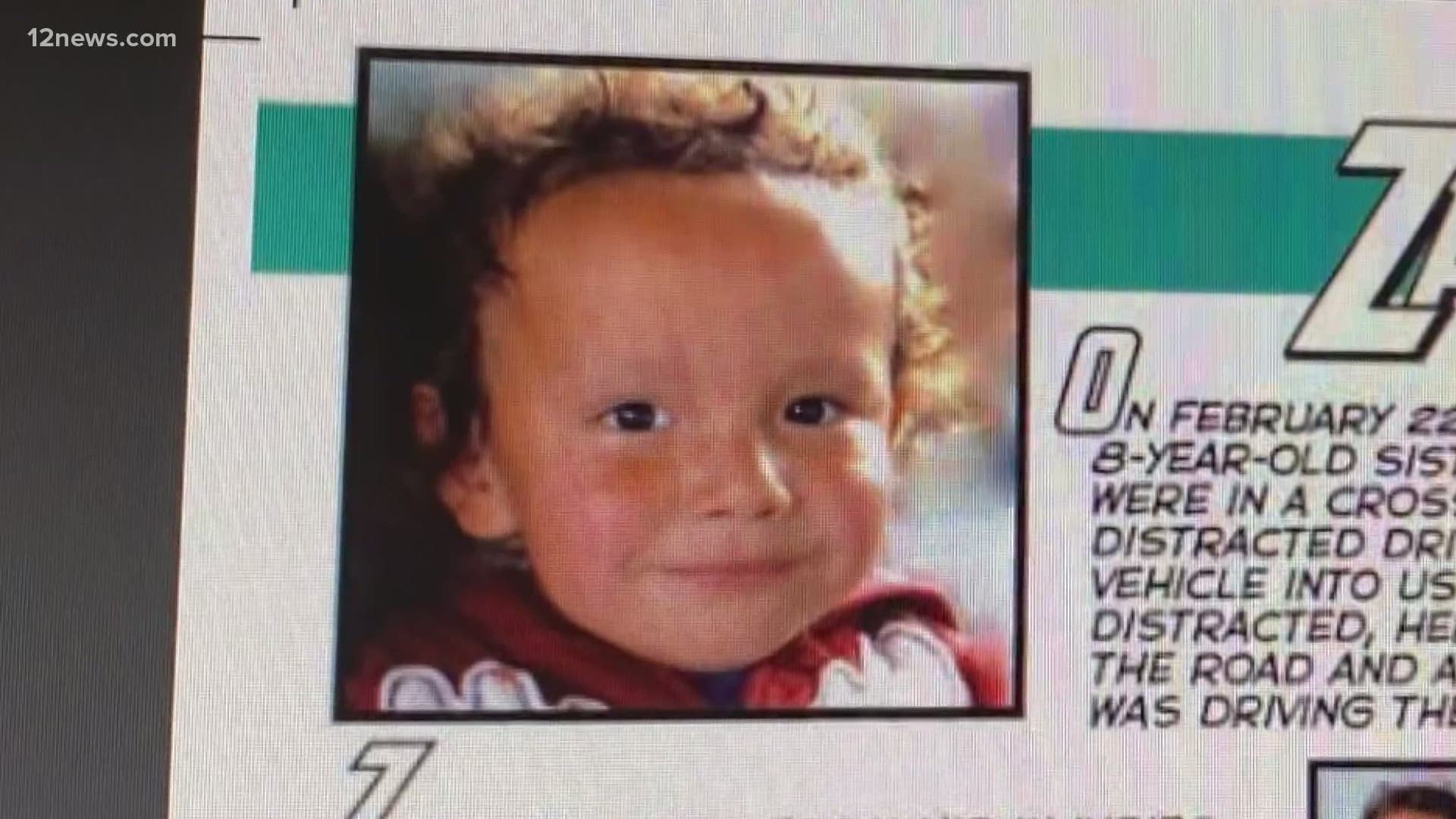 FLAGSTAFF, Ariz. — A Flagstaff boy killed by a distracted driver is being immortalized as an Indigenous Superhero.

The 3-year-old boy's mom spoke with 12 News, sharing what happened and how the comic book, created in his memory, encourages mindful driving.

"We were almost all the way across a crosswalk when a distracted driver turned the corner and came into the wrong lane and hit the 3 of us," said Rachel Tso Cox.

5 years later, the reality is still sinking in. Rachel’s son Zaadii was killed by a distracted driver in Flagstaff in 2015, while dressed as his favorite superhero.

"Zaadii could not heal from the injuries that he received that day and he died about 13 hours after being hit,” she said. "That has left this gigantic whole in all of our hearts."

When Travelers Insurance heard what happened, they reached out, asking if she wanted Zaadii to be a part of a distracted driving PSA.

"They wanted to do a comic book with Zaadii as the superhero and I agreed,” said Tso Cox. “I thought it was a great idea."

"…worked with some amazing comic book superstars, superheroes,” she said. "It's told in a way that really honors the superhero that Zaadii thought that he was."

It is a full-on comic about Z-Hawk and in the end, you learn it's based on a real story.

"And that the real person, died due to distracted driving," she said.

Zaadii: The Legend of Z-Hawk, gives you an idea of what he would've been like as an adult.

For Rachel, it's therapy and a chance to raise awareness.

An incredible way to turn a tragedy into a legacy.

Because it happened in a parking lot, the rules of the road don't apply, so it ended in a plea deal with Rachel asking to do a traditional Navajo Peacemaking ceremony. It was the first of its kind done in the Coconino County Court system and done off the reservation.

Check out the comic book here.

Distracted Driving: Zaadii's Unfinished Story | Travelers Insurance
Zaadii fights for environmental justice as a lawyer by day, and the superhero Z-Hawk by night. He's a protector, always doing what's right with the help of his friends, and the guidance of his ancestors. Read the full comic here!