Family finally gets to take quintuplets home to Utah

More than six months after Jaime Scott moved to Phoenix to ensure her quintuplets arrived safely, the whole Scott family is heading home to Utah. 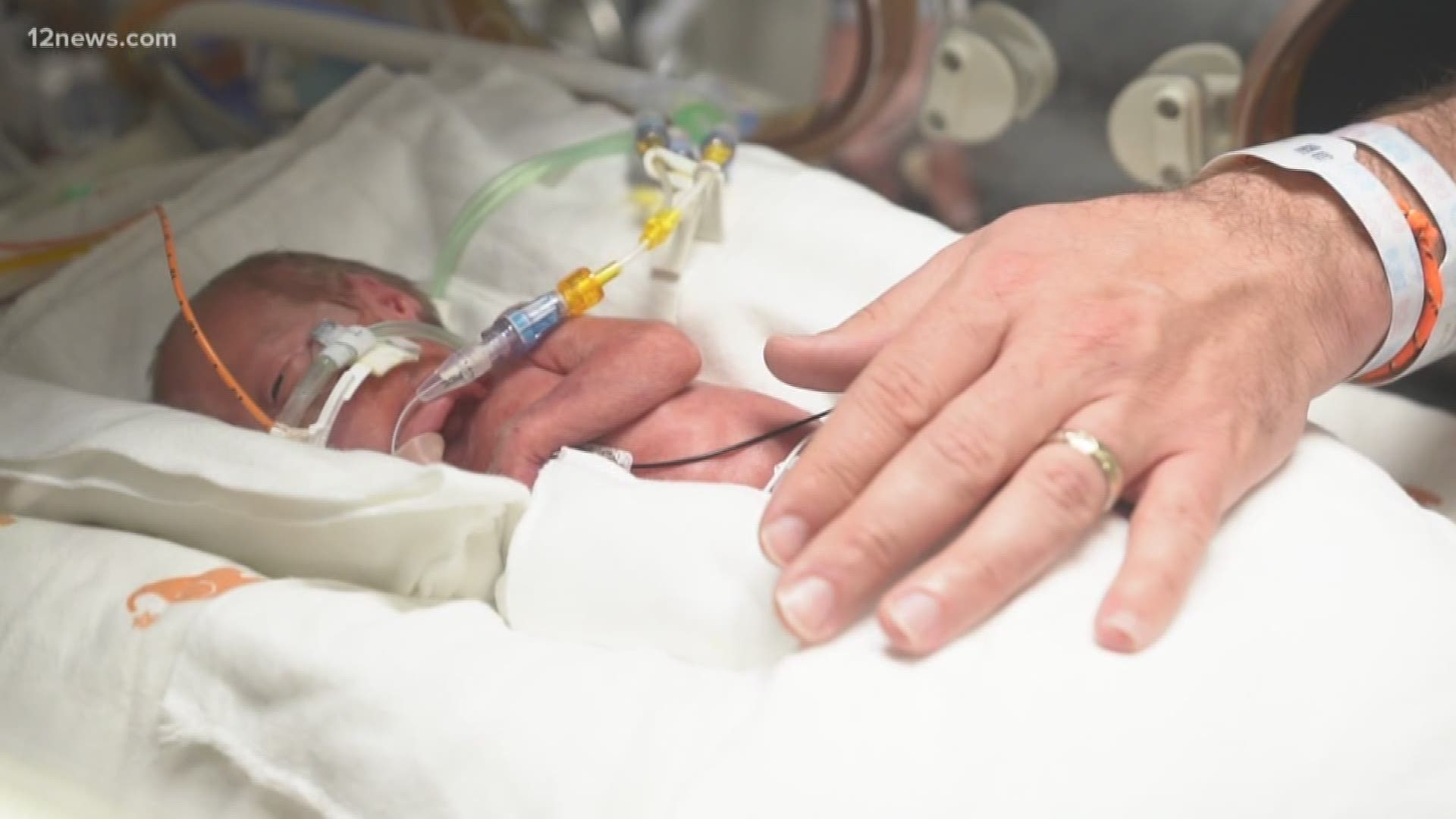 Almost six months ago, just after Christmas, Jaime and Skyler Scott moved their family to Phoenix so they could deliver their quintuplets with the help of an area specialist.

The babies were delivered March 21 at Dignity Health St. Joseph's Hospital in Phoenix at only 29 weeks.

And finally, two days ago, the Scotts announced via a YouTube video they were bringing their last two babies, Lily and Logan, home. Logan, Violet and Daisy were released just a few days earlier.

With Lily and Lincoln finally getting the ok to come home, now the family preparing to move everyone back to Utah.

While the parents said they're so thankful for all the friends they've made in Phoenix, they can't wait to be back home.