Ivan and Sarah Grado returned with comfort gifts that made them feel loved when they were in the hospital with their son who had open-heart surgery. 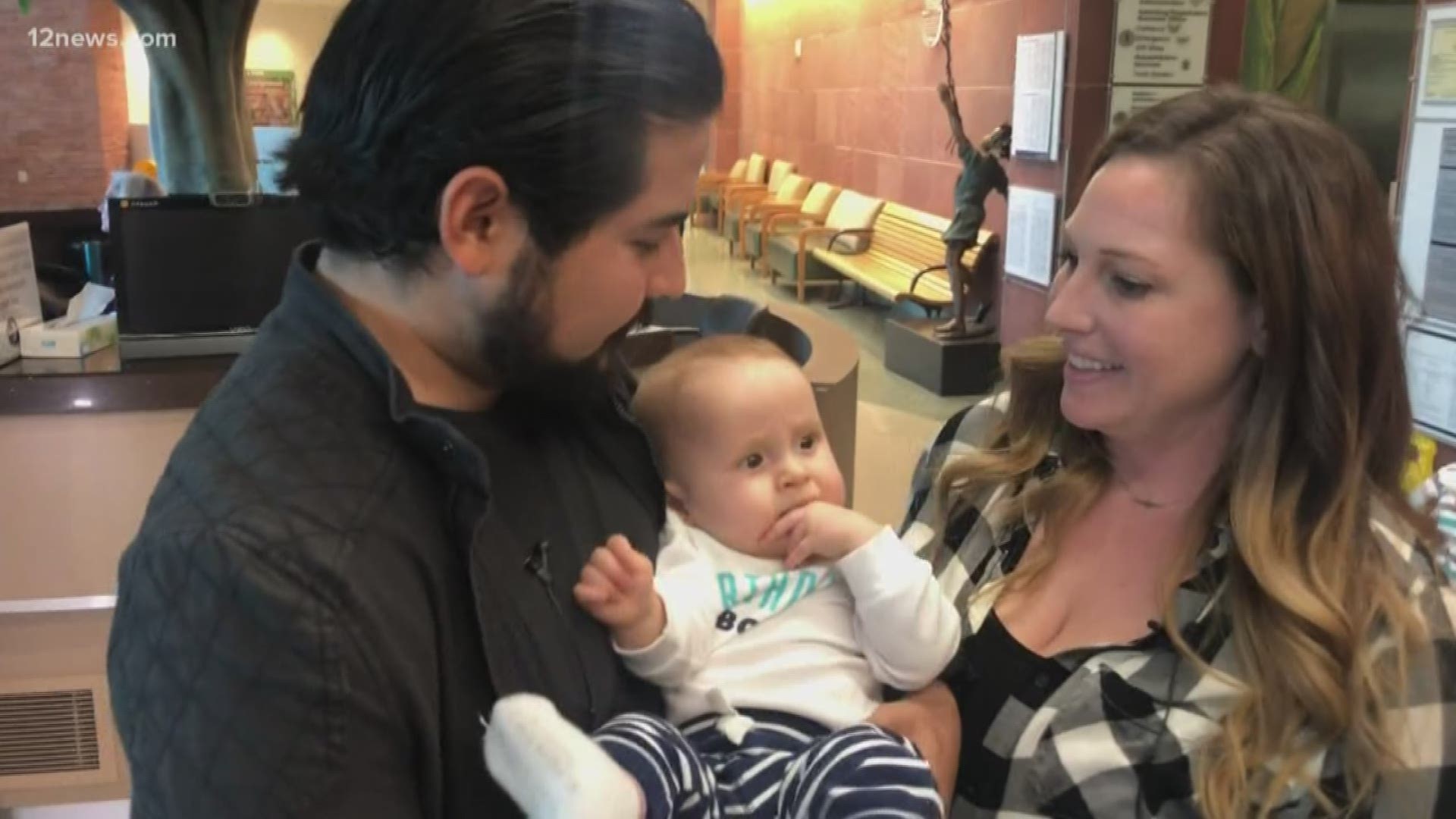 MESA, Ariz. — The family of a 1-year-old boy spent the morning giving back to patients at the hospital that saved their son’s life.

Wednesday morning, 1-year-old Waylon and his family returned with care packages. They wanted to help other families who were in the same position they were.

Waylon was born with a congenital heart defect, forcing him to have open-heart surgery that led to a five-month stay in the hospital.

I met Waylon’s dad Ivan and his mom Sarah, who told me Waylon was a fighter from the day he was born.

"He had to fight every single day. He was able to have open heart surgery, but we ended up spending about a total of five months in the pediatric ICU. And during those five months, holidays passed, birthdays passed when we were here. But every single day, Waylon showed that he could fight," Sarah Grado said.

"Being here now, a year later in a different place, it’s like a different life,” said Ivan Grado.

The Grados, who are from the Valley, returned to Cardon Children’s hospital filled with gratitude and bags of gifts. They included comfort items like teddy bears and toiletries that made the Grados stay here so much easier.

“When we were here, we were already thinking – because we were already receiving so much love and support and help – we have to do something when we get out of here," said Sarah.

For the Grados, it’s about giving back and reconnecting with the doctors and nurses who were there from the beginning.

"I’m very humbled and happy that we took care of as a team, and he beat all odds against him, and he’s a superhero so far,' said Dr. Prasad Ravi, who discovered Waylon’s heart defect before he was even born.

As for Waylon, his health is much better now. His family said without faith, their little boy's fighting spirit and all the help their family received, they wouldn’t be here paying it forward.

"He had a repair on his mitral valve and as of today, his repair is holding up. We don’t know what the future holds. But he’s happy and healthy now," Sarah said.

The Grados plan on keeping the donations coming in the future. If you want to help out with future donations, you can go to Waylon’s Facebook page.