Nushka, a 5-year-old female Belgian Malinois, lost her owner in a car crash on Jan. 11. She then spent more than two weeks in the woods before being rescued. 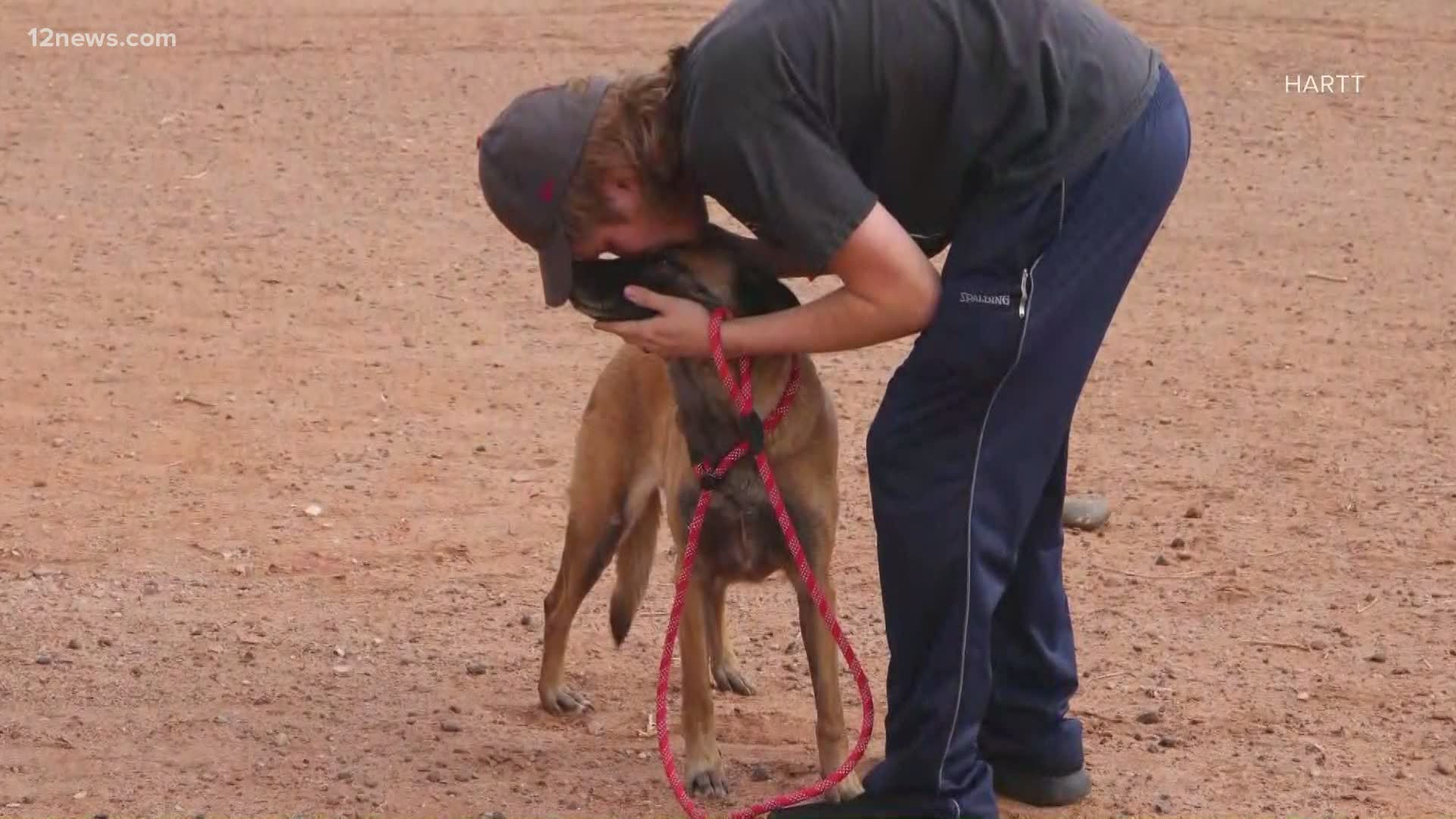 HOLBROOK, Ariz. — Nushka, a 5-year-old female Belgian Malinois, and her owner John Bemies were involved in a single-car crash on State Route 377 on Jan. 11. Unfortunately, John did not survive the crash and she ran away from the scene.

“They were just something else. I’d never seen them apart. Hardly ever,” said John's son Trey Bemies.

After searching the nearby wilderness for 19 days, Nushka was found safe and it was thanks to a group of incredible volunteers.

Arizona Department of Public Safety Troopers and Navajo County Sheriff’s Office deputies tried to find the dog during the initial stages of the search, but weren’t successful. The NCSO then put out an attempt to help locate the retired K-9 on their Facebook page, at the request of AZ DPS.

The Rim Country Team of the Humane Animal Rescue and Trapping Team joined the search the following night after the crash and launched efforts to help rescue Nushka.

There were few sightings and tracks found in the 19 days Nushka was missing. The region also experienced a winter storm in the area where she had been seen.

According to NCSO, Heber, Arizona resident Gail Johnston took the time to volunteer and help HARTT in the search.

After several days of searching, Brent, a volunteer from HARTT, and Johnston met up the morning of Jan. 30 to set up a trap with new food and water and made sure the camera was working.

“Just caught a fleeting glimpse of her running across the road – and he was really helpful because he gave us GPS coordinates of where he sighted her,” said Brent Reed. A volunteer with HARTT.

Officials said a couple of hours later after setting up the trap, Brent’s phone notified him that there was movement, and it was in fact, Nushka.

“I didn’t know if I would ever get to see her again. I broke down in tears and hugged all over her and I was so happy to see her,” said Trey Bemies.

Here are a few photos from the reunion:

Dog reunited with family after going missing for 19 days

1 / 7
Navajo County Sheriff’s Office
Nushka, a 5-year-old female Belgian Malinois, and her owner were involved in a single-car crash on State Route 377 on Jan. 11. The dog was reunited with her owner's family after being missing for 19 days.

“I am thankful for the countless miles and dedicated time HARTT provided to save Nushka,” said Sheriff Clouse. “This was an amazing outcome for all those involved including Nushka. Thank you to the selfless volunteers who were able to reunite Nushka and her family.”