Roger Ferland has spent his whole life helping other veterans and fighting for the environment. 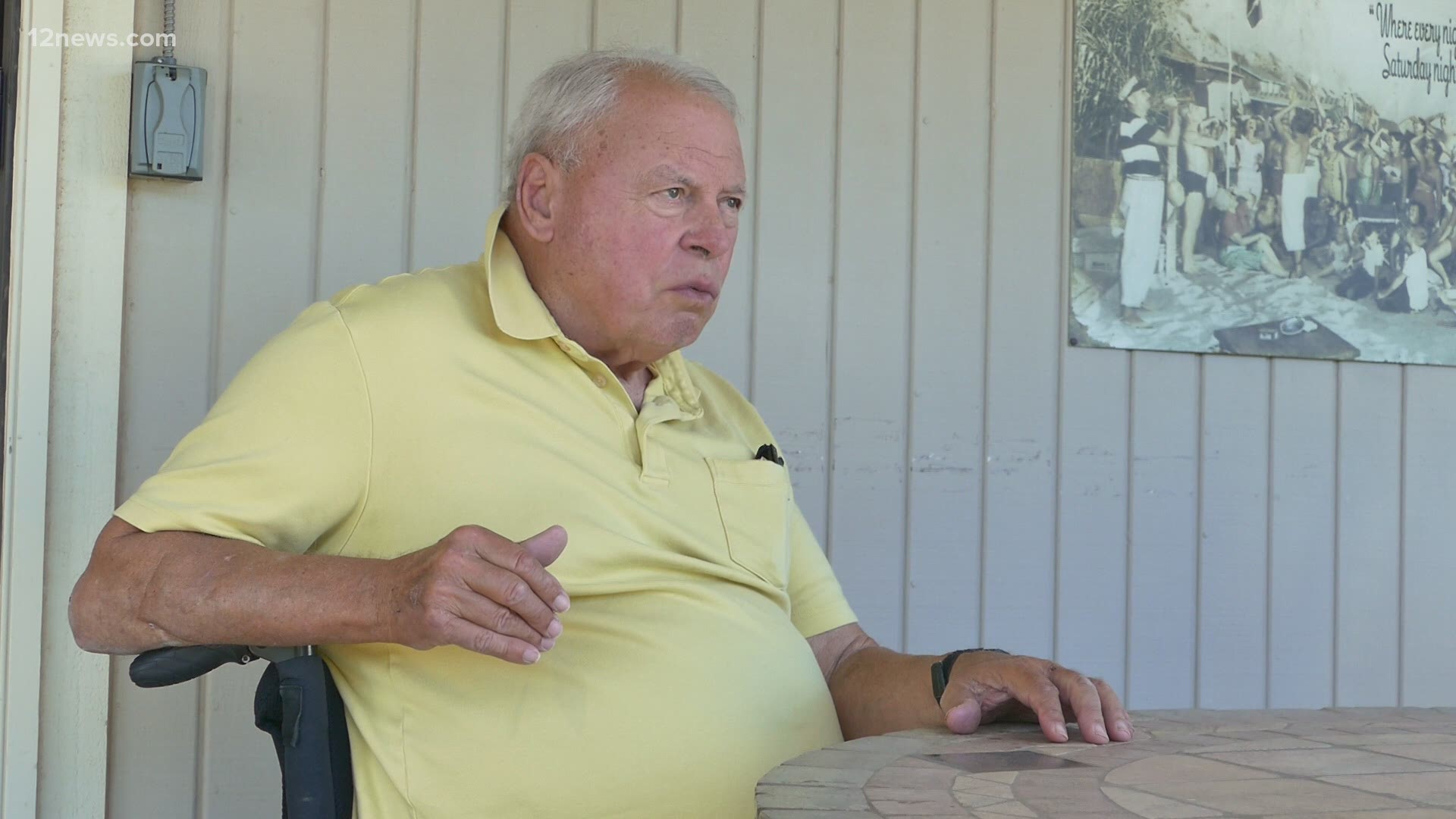 SCOTTSDALE, Ariz. — When a veteran, who lost both his legs fighting in Vietnam and spent his whole life helping other veterans and fighting for the environment, was ready to retire and downsize into an independent living community, somebody stepped up and give him a little help that he did not expect.

The war in Vietnam cost Roger Ferland his legs.

“I was leading a patrol, stepped on something -- may have been a booby trap or hand grenade, not sure what it was -- it blew me up into the air. I was severely wounded, ultimately lost both legs and almost lost my arm.” Ferland said.

That injury also propelled Ferland into a life of service. First, as a pioneering Environmental Lawyer, just as Arizona was trying to navigate new environmental laws passed by the Federal Government in the early 1970s.

“The laws were just being written at that time. That was probably the greatest thrill of all: We get to make it up as we went along because there was no precedent,” Ferland said.

Ferland also spent his life volunteering for a variety of organizations around the Valley. Reading for the visually impaired at the Sun Sounds Foundation and introducing Valley youth to nature at Audubon Arizona, to name a few.

But disabled veterans are close to Ferland’s heart. He’s been involved with Disabled American Veterans, an organization that supports Veterans transitioning back into civilian life.

For the many years of service to DAV and his community, Ferland was named as their 2014 Outstanding Disabled Veteran.

Ferland decided to move from his house of more than 40 years into an active living community to have better access to activities and amenities that will keep him engaged and active in his retirement years.

After years of relying on prosthetic legs to get around, Ferland said using the prosthetics has become too hard on his body. To this end, the new home Ferland will be moving into needed to be modified to accommodate his wheelchair.

“The doors have to be a certain width. Stuff that you have to reach because you’re in a wheelchair, you are short, so it can't be too high for me to reach it,” Ferland said, listing just some of the modifications that would be needed.

“Taking a shower, you want to be able to roll up in the shower. So, there are a number of changes that need to be made so that it's convenient as possible to be in a wheelchair.”

As Ferland was ready to sign the contract, which included an estimated $20,000 or more in modifications, a donor who wishes to remain anonymous, stepped in and covered the cost of modifications, thanking Ferland for his service.

The generous act touched Ferland and made the transition to a new home all the easier.

“They were extremely helpful in working with me so I would have as few problems that could be prevented as possible,” Ferland said.

Giving a little back to a Veteran who has given so much.