Arizona grandma surprised with special gift after losing everything in fire

Linda Shaughnessy lost everything when her cabin burned down a few days before Christmas. 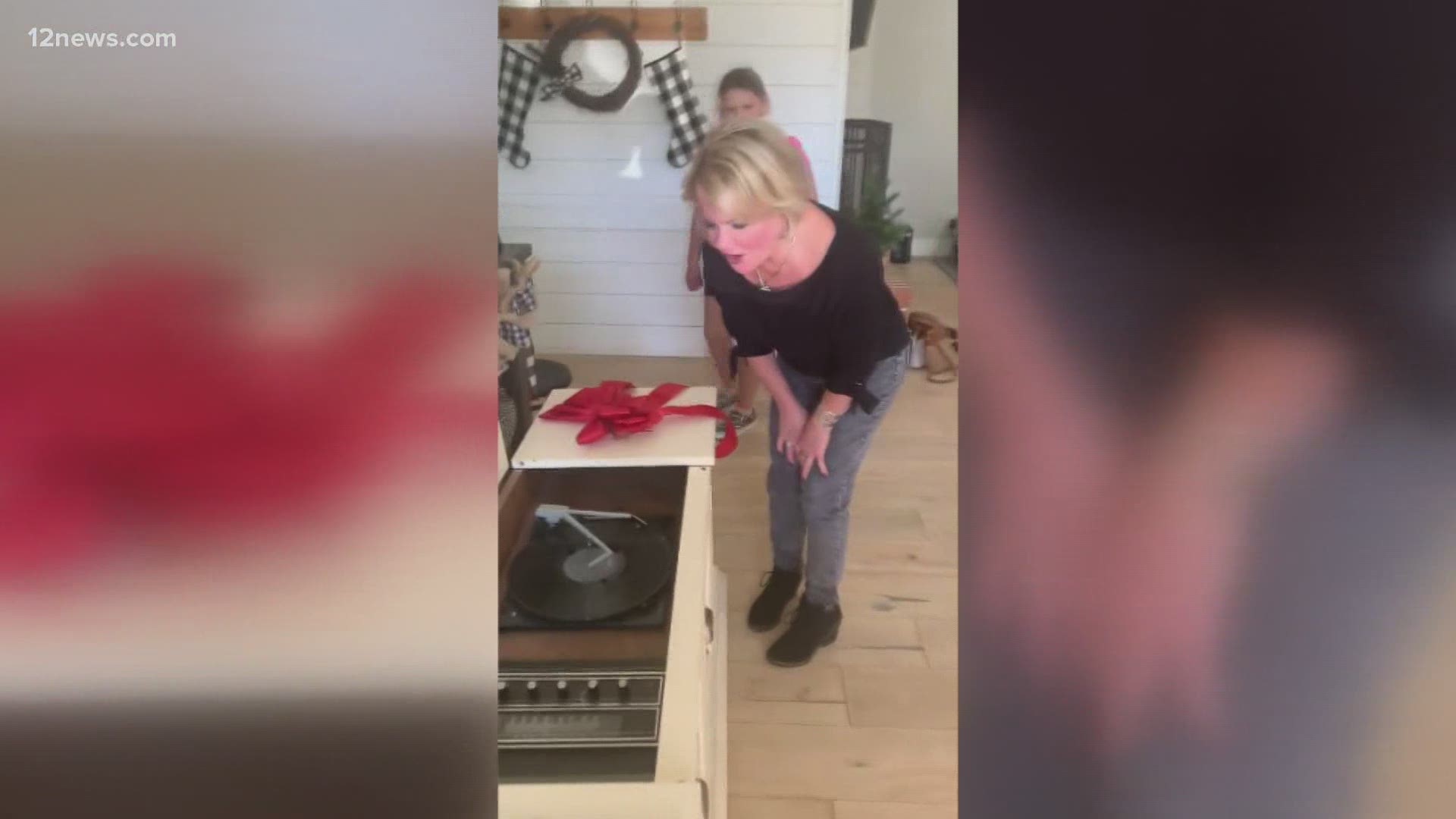 SURPRISE, Ariz. — A few days before Christmas, Linda Shaughnessy woke up to a glow around her door; her cabin in Prescott was on fire.

"The whole top floor was engulfed in flames," she remembers. "It was so terrifying, I didn’t think. I just ran down the stairs."

She fled to a neighbor's house where she called for help, watching a home that'd been in her family for nearly two decades go up in flames. She moved there full-time last year and shared many memories with her five kids and 12 grandkids.

"On the first day I was giddy because I survived," she says, reflecting on the days after the fire. "But then you think about all the things that you lost."

Like all the paintings she made her kids and grandkids for Christmas and countless family heirlooms, all gone in a flash.

"We were like oh my gosh," says her granddaughter Madelyn Jungemann, who lives in Surprise. "Remember that, remember this. And then we were like 'Oh, the record player. That's just awful.'"

Their grandma’s record player really struck a chord.  It turned to ashes in the fire and her record collection turned to melted vinyl.  She'd had it since she was a little girl and it helped create countless memories.  A few weeks before the fire, she was teaching her grandkids how to ballroom dance at the cabin.

"It was her most treasured, favorite item," Madelynn says.

Without skipping a beat, Madelynn started searching online for another one just like it.  They found one listed for sale close to their home in Surprise.

When she reached out to see if they could buy it, the seller was so touched by the backstory that she cut them a deal.

She and her family also worked to track down the record they were playing when they last danced at the cabin.

When they found that, too, they knew the gift would be a hit, along with everything else they planned to get to get Linda back on her feet.

"Let’s do a necessity and a record for her and that’s what we’re going to do for Christmas," Madelyn explains.

On Christmas Day, they captured the moment on their phones as Linda walked into the room and saw the record player.

"Her face just in shock," says Izzy Jungemann, Madelyn's sister. "It was a sweet moment."

Linda was all smiles as she asks where they found it.

The grandkids explain it was made in 1968, just like the one she had before.

"That was replacing a sentimental thing in another kind of sentimental action," says Linda.  "It was a devastating loss yet at the same time it was an incredible blessing."

Linda is staying in the Phoenix area and plans to rebuild her cabin. At this time, the cause of the fire is still under investigation.

If you want to help Linda as she works to replace what she lost, you can head to her family's GoFundMe page.