They call him Crash and all he wants is love and attention. 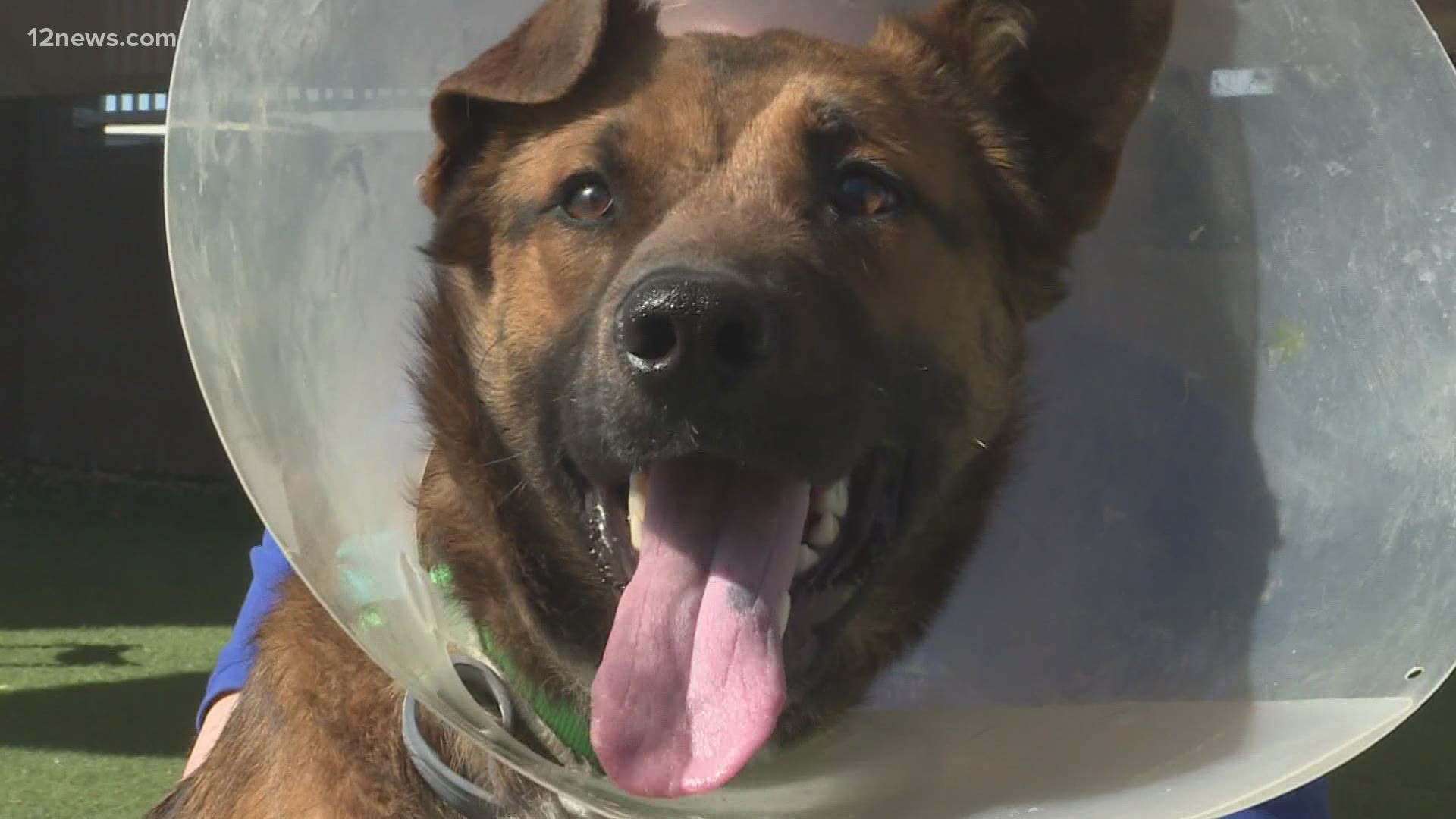 PHOENIX — Crash, the 1-year-old pup currently calling the Arizona Animal Welfare League in Phoenix home, is the epitome of resilience.

The happy dog, who employees believe is some kind of shepherd mix, is the survivor of a car accident that happened two weeks ago.

“He wants to say hi to everybody and he’s absolutely full of energy,” said Michael Morefield, marketing and communications director for Arizona Animal Welfare League.

He was hit by a car in rural Graham County near the New Mexico border.

But now, Crash frolics around the play area of the shelter with a bright green cast on his front right leg and feels no shame wearing a cone around his neck. All he wants is attention.

“The car hit him so hard that the car wouldn’t start after the accident,” said Morefield.

According to Morefield, the driver stopped and called police, who then took him to an animal rescue.

Staff from the Arizona Animal Welfare League were in the area and got him to the Valley, where an orthopedic team at the Animal Medical Surgical Center in Scottsdale were able to repair two breaks in his leg.

X-rays also revealed he had dirt and stones in his stomach, probably from living off the land, and a BB lodged in his paw.

“Now he gets to spend the next couple of weeks relaxing and making new friends,” said Morefield.

Caretakers at the shelter named him Crash and he will be available for adoption once he is healthy and healed.

“We are willing to give him as much time he needs to get ready, healthy and safe,” said Morefield.

The Arizona Animal Welfare League partners with animal rescue groups throughout the Southwest and have been able save more than 10,000 animals working with their rural partners.