Ruth Wootten has consistently volunteered at hospitals in the East Valley for 57 years, but will do so for one last time on Monday. 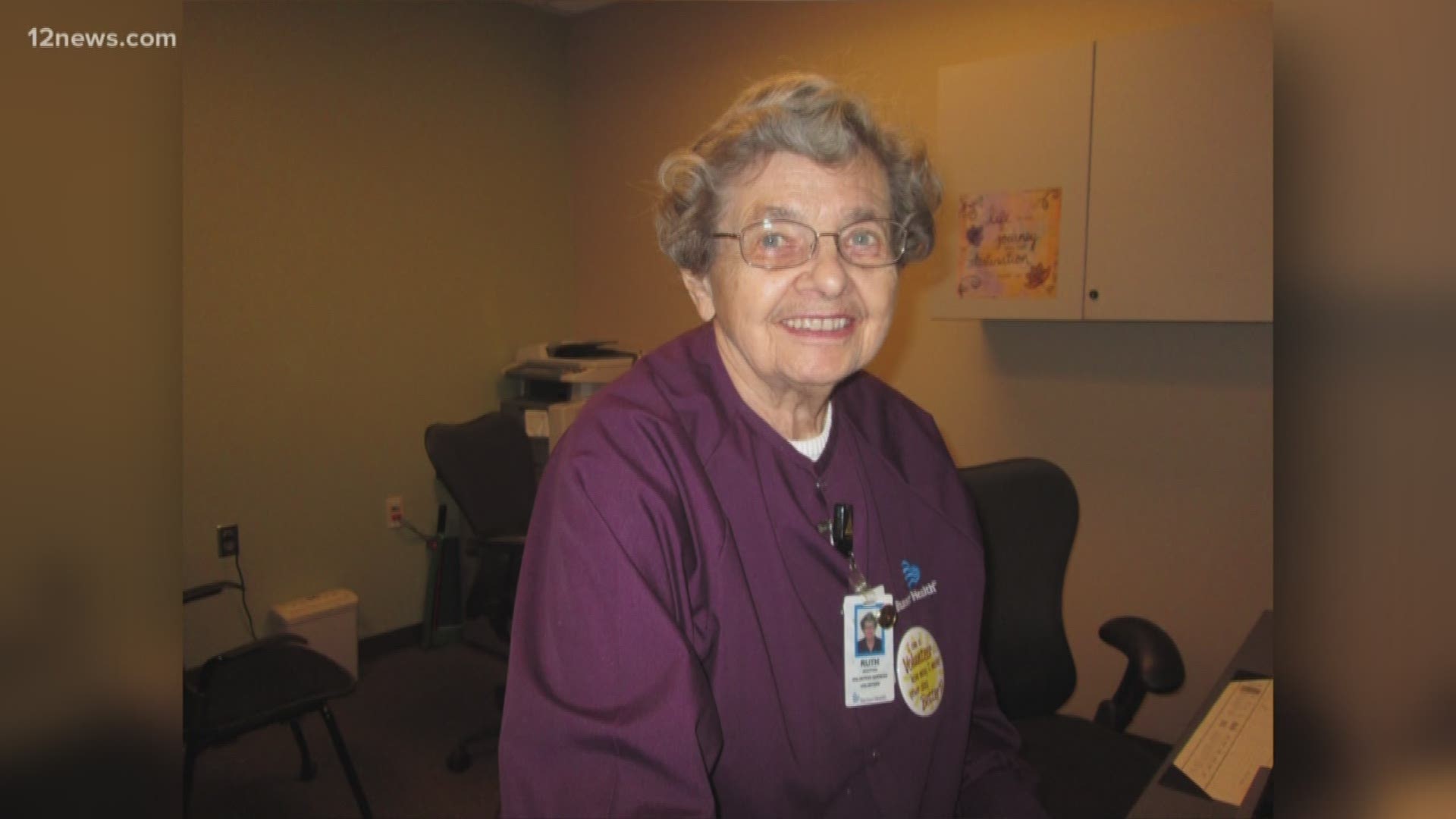 PHOENIX — A 90-year-old woman volunteered for one last time on Monday, after nearly 60 years of lending a hand at East Valley hospitals.

Ruth Wootten has consistently volunteered for 57 years, most recently at Banner Gateway Medical Center in Gilbert, the company said in a press release.

She has most recently manned the information desk at the center, "where she helps visitors with a smile," the company said.

Wootten, who lives in Tempe, got her start volunteering at Mesa Lutheran Hospital in 1962, where she helped clean bathrooms, do laundry and make beds. 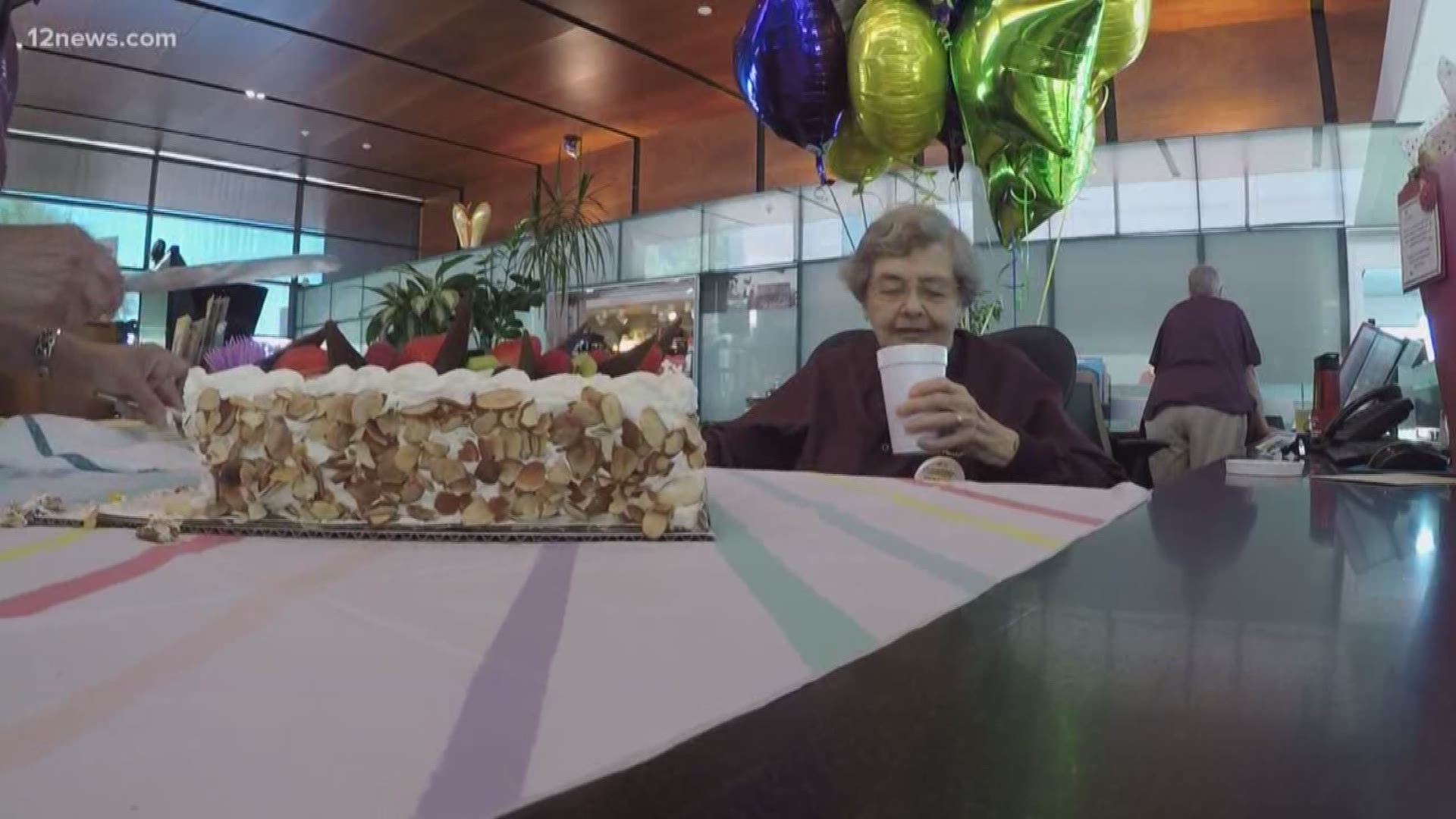 She volunteered at the hospital, which was later known as Banner Mesa Medical Center, until it closed 45 years later.

RELATED: Volunteering in Phoenix: Opportunities to give back around the Valley

Her husband, Bill, also volunteered with her until he passed away, the news release said.

Wootten has decided to stop volunteering since she is no longer comfortable driving, but her mind is still "sharp as a tack," Volunteer Services Director Kathy Williams said in the release.

Staff members are planning to send Wootten out with a bang: Hospital staff will decorate her chair and surprise her with a few gifts and festivities, the release said.