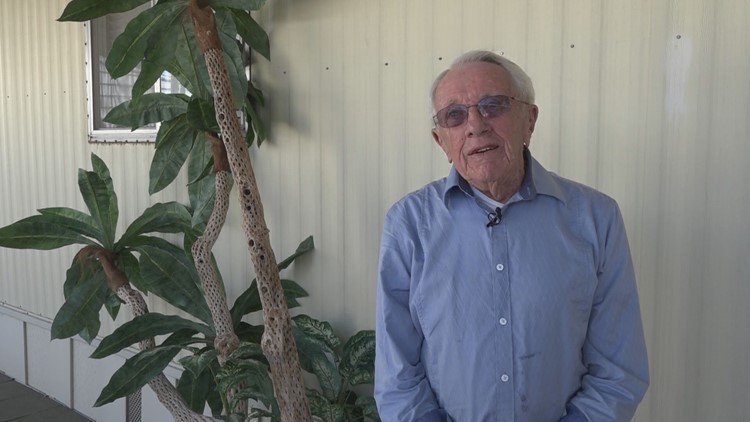 GLENDALE, Ariz. — One Valley man is asking for something unique this holiday season – simply put, a companion.

90-year-old Earl Spinner, a retired senior living in Glendale, hopes to meet a nice lady who'd like to travel the world with him.

The sweet story hit social media recently and now "Spin" is telling 12 News how his innocent request to a friend is spiraling out of control in a wonderful way.

Spin said he's an old school man using new-age technology to find companionship! He blames his new friend, Terrah Cobián, for all the attention. But she tells us her intentions are pure and that Spin deserves another someone special in his life.

"She's been doing everything she can to try and fix me up with somebody," he admitted.

The two are new neighbors as Cobián and her husband work to fix up the home next door to Spin's, so the two spend quite a bit of time chatting and he even helps with some of the remodel. She is also the one who constructed the Facebook post that's garnered dozens of responses.

Terrah Cobián
This is Spin. He just turned 90 years old and is very active. He helps me with construction work everyday. He lost his wife 18 months ago and today he sat me down to have a serious talk: "I love you...

However, before the dive back into the dating pool, Spin shares with 12 News that he was blissfully married to Zoe for 54 years and two months, before losing her almost two years ago.

"She got dementia about five years before she passed away, so I took care of her. The good Lord needed her more," he said tearfully.

"I'd like to travel with somebody. I have some places that I want to go. I'd like to get on a river cruise down the Danube River that's on the list for next year," he said.

If you think you've got cupid's bow in your back pocket, send it Spin's way!