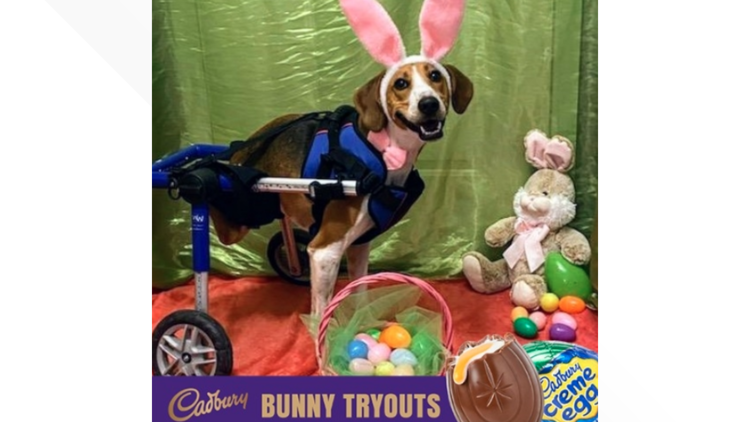 NEW RICHMOND, Ohio — A native son is becoming a national sensation, and we an confirm he is a very good boy.

A two-legged dog from the Cincinnati suburb of New Richmond has been named as a finalist to be the next Cadbury Bunny. What makes this pup so special is that he's living his best life despite missing both of his hind legs, and his owners have even given him the name Lieutenant Dan after Gary Sinese's legendary "Forest Gump" character.

"Lieutenant Dan was born different, but hasn't let that slow him down!" his bio reads. "He has a joy for life that is infectious and inspiring!"

Lieutenant Dan is one of 10 finalists, with other competitors including two other dogs (including one service dog), two cats (including one who can't use her own hind legs), a hamster, a duck, a llama, a miniature horse, and even a pig! We will admit, they are all adorable.

The winning pet will receive $5,000 and get to star in a Cadbury commercial. To vote for your favorite through March 18, head to bunnytryouts.cadburyusa.com.