Arizona Humane Society held a raffle Thursday to determine which families would adopt the pups. 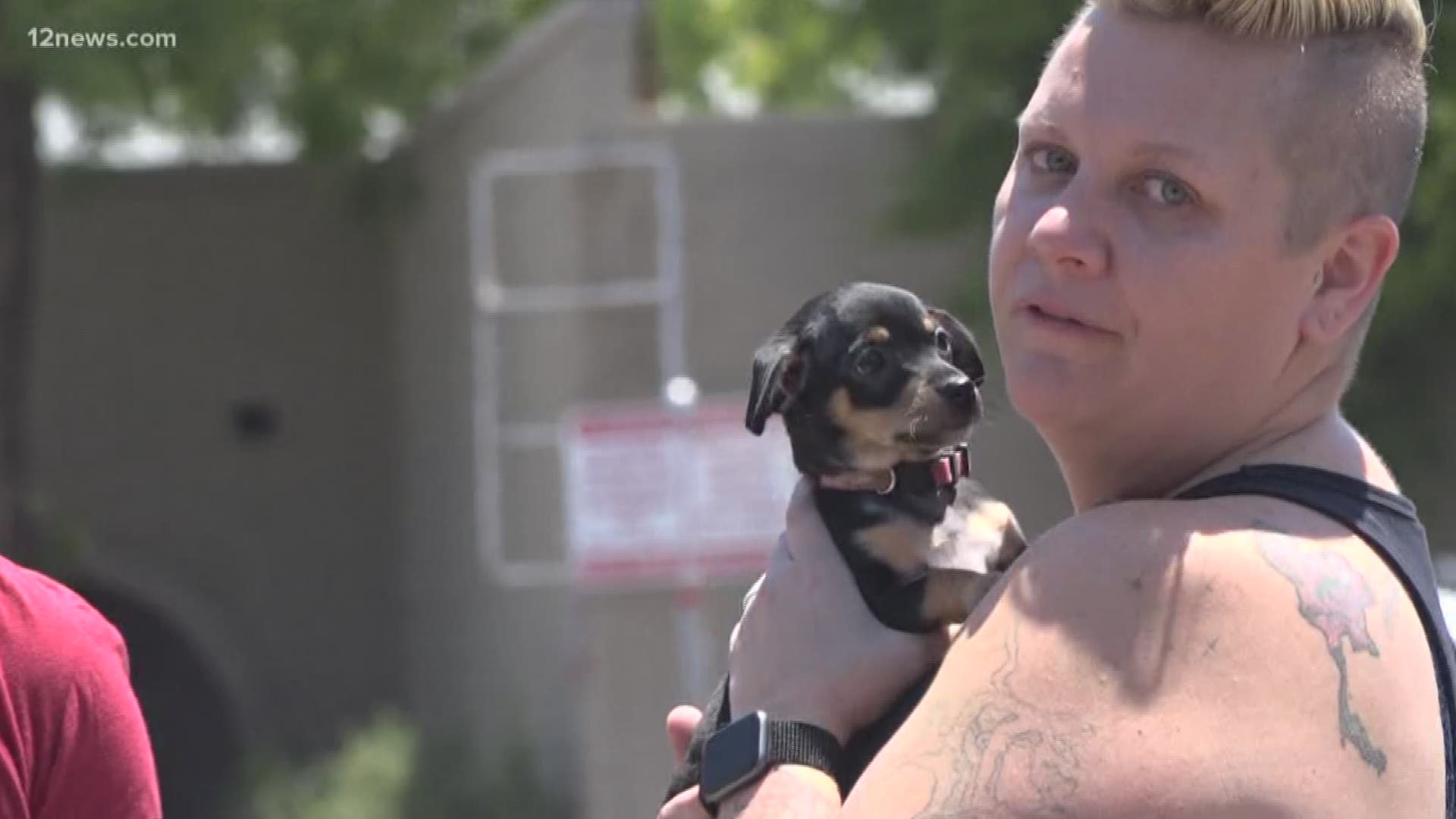 The Arizona Humane Society said five Chihuahua-mix dogs were left for dead in a hot Phoenix dumpster earlier this week. Two did not survive, but the three females did. The pups were adopted Thursday.

The story was especially compelling for Tina Williams, who lost her 9-year-old dog, Sweet Pea, in 2012 on the same day the dogs were rescued from the dumpster.

"She was my spirit animal," Williams said.  “She was also found in a dumpster.”

The other handful of families who showed up for the raffle were encouraged to adopt other shelter animals.

AHS is having a special promotion on cats, too. For just a donation of your choice, you can take home a cat on Friday.

The shelter animals are spayed or neutered and have their first round of shots.