When Fredy Sanger feels homesick, he makes arequipe. This dulce de leche makes him feel like he is in Colombia. 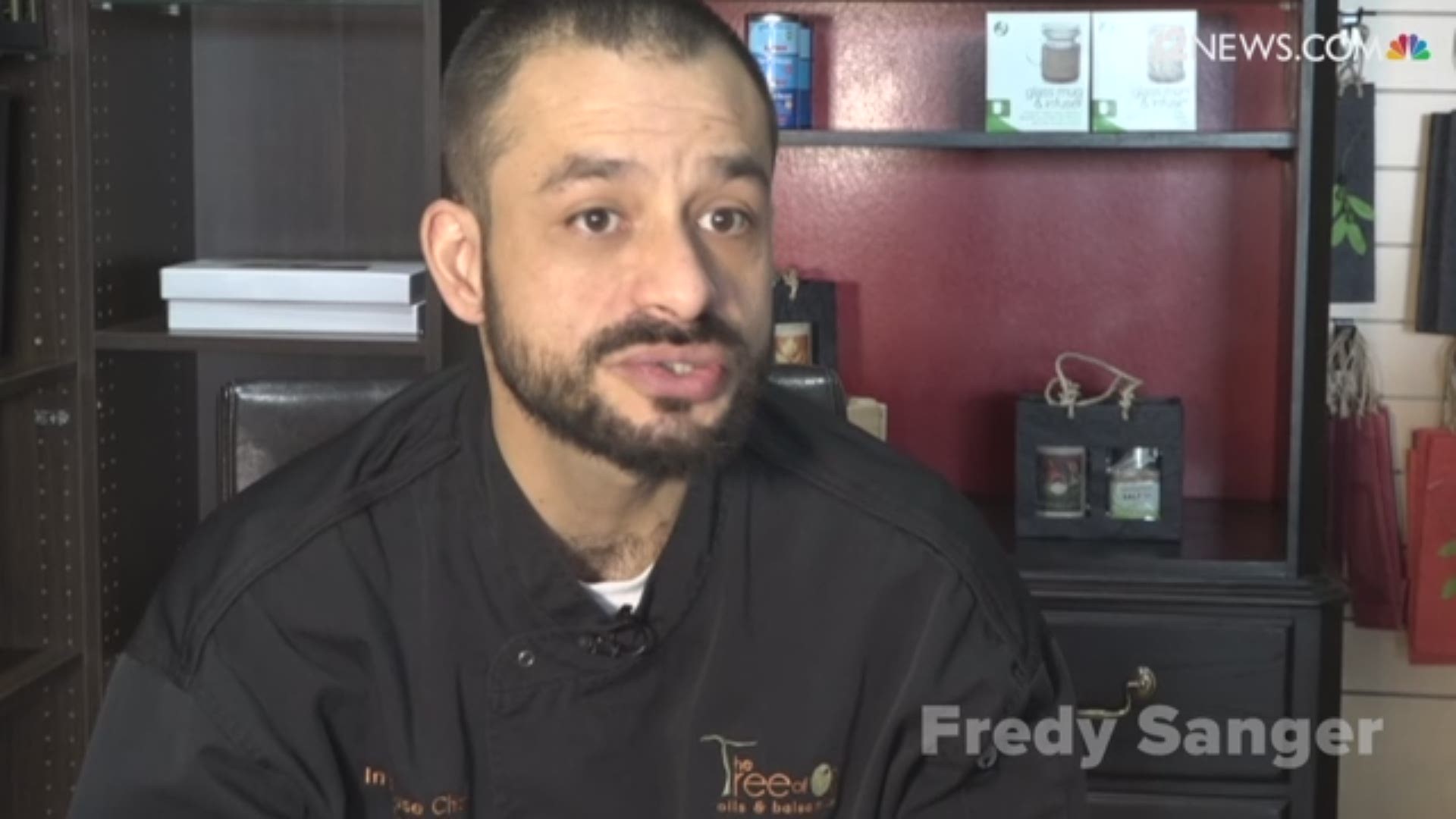 GOODYEAR, Ariz. — A simple sweet spread takes a Valley man all the way to Colombia. Making arequipe or dulce de leche reminds Fredy Sanger of his childhood, his hometown of Bogota, but most importantly, it reminds him of his grandma who passed shortly after he moved to the United States.

“Anyone in Colombia has eaten arequipe, that’s like our national sweet. One of my best memories, when I was a child, was my grandma making this sweet. She used to make it and I remember everybody fighting for the spoon. ‘I want it, I want it, please grandma’, and she always used to give me, not the spoon, but the pan, which had even more. And that to me is one of my best childhood memories,” said Fredy Sanger.

Sanger has been in the U.S. for almost 15 years. He says he makes arequipe about five times a year, and sometimes it’s when he’s homesick.

“Every time that I need home and I need a piece of it, I always make it. And of course, grandma is there, stirring the pan with me. It’s an amazing feeling,” he added.

Sanger said that he’s come up with his own version of grandma’s recipe.

“It calls for milk and I’ve replaced it with coconut cream; which is much healthier for you, but it still gives you this amazing spread. And the flavor, I love coconut, so it’s a win-win for me,” he explained.

The idea of making arequipe healthier started when Sanger and his husband opened a store. They sell infused extra virgin olive oils and balsamic vinegars in Goodyear.

“We have focused on the healthy aspects of our lives, and not only our lives, but every customer that we already have,” he said.

And it was time to make arequipe.

In a medium pot, combine all the ingredients and bring to a boil.

Reduce the heat to low, stirring often with a wooden spoon until the color changes to caramel and the mixture is thick as a pudding. Let it cool down.

Pour into a glass container and cover. Refrigerate up to a week.

Once it’s ready, Sanger reminded us of an important step…

“And don’t forget to lick the spoon!”

• My Favorite Meal: A simple dish makes a great chef