Can you guess what the most popular game-day finger food is in Virginia and North Carolina? 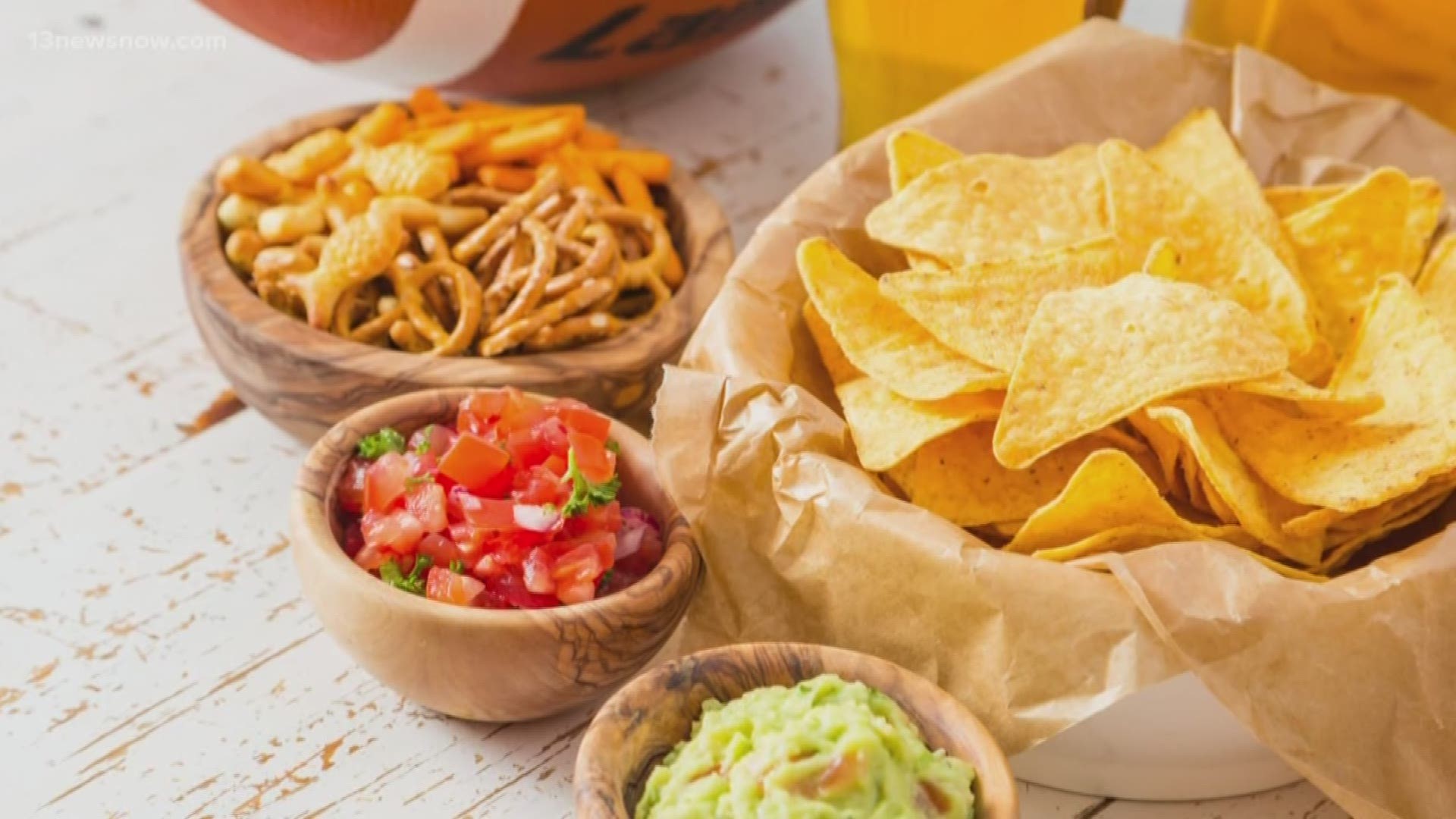 VIRGINIA, USA — Super Bowl Sunday is as much about food as it is about football- some consider it a national food holiday.

It’s a day to indulge in wings, dogs, burgers, and dip.

And according to research by online marketplace Bid-on-Equipment, the most popular game-day food varies by state. They used Google search volume trends from January to February of 2019 to map out the nationwide results.

In North Carolina, seven-layer-dip is the most popular game-day food.

Dips, in general, were the most popular food item across the country, but there were different types of dips in different states.

So, it’s actually the cocktail wiener taking home the gold for most popular food in the most amount of states.

The analysis also surveyed more than 1,000 Americans about their Super Bowl food budget.

$69 is the average amount spent on food for the big day.

$174 is the average amount spent hosting a super bowl party.