Is your home safe? We tested security systems and the results are surprising

We show you some of the most common systems used and test them. 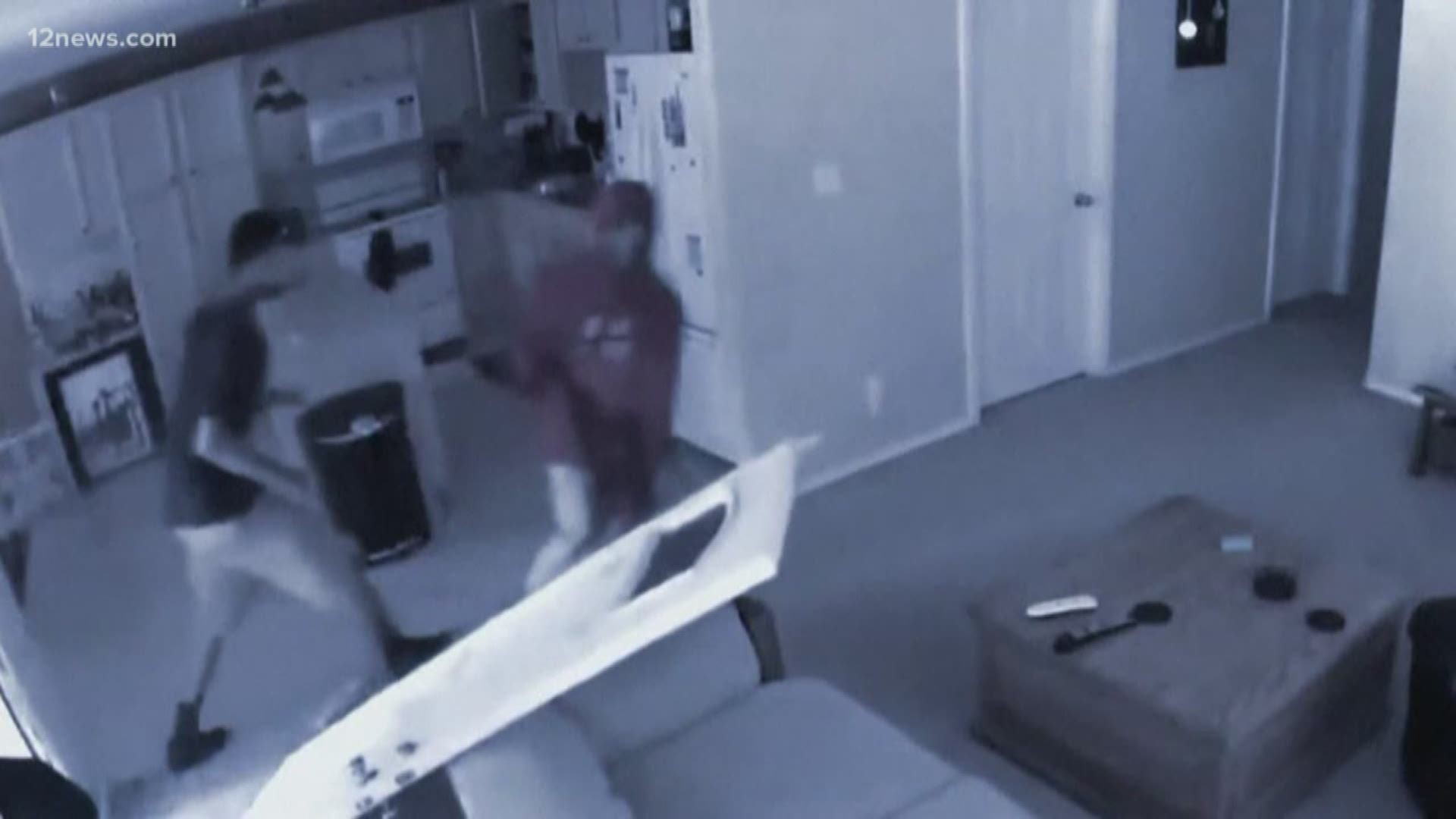 PHOENIX — There is a burglary every 20 seconds in the U.S. according to the Federal Bureau of Investigations. With burglaries being so common, what do you need to keep your home safe?

With so many products in the market, 12 News talked to Stan Kephart, a security expert handling security for big businesses.

We took the top products and asked what he would look for.

"People look at the door cameras now that are prominent, and they see them and they'll be dissuaded from going in that has a deterrent effect, " said Kephart.

Which is pretty much all you can ask for. Our expert says a video doorbell won't actually stop anyone from breaking in, but it will make them think twice.

Security cameras, on the other hand, will keep an eye on your house.

Some will notify you if they see anything these will even follow people around the room. But Stan said you don't necessarily need all the bells and whistles, you want them to be SEEN.

RELATED: A Phoenix man was targeted by a porch pirate. Now he's sharing his story to warn others about becoming a victim.

"What do we want them to do? They're not going to stop people from gaining entry if they're determined. They're going to slow and detect them so that you the homeowner or the business owner can respond," he said.

Because breaking and entering is a game of speed and ease. The easier it is, the less likely it is that anyone notices.

So, the same goes for alarm systems. Stan said the type of alarm doesn't matter as much as what it can do. With one exception, there should be someone on the other end -- monitoring your alarm.

"I believe that if you're going to go to the trouble of paying for an alarm system there should be a monitoring system associated with them, I would encourage that. Otherwise, what are you doing? Why are you doing it?"

The other way into your house, are windows. Easy to break.

There's a film on this window that we got for $25. It's supposed to increase the security of your windows and keep them from breaking.

Before we test the window film out, we tested breaking a regular window.

A glass breaking point is small and it can be carried in a pocket without getting too much attention or making the person look like a criminal.

With a good swing, the glass shatters all the way through. The window broke at the point of impact, the glass is pushed through and you might have an intruder in you home.

Then, the window film we bought was cut to size and applied to one side of the window.

So, one side of the window had the film on it.

12 News’ William Pitts got ready to test it.

“So, we're thinking we will probably break through the one without the film on it and then underneath if this works as advertised, we won't be able to go through the window," Pitts said.

But the glass with the film didn't even crack!

"I mean this didn't even have… It didn't. The central impact point was not blemished even. I mean it looks like it works… Very impressive!"

Lots of companies sell this film and for less than $40 you can secure your windows from break-ins.

"But it's doing what it supposed to do… It's all together and it's holding it. You can't get through that hole," said Stan.

You got to remember that nothing will 100% keep someone out of your house. But make it harder for them, make it take longer, make it louder and breaking into your house will be more trouble than it's worth.