Two San Antonio men say life gave them a gift they didn't expect. Now, they're headed on a journey through parenthood. 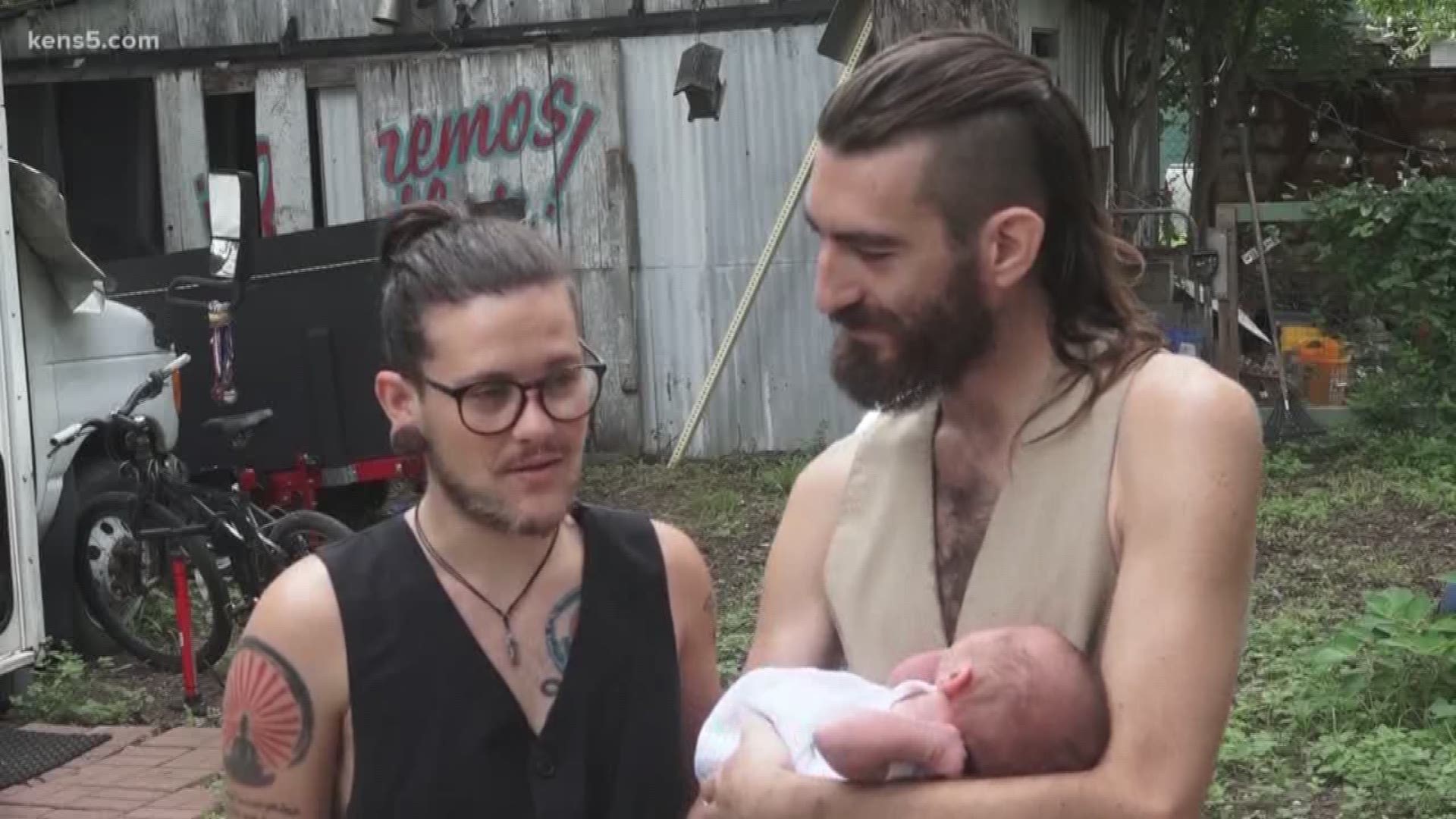 "His happiness, his love and care and respect and acceptance," Simpson said of the qualities that drew him to Gaeth.

Still, they didn't expect a family to come so quickly. Wyley Simpson was taking testosterone while transitioning and hadn't had a menstrual cycle in years when he met Gaeth. But when a week of feeling nauseous turned to full-blown morning sickness, he says he learned something he never expected.

"There's no way possible, but I guess I could be. And of course, after four pregnancy tests, they were all positive," Simpson said.

Simpson searched inside himself to decide whether pregnancy was something he wanted.

But his dreams of being a parent and his relationship with Gaeth were strong.

"I've always wanted to be a father. And even though it happened this way and wasn't planned, I was like, ‘let's do it,’" Simpson said.

Gaeth says that he hadn't planned to be a parent so soon but did everything he could to prepare.

"At first, I was very unsure. And I just, it felt right, and it felt better as we talked about it," Gaeth said. "We did a lot of talking, a lot of preparing. We went to prenatal yoga together, we watched a lot of videos online, and figured out our birth plan together."

The couple says that Rowan Fox is an easygoing baby who likes to eat a lot. They've looked to other parents as they start the next stage of their journey.

"The amount of support has been tremendous," Gaeth said. "That has helped me have confidence in parenthood, [and learn to] rely on help when needed."

Now, in their tiny home, with their tiny bundle of joy, the vet tech and dancer plan to visit family then travel the country, still not knowing exactly what's next, but excited for every minute of it.