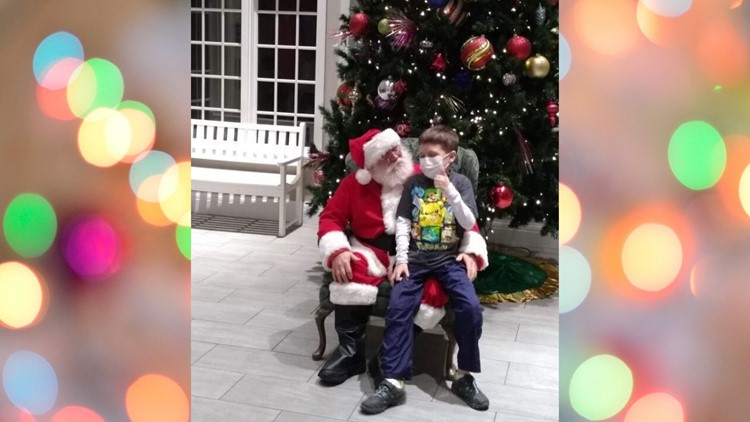 FLORISSANT, Mo. — A Florissant father wants to do something special for his son who is fighting a rare and deadly disease.

Brandon Sims’ son, 11-year-old Alex is fighting a rare and deadly disease called ‘IPEX Syndrome.’ Three years ago, he was put on the list to receive a life-saving bone marrow transplant. He’s still waiting for a matching donor.

Brandon Sims put out a plea on Facebook to send Christmas or birthday cards to his son Alex. His birthday is the day after Christmas. He'll turn 12 years old this year.

‘There are many days when Alex feels alone. But whenever he gets a card or letter in the mail his face lights up. He's happy to get something with a stamp and his name on it (I think it makes him feel special or important)’ Brandon wrote on Facebook. ‘You can help by sending Alex a Christmas or birthday card, letter or note. It doesn't have to be anything fancy.... just something to let Alex know there are still lots of people who love and care in this world and can help keep his faith, hope and spirit.’

Brandon said Alex does everything he can do to try and stay healthy, but staying healthy means he can’t participate in typical activities that most children his age use to make friends, such as sports and extracurricular activities.

Originally Brandon posted on Facebook hoping to get around 75 cards for Alex, but he said since his post, people have reached out from across the world.

‘In just a few days the response has been incredible. I've received messages from as far away as Australia and England. We won't know how many cards and letters Alex will receive until after his birthday in December. However, based on the messages I've received it may be 10 times what I originally expected,’ Brandon said.

On Nov. 29, Brandon shared an update of the cards Alex has received

He said the original purpose of the post was to make Alex smile and let him know he’s not alone in his fight, but Brandon said they are always trying to spread the word about Alex and his need for a bone marrow transplant.

Send Alex a Christmas or birthday card to the below address

There is also a fundraising campaign to help cover the cost of Alex’s medical expenses, click here for more information

RELATED: The road St. Louis paved to make car manufacturing what it is today