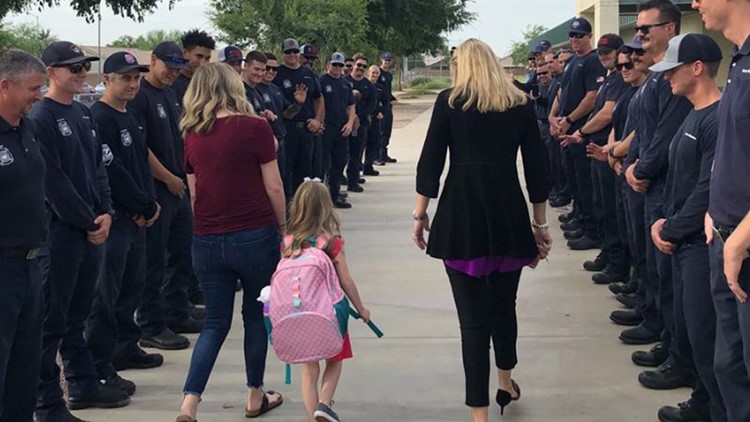 Fallen firefighter's daughter gets escort to her first day of school

PHOENIX — A Phoenix firefighter was not there to walk his daughter to her first day of kindergarten Wednesday.

Brian Beck Jr. died in May from occupational cancer, CBS affiliate KPHO reports. He was 31.

But his comrades made sure Emery Beck's day was one to remember. They lined the sidewalk as she headed to school.

"We love you, Beck family, and will never forget the sacrifice you have made for the citizens of Phoenix," the group said.

Beck was a third-generation firefighter and had been with the Phoenix Fire Department for eight years.

This year, Florida lawmakers passed a bill that will guarantee health care benefits to firefighters diagnosed with certain types of cancer.

According to the International Association of Fire Fighters, cancer caused 61 percent of line-of-duty deaths. Firefighters have a 9 percent higher risk of being diagnosed with cancer and are 14 percent more likely to die from it than the general public, according to The National Institute for Occupational Health and Safety.