The rapper was in Tempe on Saturday as part of the Awaken 2020 religious event. 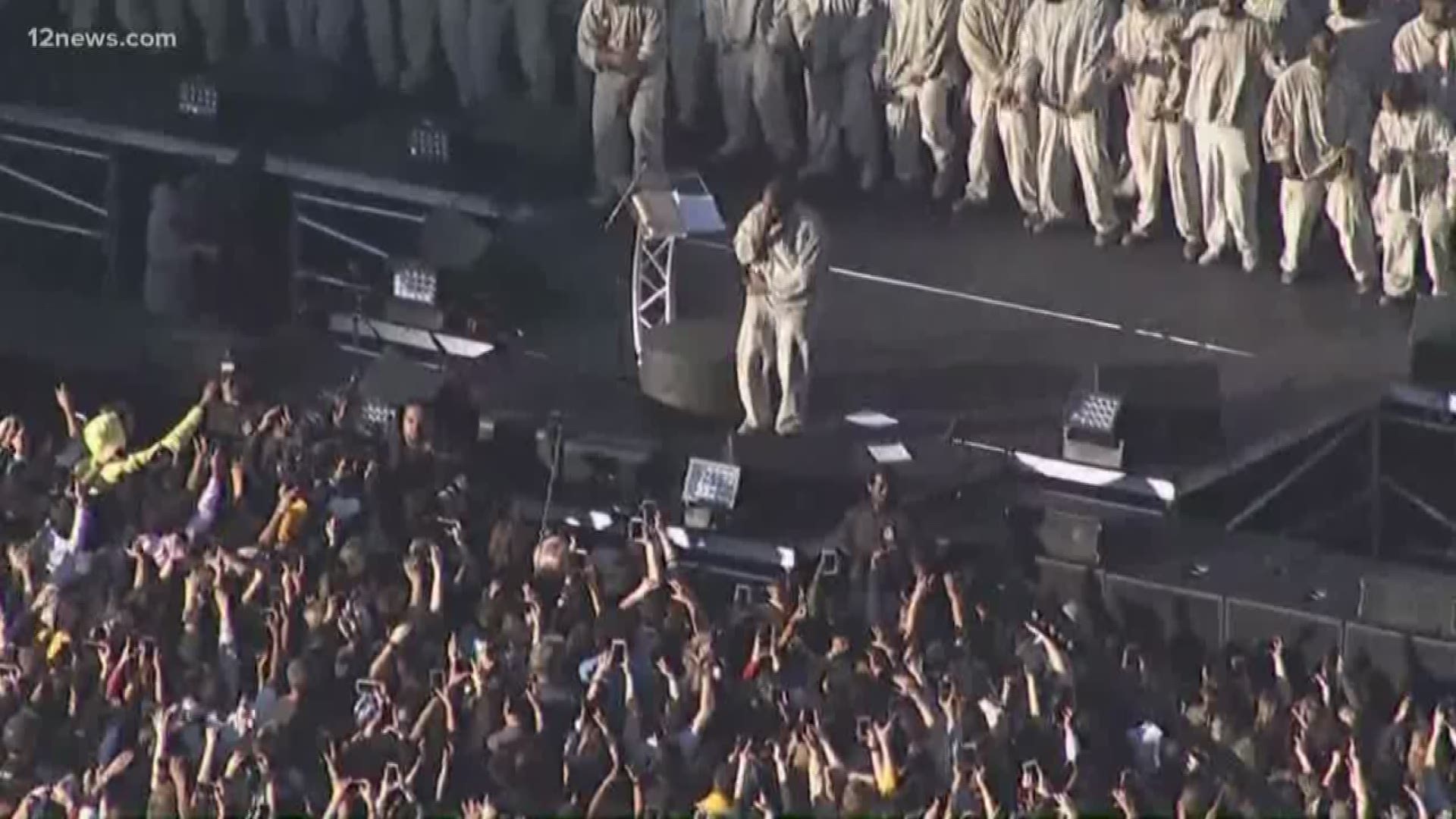 TEMPE, Ariz. — Fans gathered at Arizona State University's Sun Devil Stadium in Tempe on Saturday, but it wasn't for a football game.

Kanye West was in town to bring a church service to the home of the Sun Devils.

The event was called "Awaken 2020," which will feature West and his Sunday Service Collective choir, among other speakers. 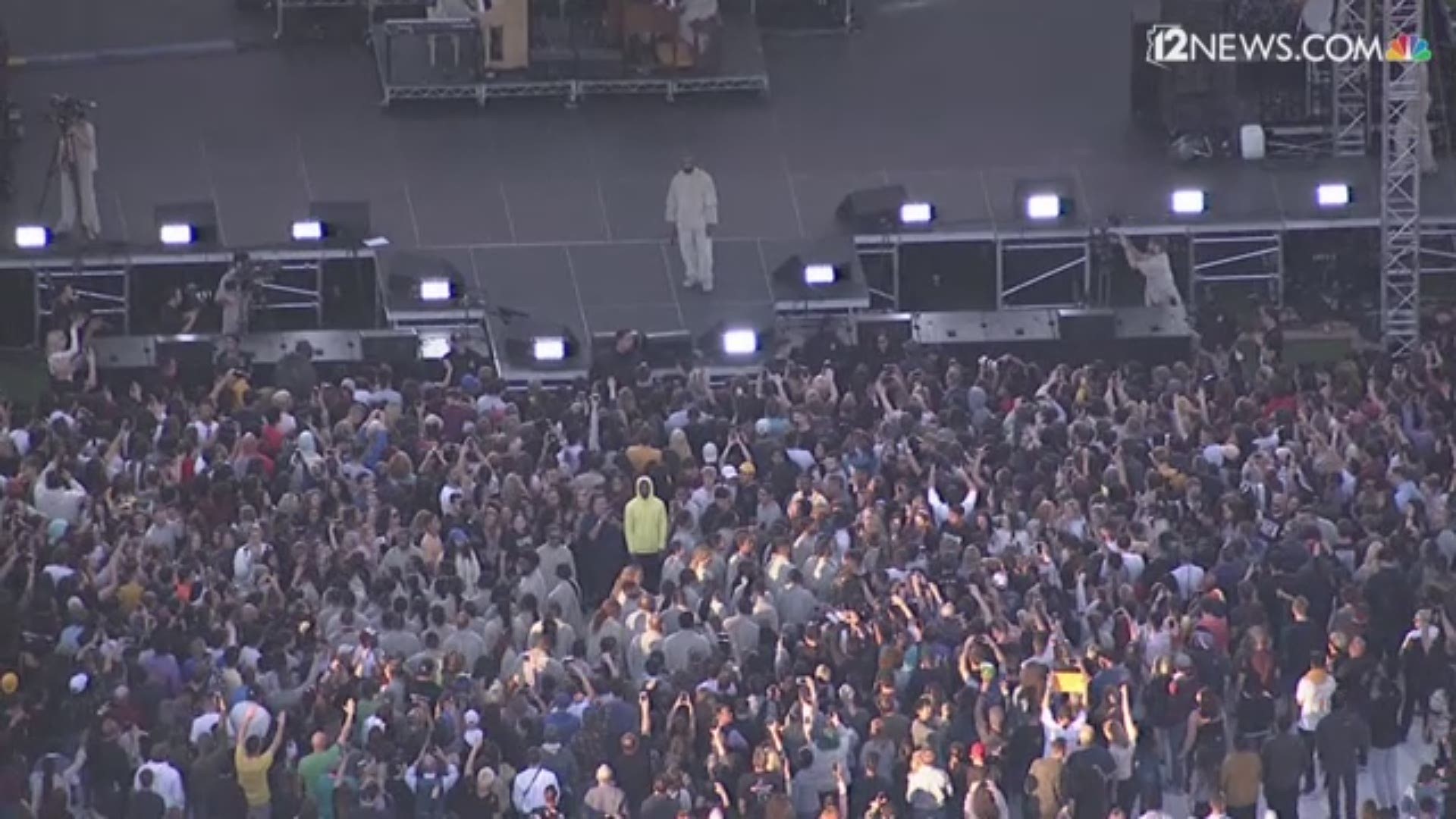 The sometimes controversial rapper appeared on stage for about an hour before Brian “Head” Welch from Korn took the stage.

"Awaken 2020’s purpose is to be a driving force in unifying many groups of people of our great nation when we come together in unity and love as the Power of God is released as He loves every person regardless of their background and brings breakthrough, hope and healing to all people in a time when our nation greatly needs it," the press release said at the time.

The event was scheduled to be 12 hours long.

The event was free, but required registrations.

There were 50,000 seats at the stadium that the event expected to fill.