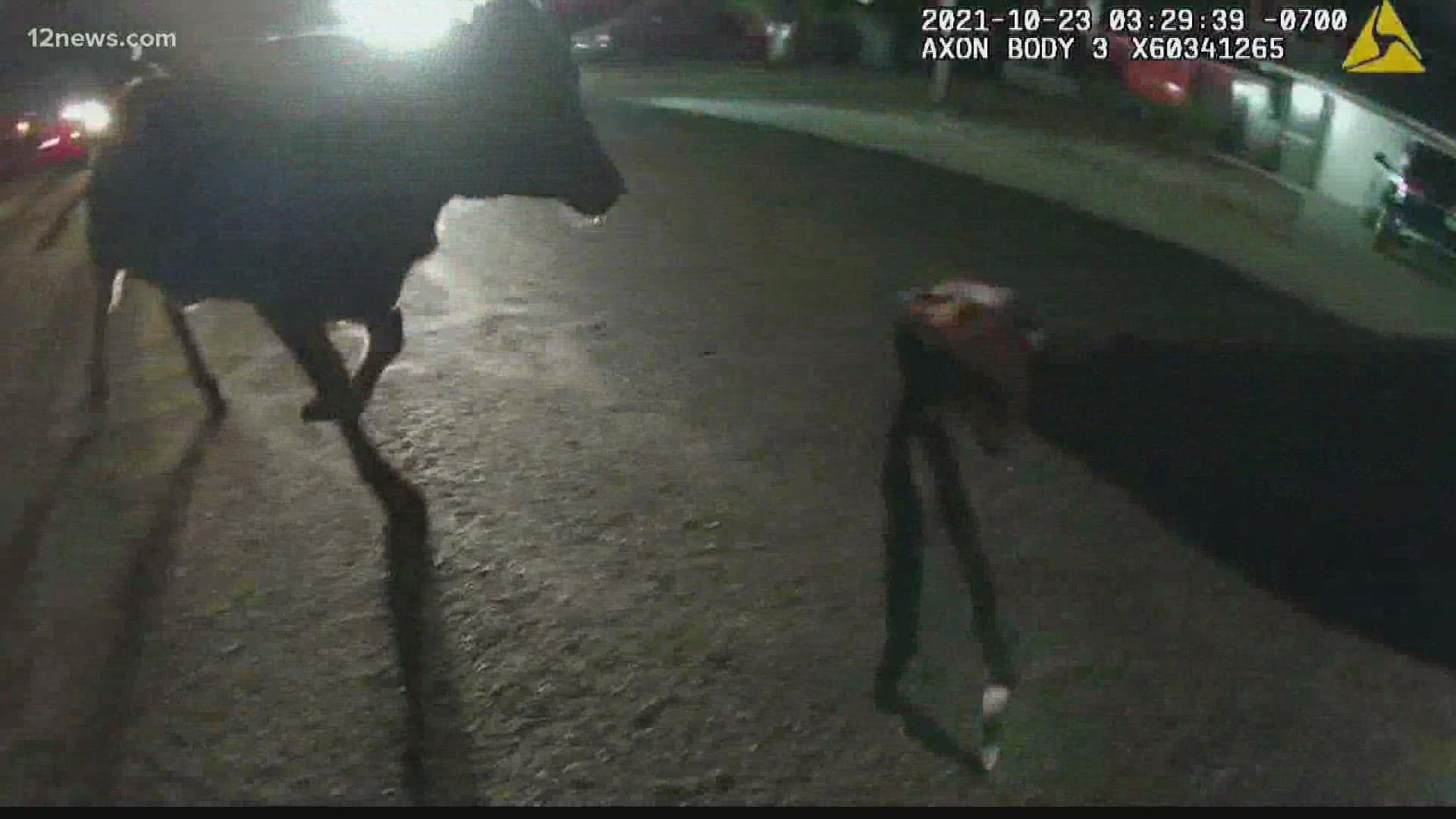 GLENDALE, Ariz. — The call came out as a road hazard, but it wasn’t what Glendale police officer Cole Philbrook was expecting.

“The call came out and I read it and I started laughing,” Philbrook recalled.

New on the police force and just months after graduating from the academy. Officer Cole Philbrook and a handful of other Glendale police officers got quite the working chasing a cow.

The cow was far from the farm and decided to head into a residential neighborhood near 67th Avenue and Cactus Road.

Police are trained to stop the bad guys, but a bad bovine is an entirely different kind of pursuit.

“We get taught how to work with aggressive dogs and other animals like that but never cows,” Philbrook said.

Police bodycams and one resident’s home security cameras show multiple officers pursuing the animal on foot while trying to block its path with police vehicles. At times it looked like they had it cornered, and it escapes into the neighborhood.

The heifer chase unfolded early Saturday morning and the commotion got the attention of the neighborhood.

Watch the video below

“Probably made four or five passes just up the street here,” said Toby Dunn, whose security camera caught all the action.

“Ran through our yard and all police cars drove by,” Toby’s daughter Mikaela Dunn explained. She even tried to help wrangle the cow – she even brought her own lasso out.

“I was hanging out of my car, and I was trying to rope it and swing it around its head,” Mikaela said.

It got away and while everyone has a great story to tell their friends and family there was a serious safety issue at play. Officers were trying to keep it from getting out onto the busy streets near the neighborhood.

“The cow was dark. It was the middle of the night. If someone didn’t see it or ran into it. Not only is the cow going to be injured but probably the driver of that car is going to be severely injured,” Philbrook said.

Officers were unable to wrangle in the cow. Her owner was eventually able to get the job done.

Philbrook learned anything can happen on the job.

“That’s what the best part of this job is. I was sitting there, and this call comes out and I have to go chase a cow. So, you never know what’s going to happen,” Philbrook said. 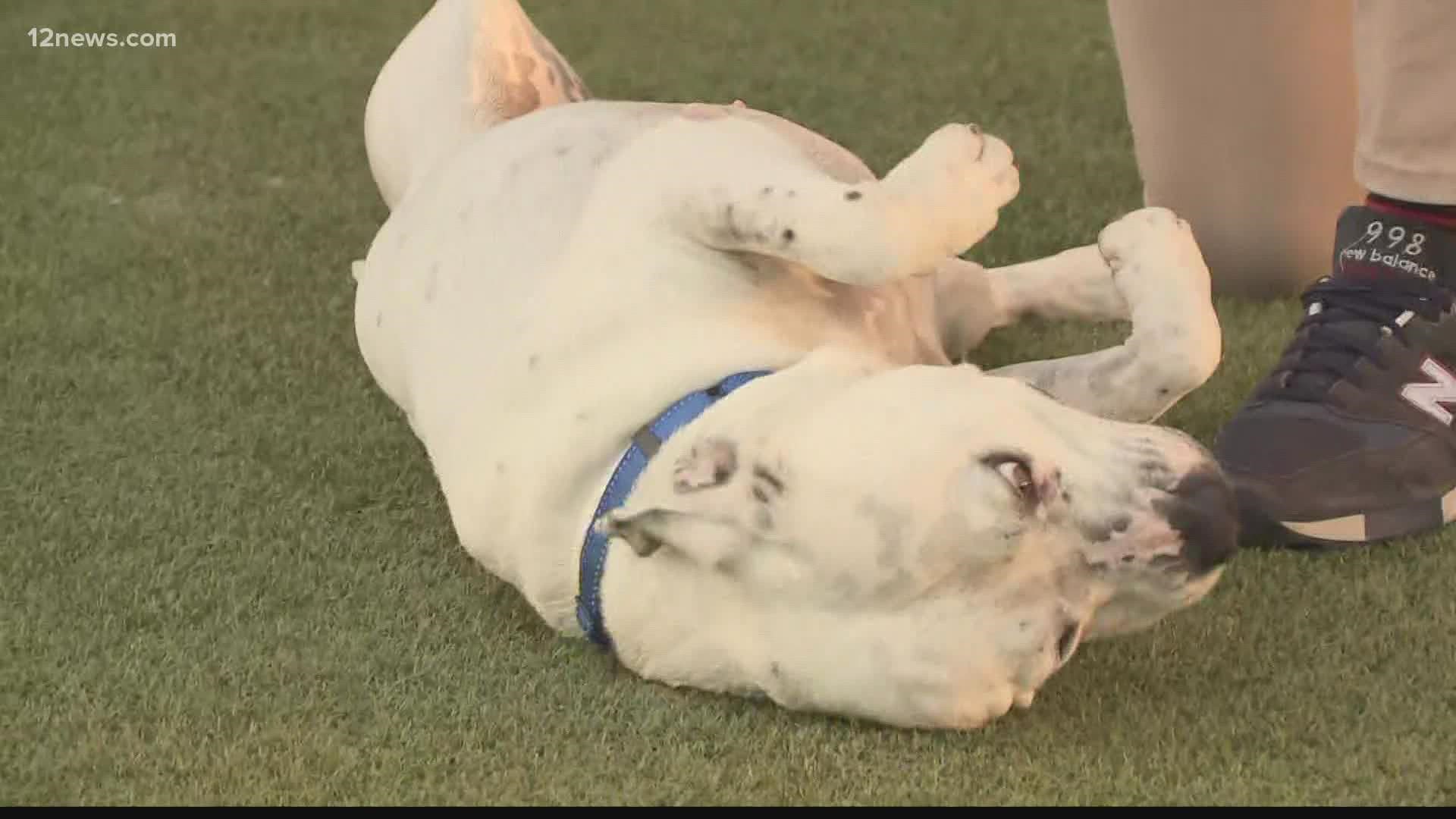