It was a black bear looking right back at her. She tried to make noise to scare the bear away. It didn’t work. 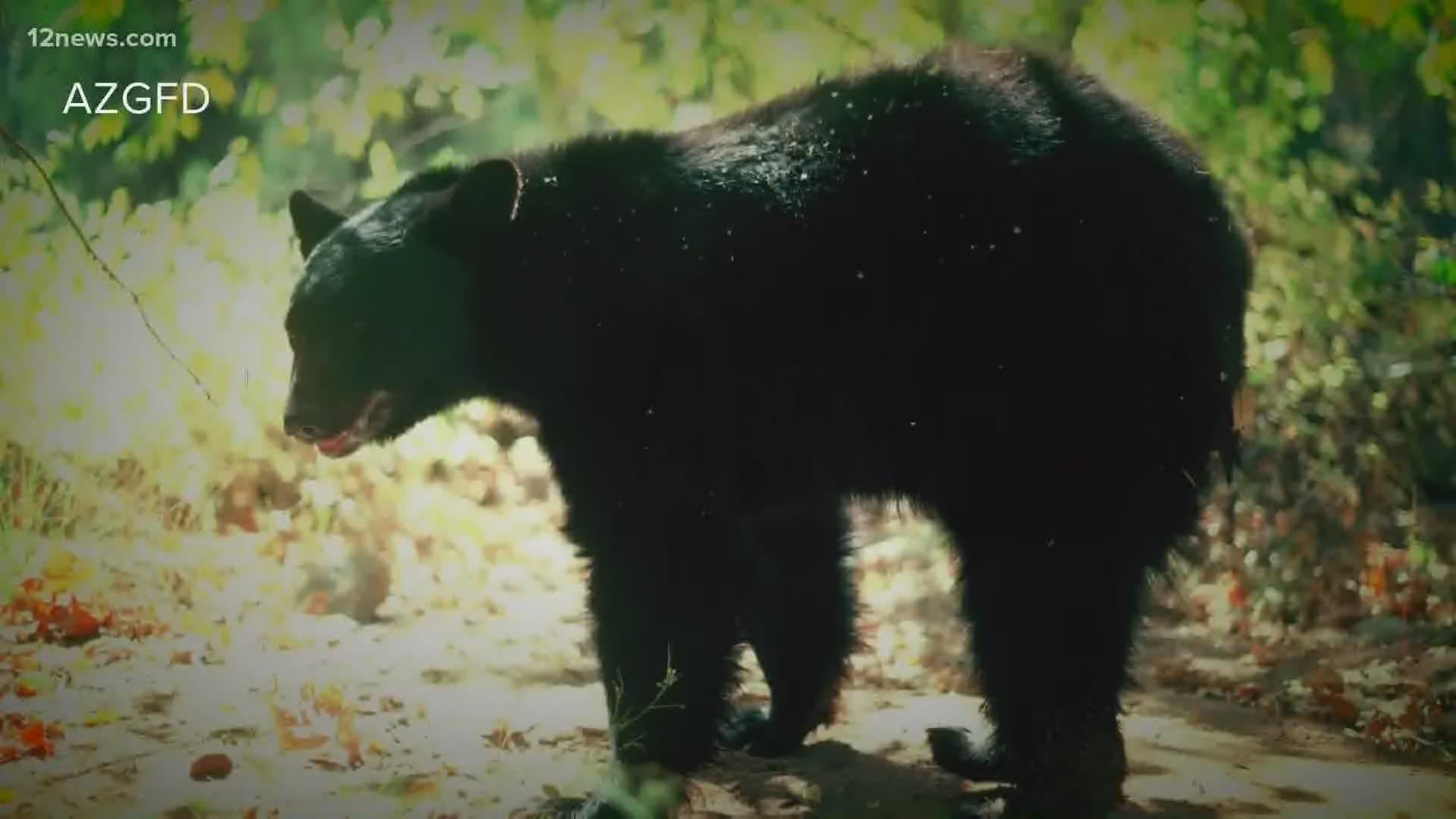 PHOENIX — It was supposed to be an escape from all the chaos in Phoenix – a camping trip in the Forest Lakes area – instead, it turned into terror.

"Most scary experience I have ever had in my entire life,” said the camper who does not want to be identified.

The camper heard her dogs barking and went to investigate.

"I turned back around and I just said 'is that a bear? Is that really a bear?" said the camper.

It was a black bear looking right back at her. She tried to make noise to scare the bear away as is often instructed. It didn’t work.

"He just charged. He just frick'n charged at me," the camper emotionally describing the encounter.

She took off running to her trailer and her dogs came to her defense. One coming in between her and the bear.

"The bear turned and started to go after that dog when my other dog started in from the other direction," she said.

She then remotely triggered her truck’s panic alarm. The bear just slammed its paw on the truck and then headed toward the trailer where she was hiding.

She still wasn't safe. Part of the trailer is made of tent material and it was looking straight at her through a window.

"A foot and a half away my face is from the bear's face,” said the camper. She could hear the bear grunting.

She hid in the bathroom until the bear was shot by a Navajo County deputy.

Game and Fish says it was a 2-year-old black bear probably looking for food. This is the time of year when young cubs are chased away by their mothers to live and fend for themselves. This one did not have enough instincts to fear people or be scared of loud sounds. Not an acceptable behavior according to Game and Fish.

"This situation in multiple ways was a bear that would be lethally removed to protect public safety."

The lifelong camper did everything Game and Fish recommends campers do. She kept the campsite clean and didn’t leave out food or trash.

Despite the attack, she says she's not deterred from spending time in the mountains.

"Stuff like this does happen but it is a rare occasion. I'm not going to let it spoil my love of nature."

RELATED: Valley woman sends warning after being attacked by javelina while on a walk with her dogs

RELATED: Scottsdale woman says her dog was attacked and killed by a pit bull