3 tips to keep scorpions away from your home

One Valley family had an epic scare when the 9-year-old daughter spotted a scorpion high up in the light fixture in their bathroom. 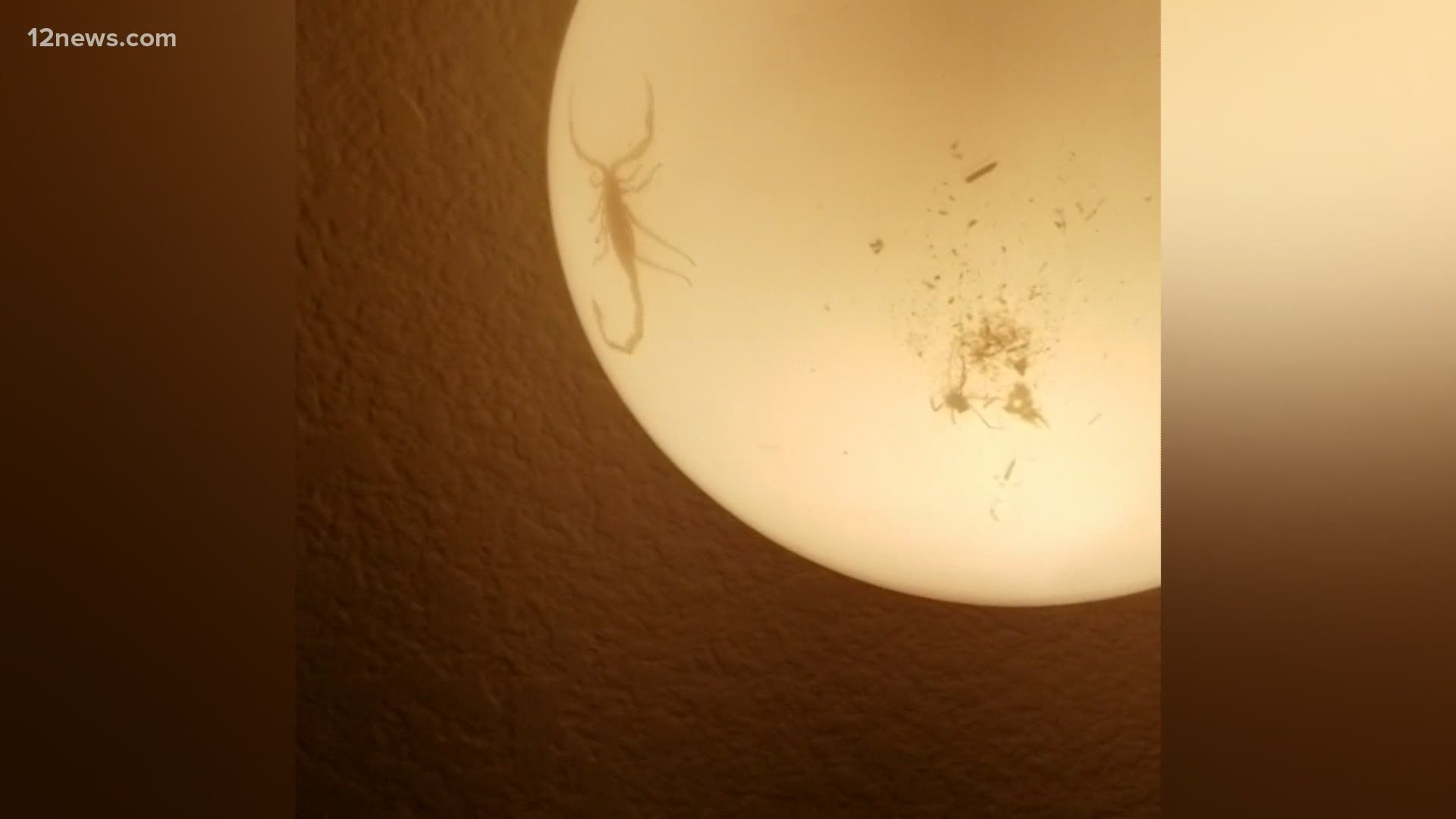 PHOENIX — Everyone is breathing a sigh of relief now that our cooler temperatures are here, but wouldn't you know it, the Valley's venomous villains - scorpions - are scaling new heights looking to warm up.

Experts like Mike Boyle with Burns Pest Elimination say there are a couple of things homeowners should know about the most unlikely places these pests are planning to call home over the winter months.

"They're looking to warm up, yes, but their food supply during the winter goes dormant, so they are looking for food indoors," Boyle said.

One Valley family had an epic scare when their 9-year-old daughter spotted a scorpion high up in the light fixture in their bathroom.

"She thought the light was flickering and she looked up and she saw it!" Nischal Shrestha said about his youngest child.

They were freaked out, to say the least, and he admits most of that comes from the unfamiliarity of scorpions themselves.

"It wasn't a total shock but we've never seen scorpions in real life before," he added.

Shrestha and his family moving to the valley from Ohio about a year ago and were unaware of these unwelcome visitors.

"I called my pest control guy and he said it's kind of normal but I was kind of surprised you know how did it get up there," Shrestha added.

Meanwhile, the pest control experts say, scorpions like to be vertical and upside down so they tend to pop up in undesirable places.

He says, some of the best ways to ward off the bugs are to leave the light on if they're up in a fixture, that will allow the heat to kill the creepy crawler. He says you can call a professional to come out and handle the situation or DIY and grab the tongs.

"Grab the long tongs, grab them by the tail and you can do a catch and release or you can dispose of them humanely," he added.

As for the scorpion in the bathroom, Shrestha says, it's still up there but he is planning to get it out as soon as he knows for sure it's gone to a better place.

"I'll tap it on the bulb to make sure it doesn't move, put some gloves on, unscrew the globe and then take it out," he said.

Ultimately experts say, to keep bugs away, keep a tidy home, close doors and conduct regular treatments. Those are the most ideal ways to avoid scorpions and unwanted bugs during the winter as well.