A coyote was successfully removed from the side of the road after being hit but will undergo surgery, losing a leg before being released. 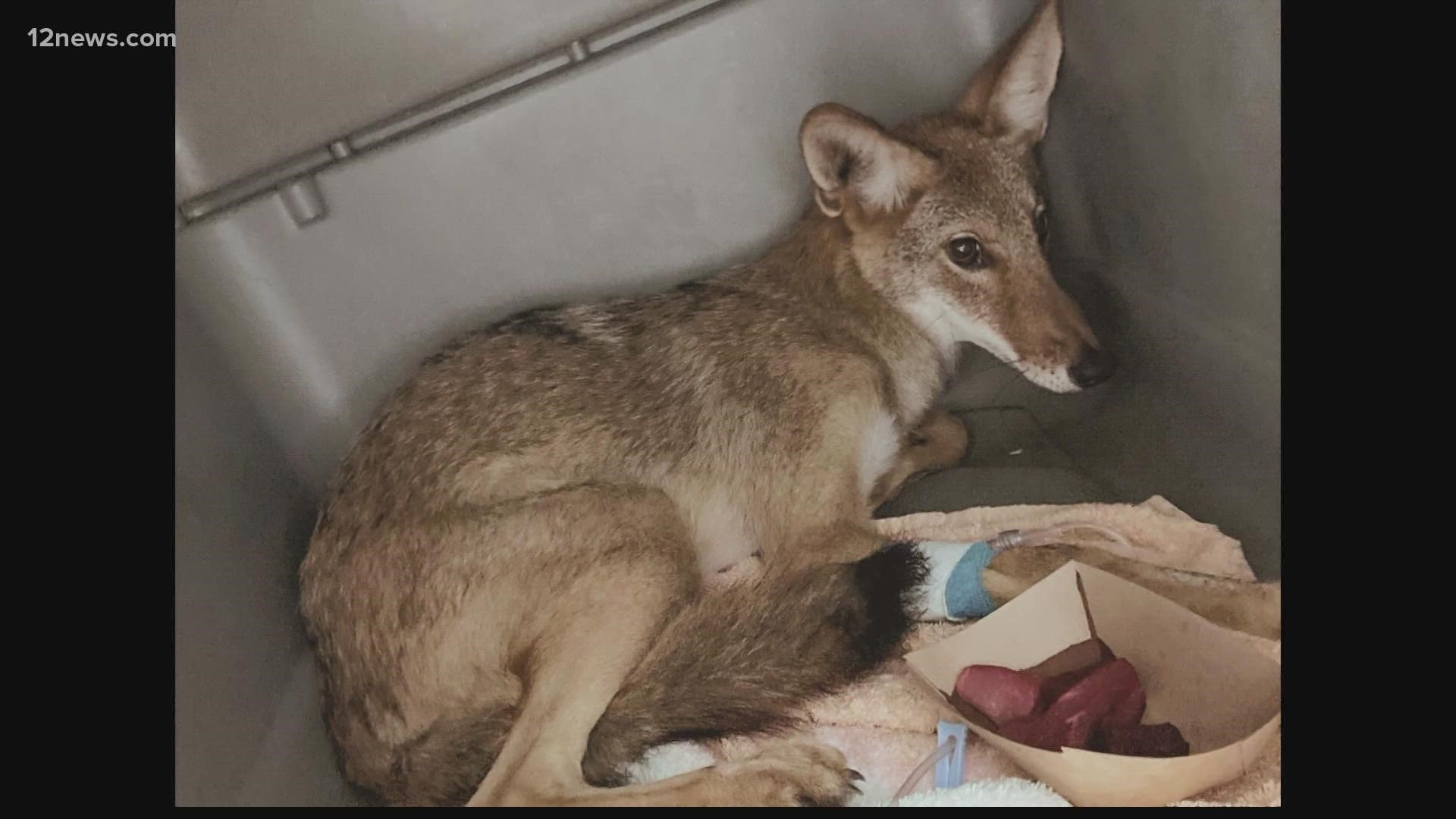 PHOENIX — A young coyote was rescued after being struck by a vehicle on State Route 202.

On August 25, a state trooper responded to a coyote that had injured legs and lying near rocks on SR 202, west of the U.S. 60 ramp, according to a release from the Arizona Department of Public Safety.

The ramp closed while experts from the Southwest Wildlife Conservation Center captured the coyote.

Both of his hind legs are severely broken and one will be amputated, according to a released statement.

Three-legged coyotes typically adjust well to their new mobility and many have been released every year, according to a statement released from SWCC.

Below is a video of the highway rescue that only trained officials should perform.