The Southwest Wildlife Conservation Center works to rehabilitate and release animals who find themselves in Arizona's suburban areas. 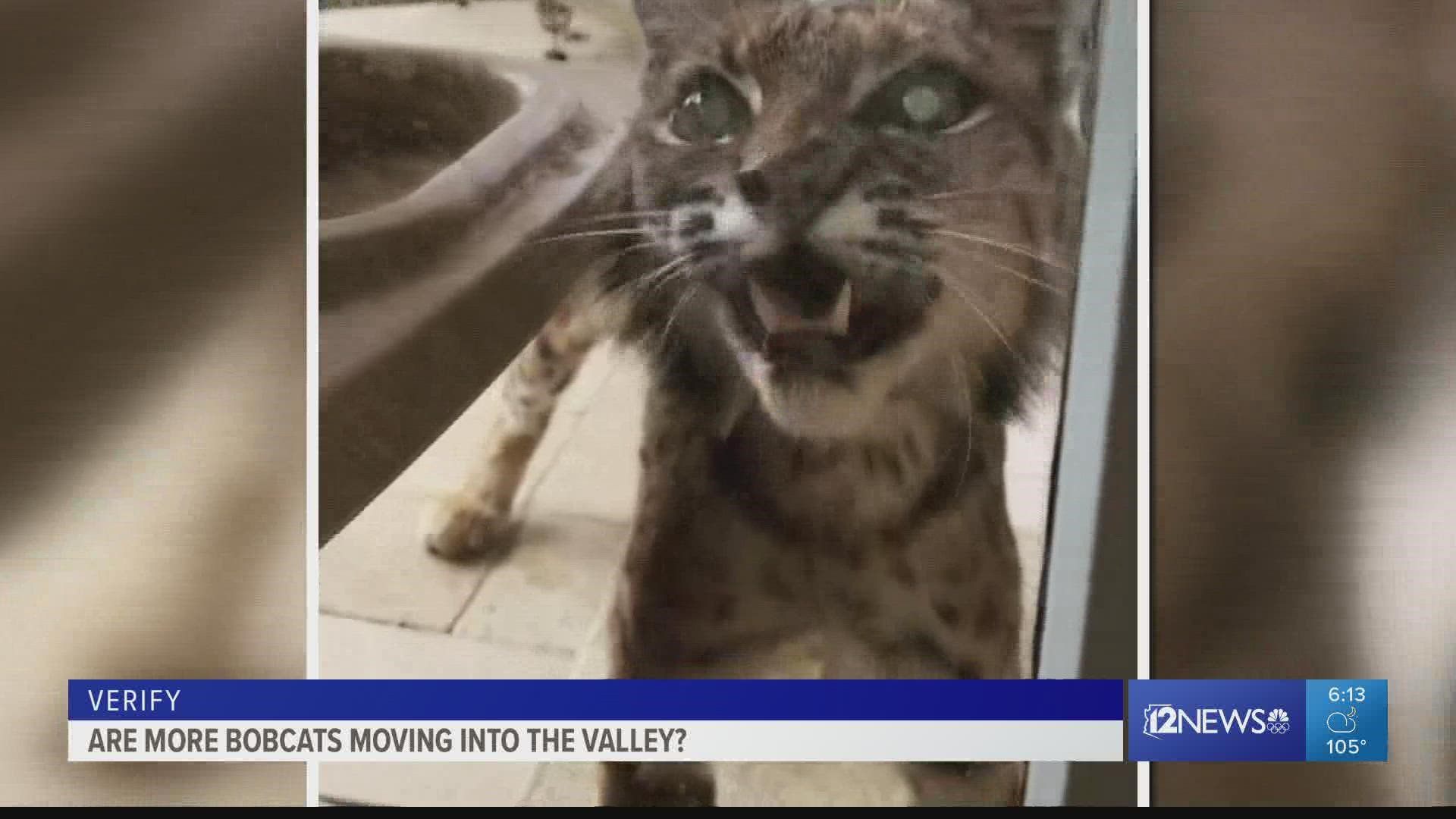 ARIZONA, USA — Editor's note: The video above is from a newscast on Aug. 8.

Over the past year, you may have noticed some furry friends making themselves comfortable in your neighborhood or even your backyard.

Most recently, Valley residents have noticed more bobcat activity as they settle near pools to raise their families. For the Southwest Wildlife Conservation Center, growing numbers of animals moving into human territory can make for some potentially life-threatening situations for them.

Khymberly Lewus, a veterinary technician and clinic manager for the conservation center, said that when dealing with wildlife, it is best left to the professionals.

The conservation center is an organization that primarily handles the rehabilitation and release of mammals such as bears, bobcats, and mountain lions in Arizona.

Lewus said that their goal is always to release but there are some circumstances that lead to long-term captivity.

“Animals that aren’t releasable due to too much human interaction. If someone tried to keep them as a pet and now they’re too social, or they don’t know the typical behaviors to be released,” Lewus said.

Additionally, animals who were either too severely injured or were orphaned with certain medical conditions will find a lifelong home at the conservation center.

Lewus explained that, as land development continues, animals are finding themselves more susceptible to dangerous human interactions like car accidents or animal traps. Likewise, finding suitable land to release them on is becoming more difficult.

As more houses get built around the Valley, there's less undeveloped land for wildlife to use as their habitat.

“It has definitely limited the locations we feel comfortable releasing in,” Lewus said. “We’ve been fortunate in finding other locations, but it has definitely been a struggle between droughts and fires.”

Another issue that the conservation center faces is orphaned animals. When residents find babies, they tend to call to have them moved.

“That’s probably our highest office for intakes are orphans that people don’t think have their parents because they’re out hunting,” Lewus said. “So they pull them from their parents or nesting area.”

When animals do become orphaned, the conservation center will care for the babies until they become self-sufficient enough to start socializing with the other animals. The goal is to prepare them for a successful life in the wild.

They have also made use of a foster care system where babies are paired with animals of the same species to be cared for.

Lewus said when it comes to concerns over wildlife, locals can give the conservation team a call. A team of professionals can counsel people on ways to handle unexpected visitors and send people out to remove them safely.

For more information and learning materials, visit the organization's website.