Shelters are overcrowded with large breed dogs, because when people do show interest in adopting, the small breed dogs are going first. 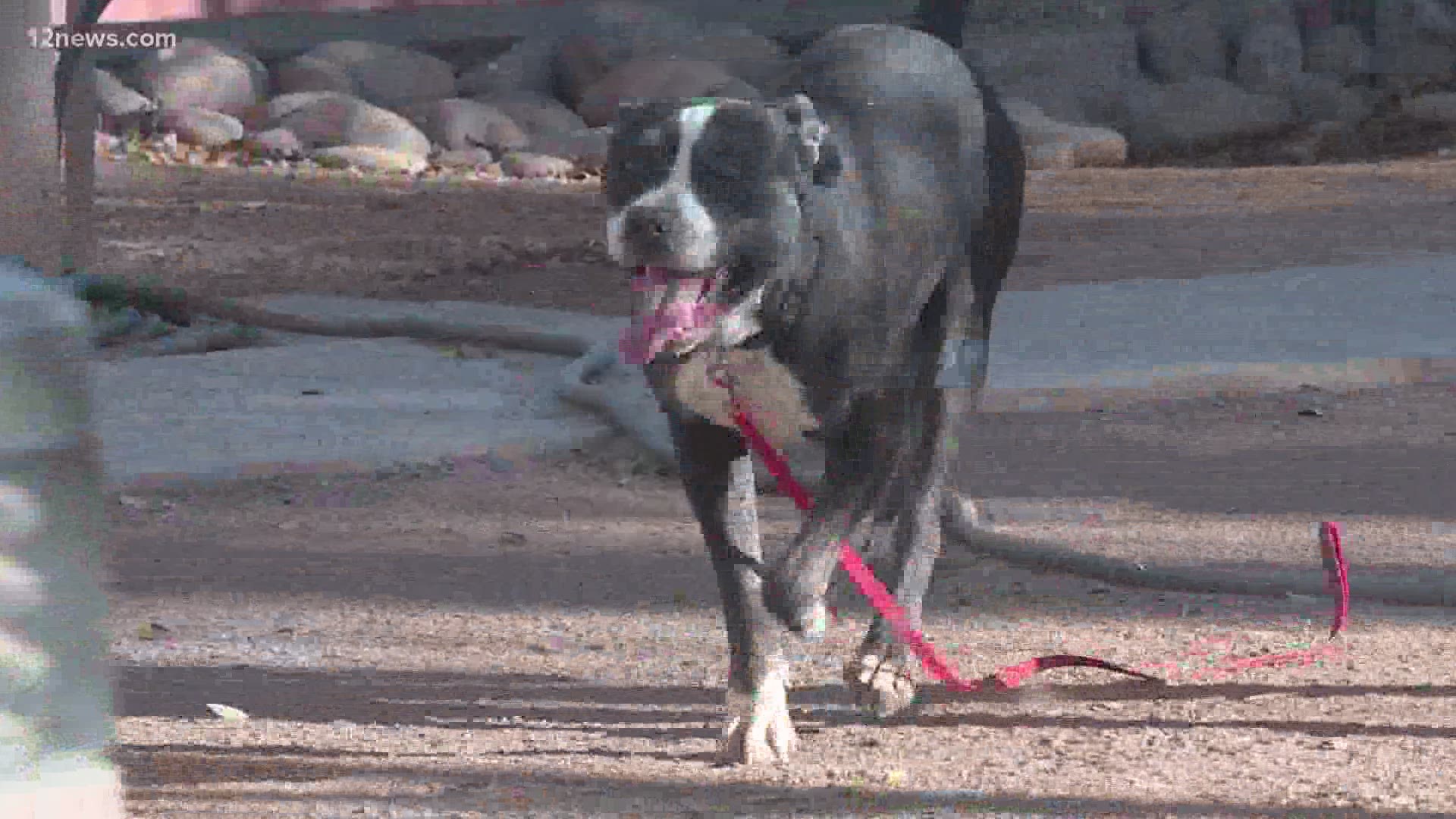 PHOENIX — Across the nation, animal rescues have seen a spike in adoptions and foster applications at the start of the COVID-19 pandemic, but now they are seeing a shift the other direction.

Currently, Maricopa County Animal Care and Control is overcrowded with large breed dogs, because when people do show interest in adopting, the small breed dogs are going first.

300 dogs, cats waiting to be adopted

Nico, a 2-year-old chihuahua that came in as a stray at the Maricopa County Animal Care and Control is one of hundreds of dogs and cats waiting to be adopted.

She says interest in small dogs has been much higher than the big dogs, so now they have an abundance of large breed dogs.

“We’ve seen a tremendous increase in intakes over the past two weeks,” Gery said.

Adopting a dog over 30 lbs? Petco will pay the fees

In an effort to get more dogs adopted, Petco is paying the adoption fee for dogs over 30 pounds.

“What’s included are all the vaccinations, the spay or neutering and also microchipping,” she said.

Rescue agencies are stepping up to help care for some of the animals until they are adopted.

“Animals just bring so much to your life and until you have one, you don’t realize how much they do bring to you,” Karen Anderson, chief operations officer at Heidi’s Village.

She explained the important role they play in the adoption process.

“We help a lot of the rescues here in the Valley have a chance to be able to pull more dogs and board them with us until they are able to get them in to foster homes or forever adoptive homes,” Anderson said.

“Adopting really saves a life, so if you adopt from a rescue or a shelter, it actually saves two dogs. It allows that space to open up for another dog, for a stray or an owner surrender to come in as well as saving it from a rescue,” said Jennifer McCormick of Alone No More Dog Rescue.

They’re also working hand-in-hand on the effort to get these dogs and cats into safe, happy homes.

The adoption process takes anywhere from 20 minutes to an hour depending on how long the meet and greet takes and whether you already have a dog you want to introduce to your new furry friend.

If you’re interested in adopting or volunteering, here are some resources