One Casa Grande family, along with their retired service dog Iiken, are working to change how service animals are recognized upon returning home. 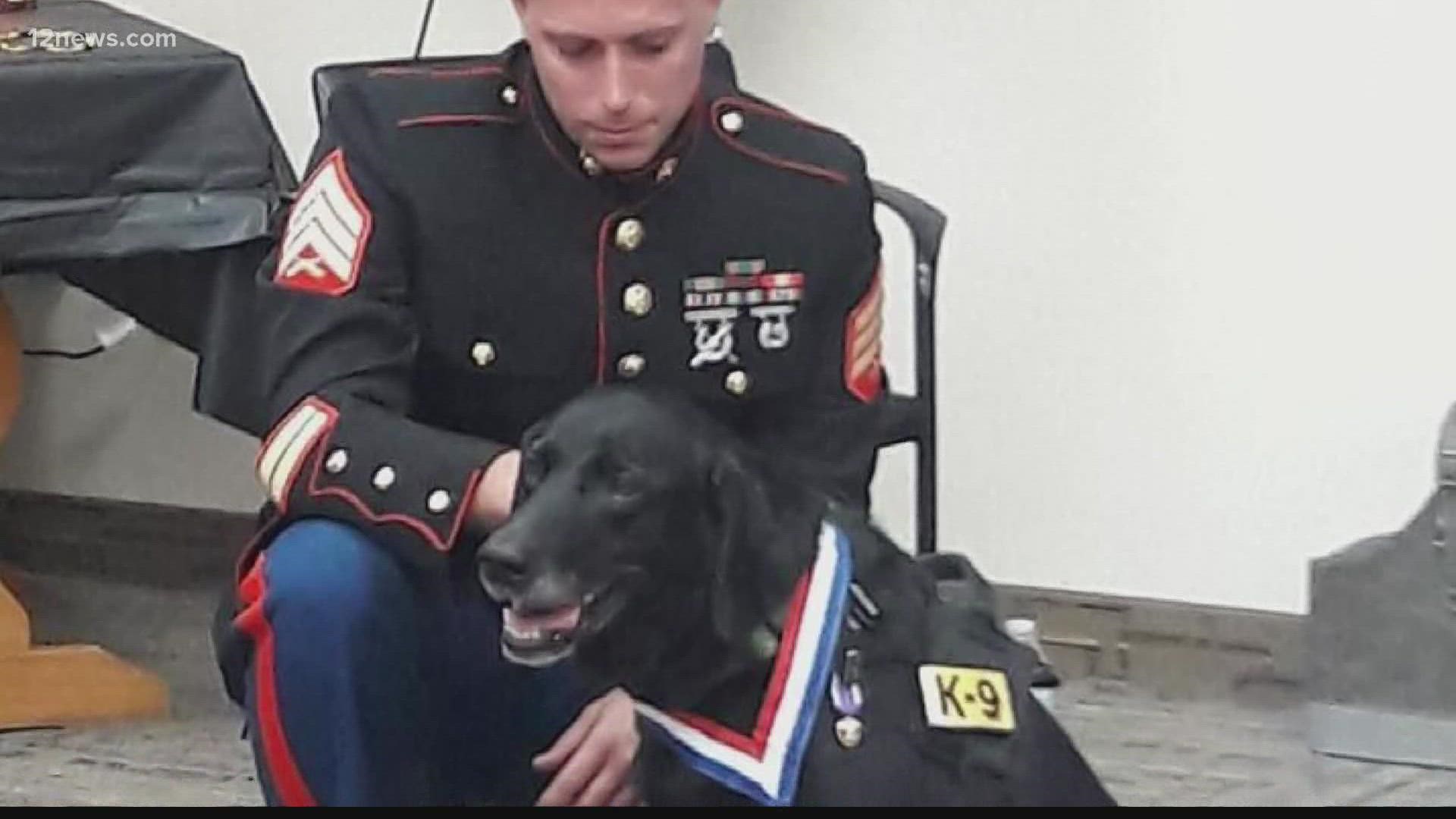 CASA GRANDE, Ariz. — While running through his backyard and chasing a ball, Iiken may look like a normal, playful dog. But there is more to the black Labrador Retriever than his playful demeanor.

Iiken is a veteran. A military dog who has served his country with distinction.

As a bomb-sniffing dog in Afghanistan, Iiken’s job was to sniff out explosives and keep American service members safe. He has the scars to prove it.

“They were out on a mission and the vehicle they were riding in ran over an IED,” Miller explained.

Iiken’s handler at the time performed life-saving first aid to stabilize the dog, who had extensive injuries to his side and back legs. Iiken was then flown back to California where he underwent multiple surgeries to repair the damage the IED inflicted.

Once Iiken could walk again, and perform his duties, he was returned to the front lines to continue his service.

Now 15 years old, Iiken is enjoying his golden years in retirement with this family in Casa Grande. Taken in by the parents of one of his last handlers, Iiken splits his time on the couch and as an ambassador for military dogs.

“He knows once that [service] vest goes on, it's time to ‘work,'” Miller said. “And when I mean work, I mean he goes out and talks to people, we tell a story. They pet him, they love on him and he eats it up.”

Miller and her husband hope that someday war dogs like Iiken will be taken care of after their service; offered the same type of health benefits afforded to human service members.

Most war dogs suffer the same kind of wounds.

“We need to make sure that these dogs are taken care of upon their retirement,” said Miller. “You know, some come back with what they call a tripod: missing a leg. Or to some comeback like Iiken, who has PTSD. He has nightmares in his sleep. You can watch him. He'll cry out in his sleep.”

As Iiken lives out his retirement playing ball and lounging on the couch, Miller hopes for a future where the government, who sends these dogs to war, pays them the respect they earned.

“They've saved lives. Why can't we treat them like a service member that they are?” Asks Miller.

The Millers are also advocating for military dogs to be afforded the same benefits as service animals. As it stands, Iiken is not allowed in places like grocery stores or public transportation, despite his service and training.