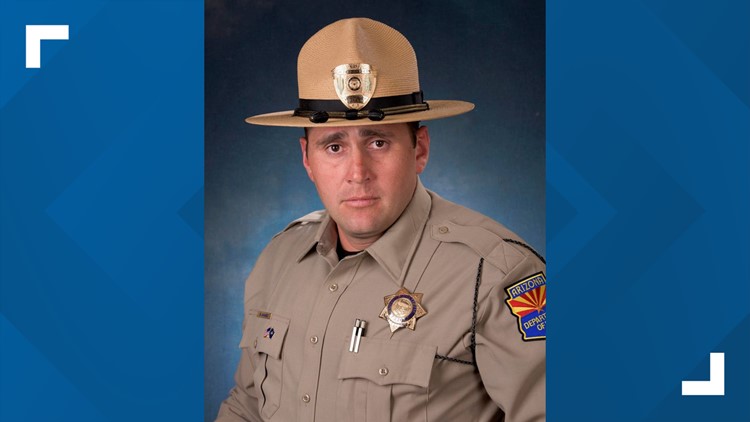 Photo by: (DPS, Arizona)
Trooper Brandon Jacquez was driving home last month when he heard a call of a bull attack.

'He is a hero': Off-duty trooper praised for rescuing Benson man brutally attacked by bull

BENSON, Ariz — An Arizona state trooper is being hailed as a hero for rescuing a Benson man after he was brutally attacked by a bull.

Trooper Brandon Jacquez was driving home last month when he heard a call of a bull attack. Despite being off duty, Jacquez was the closest trooper in the area, and he rushed to the scene.

The victim wasn’t moving after being gored and trampled on, but the bull kept neighbors from helping him. Jacquez and other witnesses were able to distract the animal, and Jacquez killed the bull to end the attack.

Jacquez then gave the victim first-aid until he was airlifted to a hospital alive but with major injuries.

A neighbor said if Jacquez wasn’t there, she and her husband could have been attacked as well.

“If he had not been there, I fear the outcome might have been very different,” she said. “In my mind, he is a hero for being instrumental in preventing what could have been an unthinkable tragedy.”