Meet Nelson, the baby elephant born at the Houston Zoo 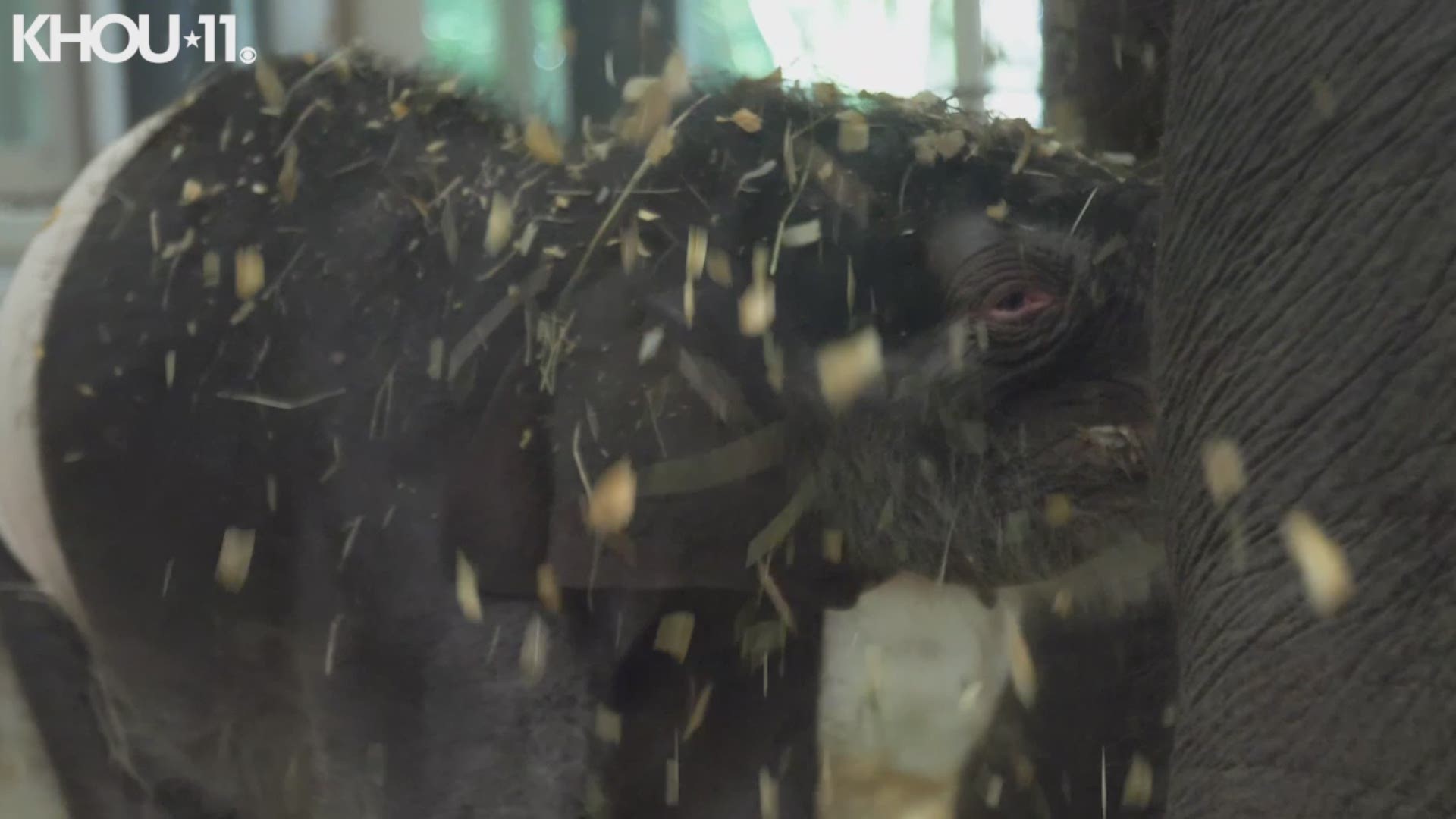 HOUSTON — There’s a new baby elephant at the Houston Zoo.

Nelson was born Tuesday morning, weighing in a whopping 326 pounds, becoming the 11th elephant at the zoo and joining his mom, Shanti, and six siblings.

Nelson is with his mom, but there were some serious complications during delivery.

Veterinarians found that right after his birth, Nelson had torn a vessel in his umbilical cord and he was badly bleeding.

He was immediately taken into surgery, where a team of vets were able to stop the bleeding and close the hole in his stomach.

He was reunited with his mom shortly after surgery and began walking and nursing that same day.

Meet Nelson! The baby elephant born at the Houston Zoo

“We are extremely proud of our dedicated, skilled and experienced elephant and veterinary teams, who were throughouly organized and ready to respond to whatever our new calf needed,” said Lisa Marie Avendano, vice president of animal operations at the Houston Zoo.

Officials will be monitoring Nelson and Shanti in the coming days to make sure they’re communicating and Nelson is growing.

“We look forward to continuing to watch Nelson and Shanti bond and introducing him to Houston,” Avendano said.