The shelter is responding to social media posts saying their dogs are living in sweltering conditions -- and says that couldn't be further from the truth. 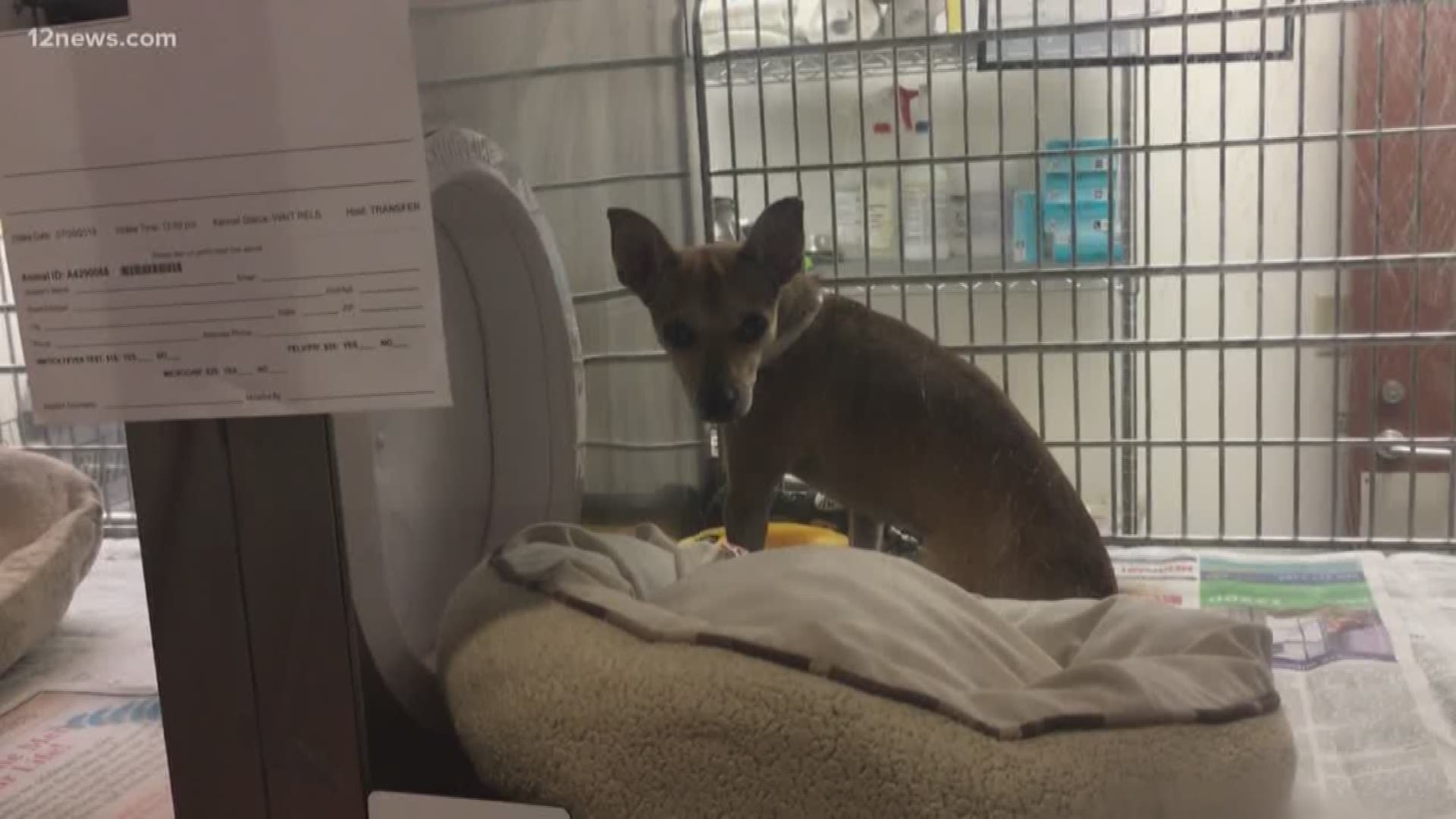 PHOENIX — During these hot summer months, Maricopa County Animal Care and Control does its best to keep their kennels as cool and safe as possible.

Their kennels use an evaporative cooling system that can have a tough time keeping up with the sweltering temperatures and humidity that comes with the monsoon season.

A recent social media post that claimed the animals were not properly being taken care of caught the eye of shelter staff, who said that couldn't be further from the truth.

For spokesman Jose Santiago, nothing gets his blood boiling more than when he hears people say they’re not doing everything they can to keep the animals here safe.

“That’s the most hurtful of the accusations, is that we’re not doing the most we can. We’re in the business to make sure these animals are taken care of and remain as healthy as possible while they’re in our care,” said Santiago.

The staff uses electronic temperature gauges with a laser beam to monitor temperatures throughout their nine kennels.

The issue for the kennels is they use an evaporative cooling system, commonly called a swamp cooler.

RELATED: Here are 5 ways to protect your pup during Arizona's hot summer months

During the monsoon, the system has a much tougher time generating cooler air. So the staff is providing wet blankets, making sure water is extra cold and stocking each room with these portable units to make sure every dog has cool air.

Santiago said the shelter has fielded calls and responded to social media posts claiming the dogs are living in dangerously hot conditions inside the shelter’s kennels.

“We do everything we can; we have the coolers and supplemental coolers. We check at least once an hour making sure all the buckets are full of water,” Shelter Manager John Reynolds said.

Santiago said if anyone is wondering how the animals are being treated, they can come out to the shelter and see for themselves.

"We welcome them to come and tour the shelter and come see for yourself. There’s something different when you experience it for yourself and not a Facebook post,” said Santiago.