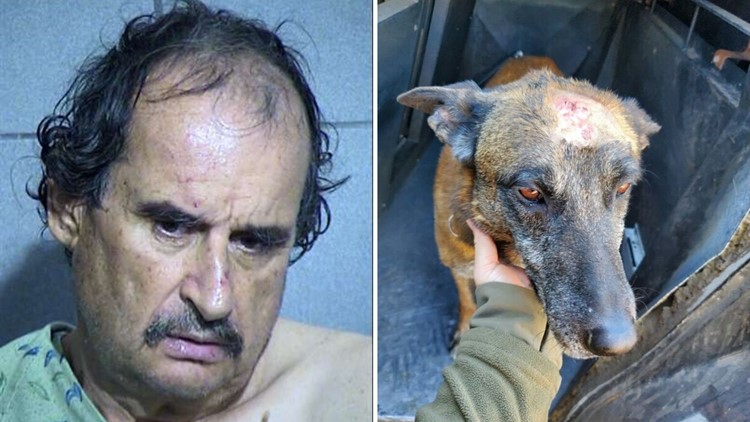 MARICOPA COUNTY, Ariz. — A Maricopa County Sheriff’s Office K-9 will be OK after he was shot several times in the head by a pellet gun while arresting a standoff suspect.

Sheriff’s deputies tried to arrest 61-year-old Harold Whistler Tuesday after getting calls of a man pointing a gun at people near 293rd Ave and Polk Street, but he barricaded himself inside his home and refused to give up.

After hours of failed negotiating, the department’s SWAT team was deployed along with a K-9 officer named Karl.

Police say Whistler fired the pellet gun three times as Karl chased him down, striking the dog in the ear and mouth. Whistler also allegedly pistol-whipped the K-9 as he bit his leg.

Sheriff Paul Penzone says Karl will make a full recovery and will return to duty soon.

“Every member of the MCSO family is valued,” Penzone said. “We will not tolerate acts of violence against our team as they work to keep the community safe."