Officials successfully relocated 57 bison from the North Rim of the Grand Canyon earlier this month.

Eleven more bison were outfitted with tracking collars and released during the corralling process, officials said. That was done for park wildlife biologists to study migratory patterns and population size among bison.

The goal of the program was to capture and relocate between 60 to 100 bison between Aug. 28 and Sept. 8.

A pilot program was done on the North Rim in September 2019, when 31 bison were relocated to the Quapaw Tribe in Oklahoma.

National Park Service wildlife biologists estimate that the North Rim bison herd has grown from approximately 100 bison, which were brought to the House Rock Wildlife Area in the early 1900s, to between 400 to 600 bison.

Though the bison roam the Kaibab Plateau, they spend most of their time on the North Rim of the park, officials said.

Wildlife biologists predict that the herd could grow to nearly 800 bison in the next three years and be as large as 1,200 to 1,500 animals within 10 years.

In the next three to five years, the National Park Service will continue to reduce the size of the House Rock bison herd on the Kaibab Plateau, officials said. 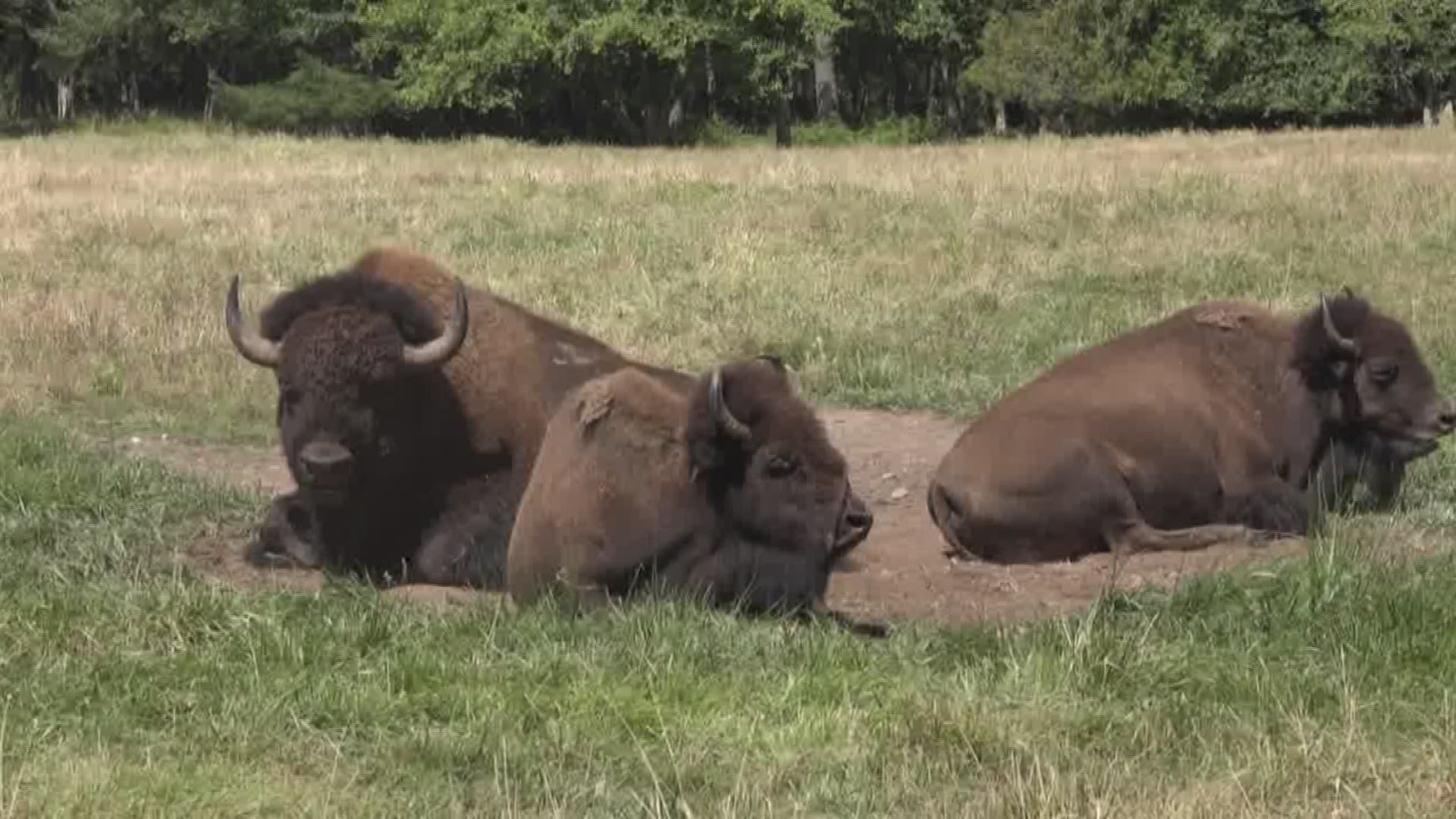