Cicada Killer Wasps and Murder Hornets: Are they as dangerous as they sound?

An expert with the University of Arizona explained what exactly Cicada Killer Wasps and Murder Hornets are -- and calms any worry about them.

Credit: AP
A dead Asian giant hornet sent from Japan is held on a pin by Sven Spichiger, an entomologist with the Washington State Department of Agriculture, Monday, May 4, 2020, in Olympia, Wash. The insect, which has been found in Washington state, is the world's largest hornet, and has been dubbed the "Murder Hornet" in reference to its appetite for honey bees, and a sting that can be fatal to some people. (AP Photo/Ted S. Warren)
Author: Rachel Cole
Published: 10:53 AM MST September 28, 2020

ARIZONA, USA — Arizonans encounter insects of all different kinds, including Cicada Killer Wasps and the notorious "Murder Hornets," during the summers, but what exactly should we know about them?

First, there is a major distinction between the two, as Gene Hall with the University of Arizona's Insect Collection Department explains to 12 News.

"People were confusing that or curious if the Cicada Killer Wasp that occurs in Arizona was the Asian Giant Hornet," he says.

Hall said in 36 years of studying such insects, there's really no need to worry even though the names of both respective bugs can be daunting.

"The name is generally associated with the fact that it kills other insects and feeds on other insects," Hall added.

Even though the Cicada Killer Wasps are native to the Grand Canyon State, Hall said Arizonans should not be alarmed, but they should be aware.

"Cicada Killer Wasps are actually a pollen feeder -- or nectar feeder, I should say -- so both wasps feed on two different things, they have two different kinds of life histories," Hall added.

He adds the heightened concern is credited to the recent quarantine. More people at home during the summer months means noticing new creatures.

"They were just seeing these wasps for the first time after living here for 10, 20, 30 years," Hall said. "So it did seem like this year -- we were seeing this year an abundance of Cicada Killer Wasps out."

Plus the excessively hot and dry summer we've had in 2020 impacts the insects’ pattern.

"Sometimes, they're not staying out or being as active as usual, because of the lack of water or lack of moisture and the excessive heat," Hall said.

Again, there's truly no cause for concern. In fact, Hall said, if possible, take the time to enjoy and observe the insects.

"Just let them be, let them do their thing, they're going about their daily business of doing what they need to do to survive, feeding off pollen or nectar whatever they're into as adults and finding hosts to feed their young," he said.

FROM OUR SISTER STATION, KTVB: 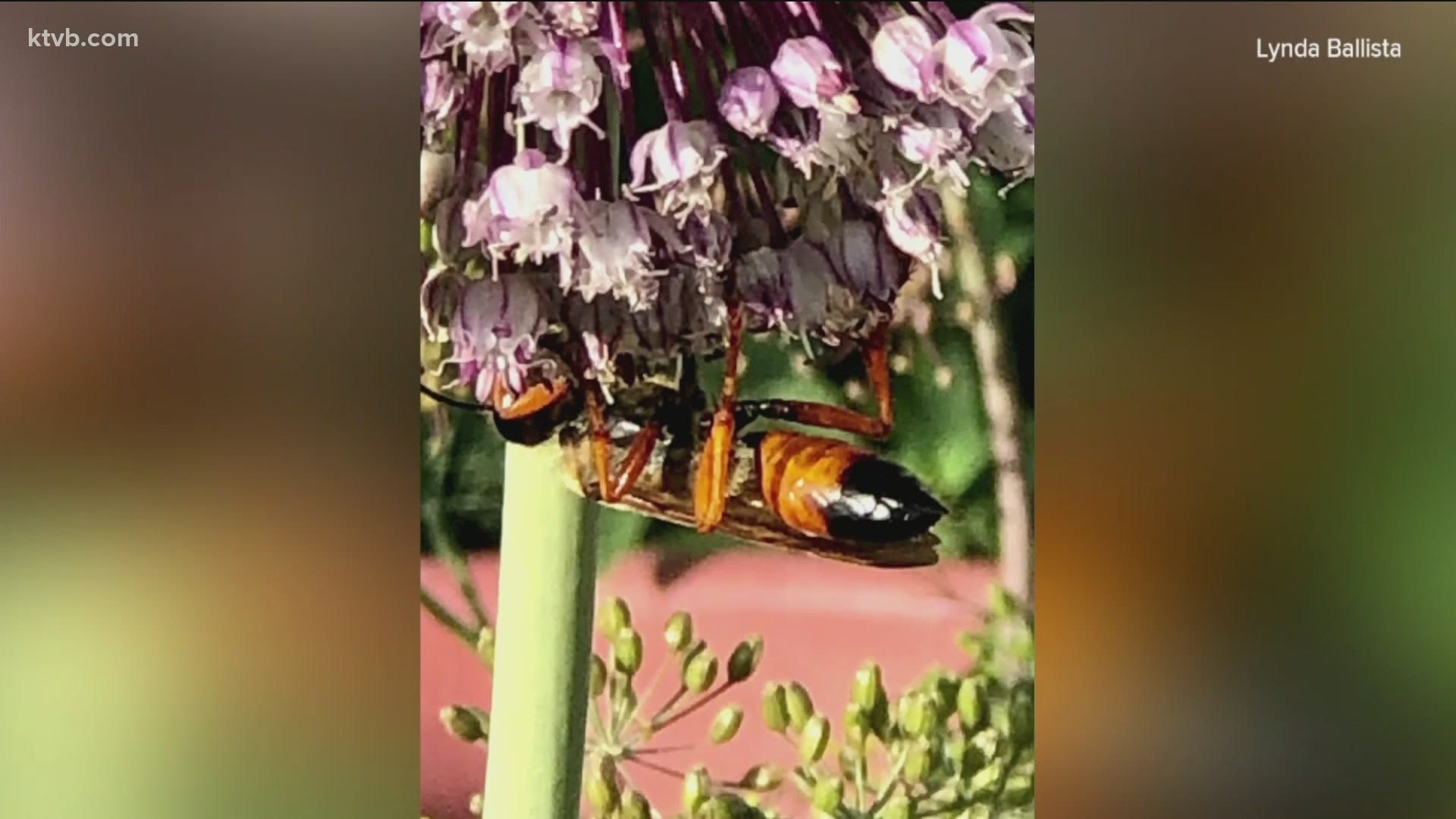