Though bark scorpions are common throughout Arizona, this is an opportunity to safely get an up-close look at baby scorpions. 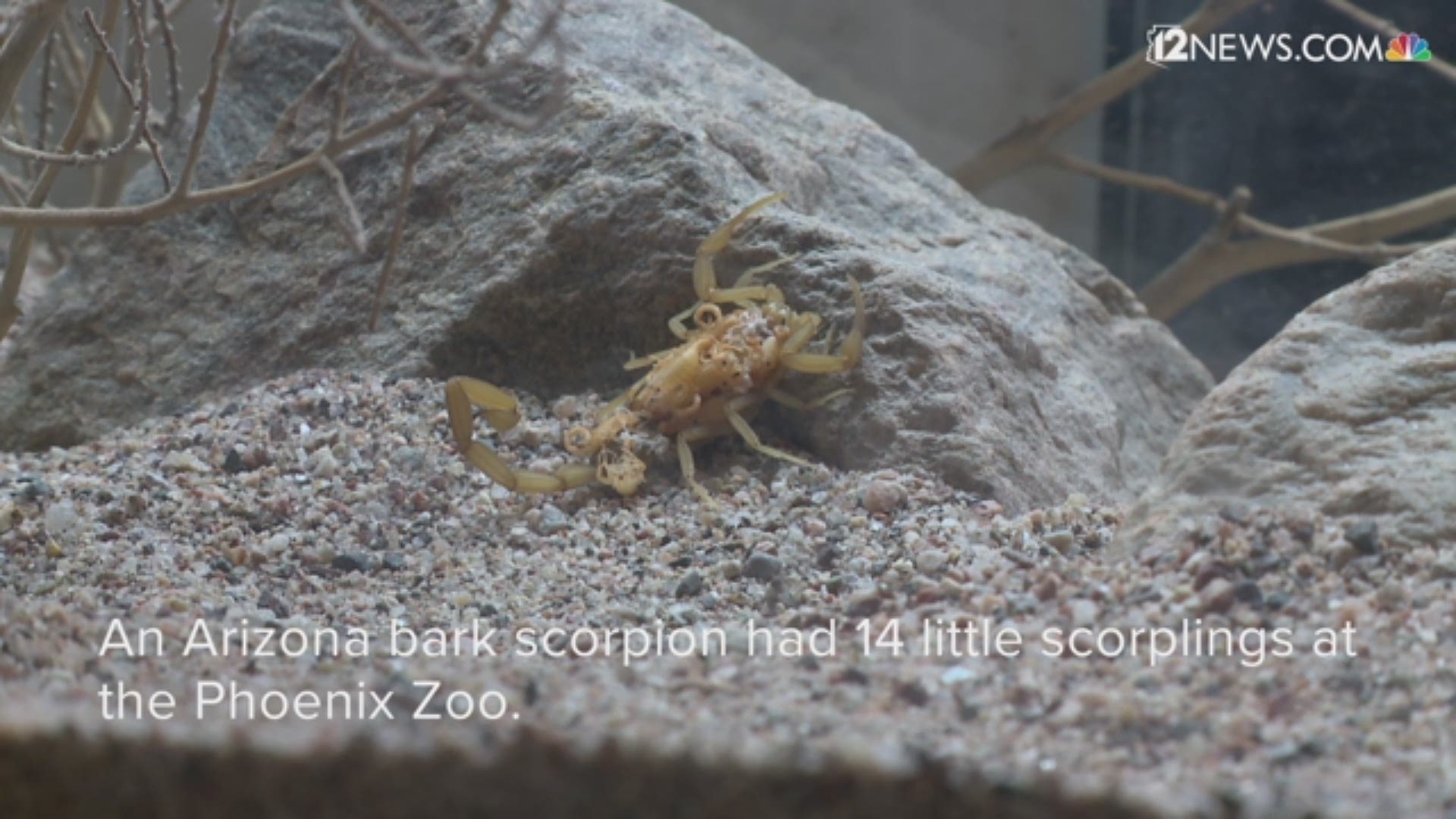 PHOENIX — When the Phoenix Zoo shares photos and videos of its baby animals, we usually get treated to cuteness overload. But the zoo recently announced the birth of some not-so-cuddly critters.

In June, the Arizona bark scorpion in the Diversity Building of the aviary along the Arizona Trail had babies. The Phoenix Zoo shared photos of the babies on its Facebook page.

The zoo said scorpions typically give birth during the summer months. James Hall, senior keeper of ectotherms (cold-blooded animals) for the Arizona Trail, said there are 14 babies total in this particular brood.

The babies ride around on the mother’s back until they molt, which could take anywhere from one to three weeks. Bark scorpions only grow to be about 2 to 3 inches in length and live two to six years on average.

While the zoo might be proud of its bark scorpion babies, the average Arizona resident might not be so thrilled about having them around.

Hall said bark scorpions are one of the most common species of scorpions in the state. They can be found in the Phoenix area and generally like places with more moisture.

“These guys are our most venomous species of scorpion in the state. They do send people to the hospital from a sting,” Hall said.

Scorpions like to hide around homes to seek shelter from the sun. You may find them living in cracks and among the rocks on your property. And now you know you may have a whole brood of scorpions to deal with during the summer.

Hall said if you find a scorpion in your home, you can put a cup over it, slide a piece of paper underneath and release it outside—if you feel comfortable doing so. If the very thought of interacting with a scorpion sends chills down your spine, you’ll probably want to call pest control.