A Phoenix woman shared a video of the early morning visitor with a warning. 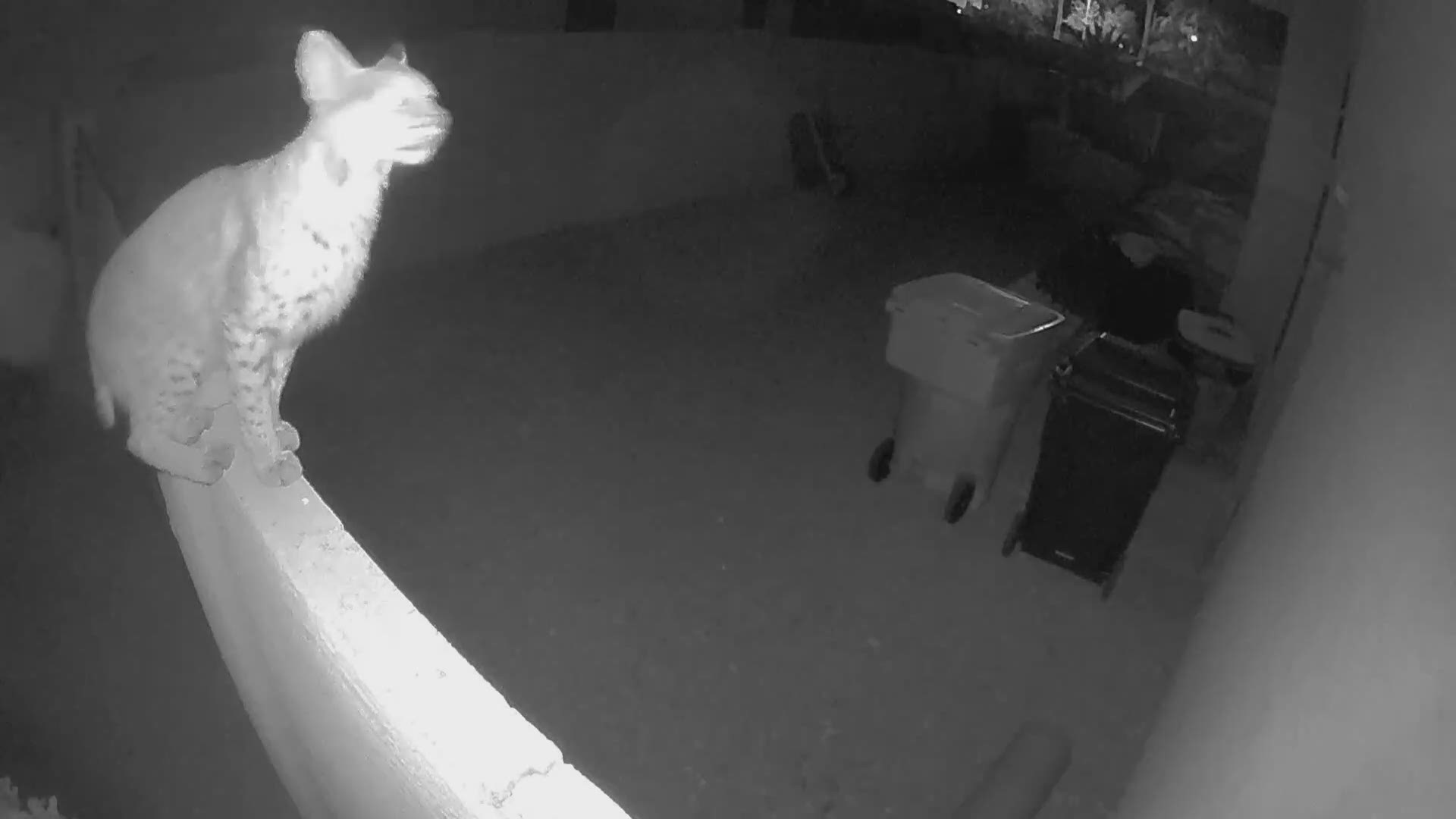 PHOENIX — Bobcats are very common in Arizona but they aren't seen as often as other wildlife because they mostly come out at night to hunt.

Cheryl Smith shared video of a bobcat out and about while most people were sleeping.

The video was captured by a camera outside her home near West Chandler Boulevard and South 17 Avenue shortly before 2 a.m.

Bobcats are carnivores and although they resemble house cats, they are wild animals. Bobcats can reach speeds up to 30 mph and can take down prey up to eight times its own weight.

Smith said she posted the video as a warning for pet owners. 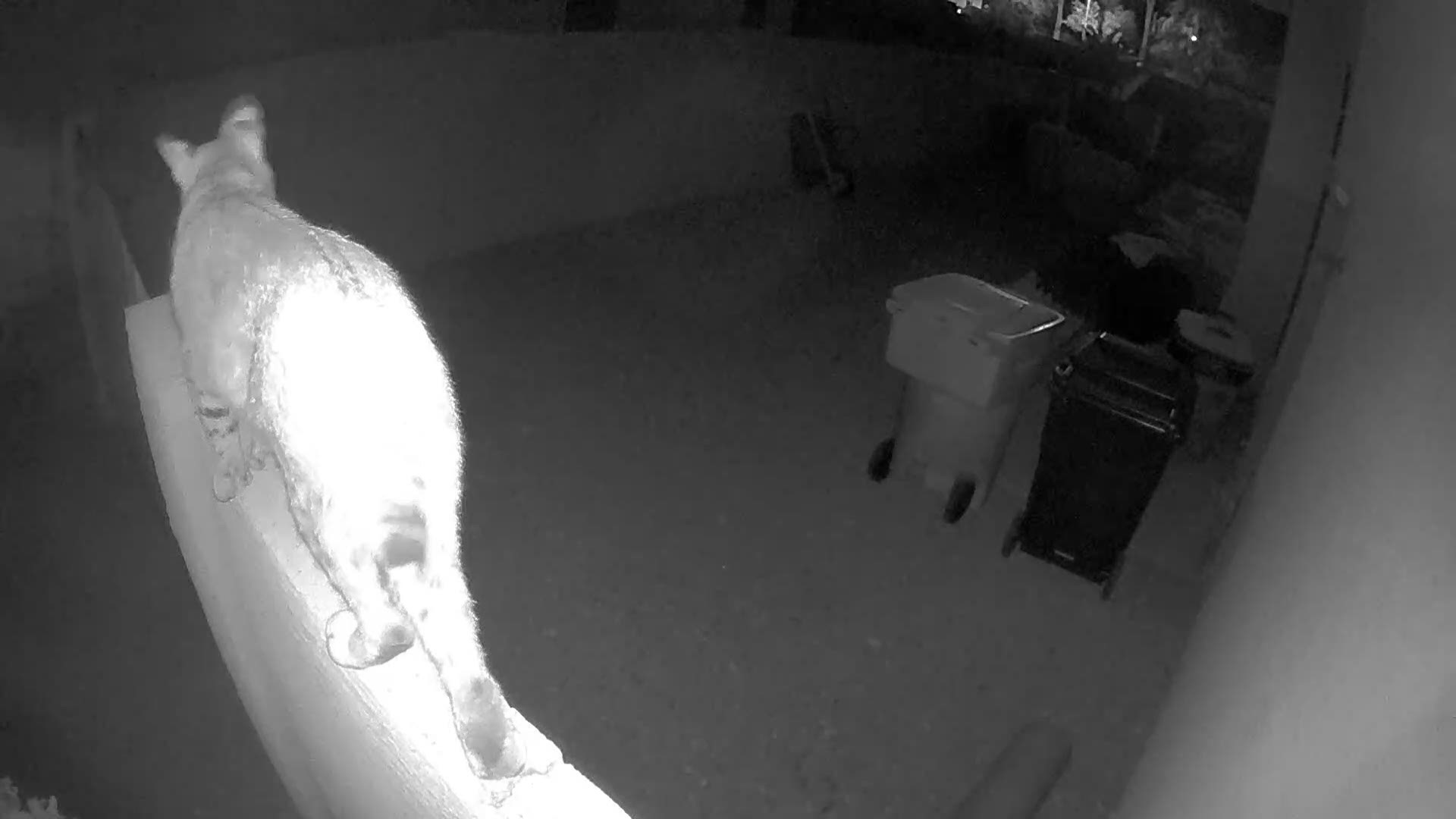 RELATED: Neighbors spring into action when coyote carries off dog

RELATED: Are bobcats getting more friendly in one Ahwatukee neighborhood?