The Maine Audubon has released data from its 37th annual loon count. 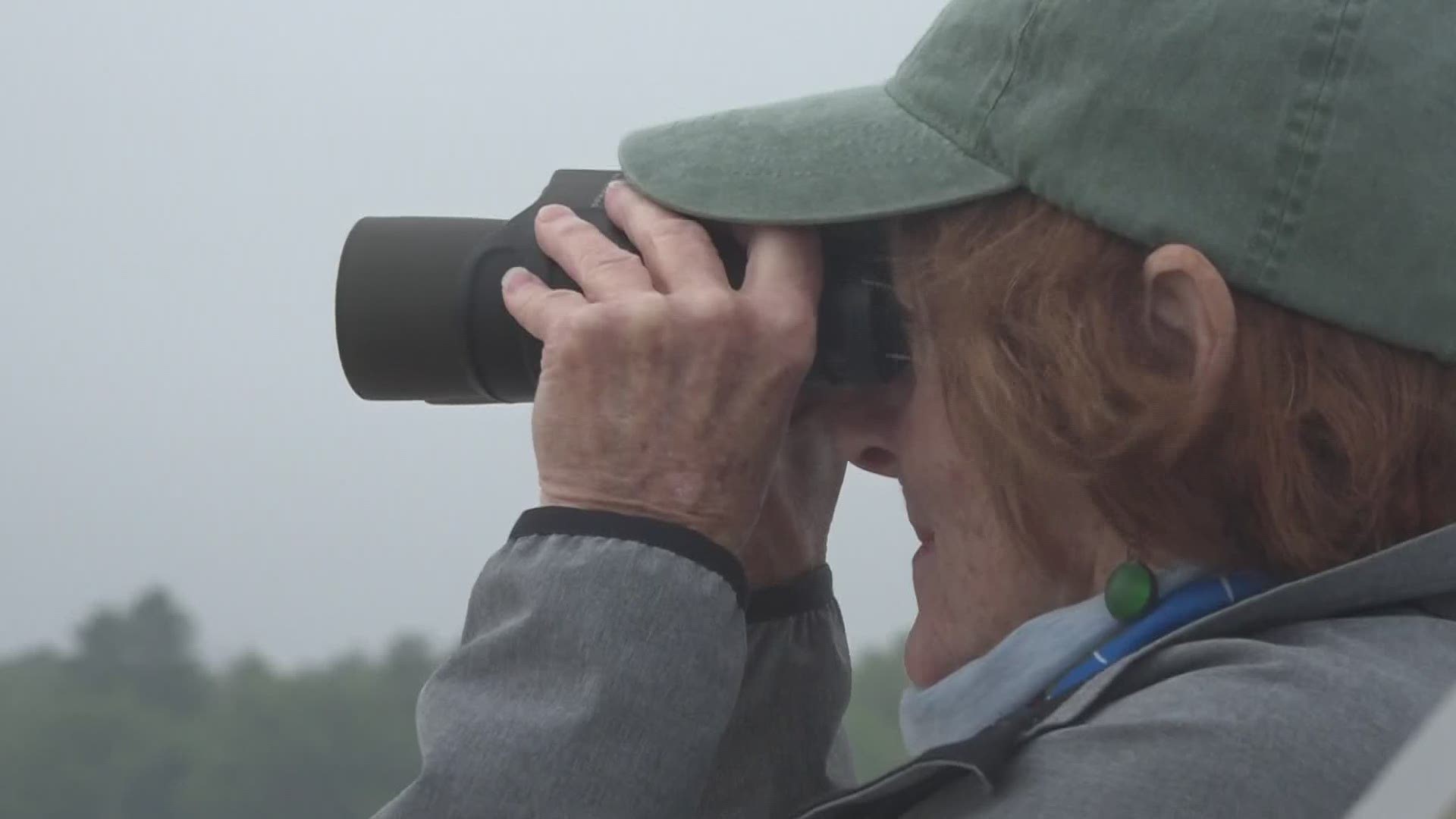 FALMOUTH, Maine — In a year when it seemed like just about everything could go wrong, a few things did go right. Thanks to 48 regional coordinators and 1,347 volunteers, Maine Audubon’s Annual Loon Count was one of them. They overcame many hurdles in order to complete the annual snapshot census of Maine’s loon population that takes place every year on the third Saturday of July.

Adaptation was the theme for this challenging year. Some of the regional coordinators are summer residents who determined it too risky to travel to Maine, so they recruited loon counters and prepared their loon count team remotely. Other participants worked hard to find replacements if they found they couldn’t participate in the count themselves. Some recruited neighbors with larger boats so unrelated participants could maintain distance. Others allowed only family members on their boats or switched to separate travel in canoes and kayaks. And long-running traditions of gathering the morning of the count or celebrating afterward were largely abandoned.

All of this collective dedication and creative problem-solving allowed the loon
count to take place this year, as it has for well over three decades, without
skipping a beat. The turnout was on par with the number of participants in
2018, although lower than 2019’s record number. Counters even covered 16
additional lakes this year to cover a total of 308 lakes. All of those efforts
produced the data needed to calculate a population estimate for the southern
half of the state (south of the 45th parallel) and track population trends.
(There are not enough counters in the northern half of the state to conduct an
annual count, though there is count data for numerous individual lakes that
have been tracked over time.)

The estimated numbers of adults and chicks were both up and down. For adult loons, the 2020 population estimate is 2,974. This is 154 individuals fewer than last year and 295 fewer than 2018. A decline for two years in a row is noteworthy.

Still, this year’s estimate is nearly double the population estimated when the
count began over three decades ago. Based on the numbers, Maine has a robust population of adult loons, the largest in the Northeast. It’s also important to assess the loon count results, not on a year-by-year basis, but over time to determine trends and identify consistent or dramatic declines. Populations experience annual fluctuations, so true upward and downward trends are deciphered over multiple years.

Also notable this year, a fair number of lakes experienced dense fog during the count period and counters in some regions reported decreased visibility or an inability to complete the count due to safety concerns. As a result, some adult loons simply may not have been spotted and counted this year.

The estimate for loon chicks, at 414 this year, is up from 372 estimated last year and is essentially equal with the 2018 estimate.

“Based on loon count data forms and anecdotal reports, I was thinking the number of chicks would be somewhat lower this year for several reasons. For one thing, chicks are presumably harder to spot in the heavy fog reported on some lakes during the count. There were a larger number of reports of nest failures, as well as chick deaths from predation, boat strikes, or even attacks from non-breeding loon," Tracy Hart, director of the Maine Loon Project, said. "We also heard about eggs found floating due to boat wakes or heavy rains, and nest disturbance coming in many forms including fireworks, pets, and both motor and paddle vessels. And there were reports from other loon biologists that for unknown reasons some loons that successfully bred in the past were not breeding this year. So I expected when all of these things came together, chick estimates would see a downturn this year. Surprise! Our calculated estimates show otherwise. However, it’s worth noting that chick numbers are highly variable from one year to another, which can skew the estimates, so it’s important to take a longer term and statewide view!”

RELATED: Officials: Maine loon killed bald eagle by stabbing it through the heart

Past data can be viewed on the Lakes of Maine website. Complete data from 2020 will be added in the new year.

Adult loons and their young continue to face significant challenges. According to a report from the Department of Inland Fisheries and Wildlife (DIFW), lead
poisoning still accounts for 18% of adult loon deaths despite a statewide ban
on the sale and use of certain lead sinkers and bare lead-headed jigs. Trauma
(primarily from collisions with boats) accounts for 29% of all adult loon
deaths, surpassing lead poisoning as the overall leading cause of death for
adult loons. Blunt trauma was reported as the leading cause of death for chicks in early mortality studies and remains a primary threat to chick survival.
Loons also face other new and ongoing threats, such as fungal respiratory
disease that accounted for 21% of deaths in the DIFW study and the varied
impacts of climate change on loon productivity and mortality.

In the face of these challenges, the Maine Audubon said it is thrilled to report that Maine’s loon population continues to thrive. This is due, in no small part, to the countless actions by loon count volunteers, lake associations, partner
organizations, and other residents and visitors to track and protect Maine’s
loon population and lake habitat. 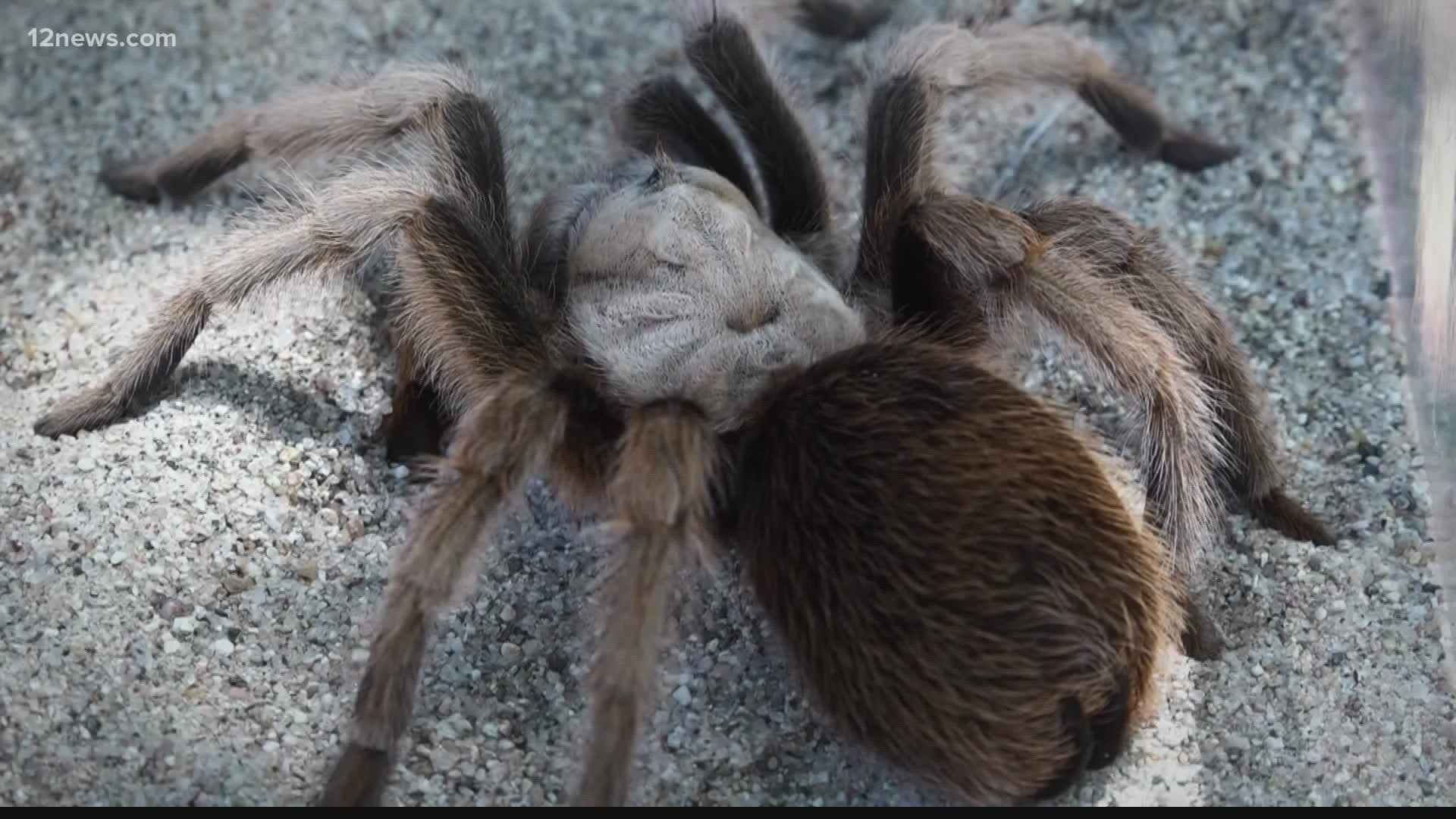 Watch out! It's tarantula mating season in the desert