Whether or not you're a believer, World UFO Day exists to share stories of possible sightings 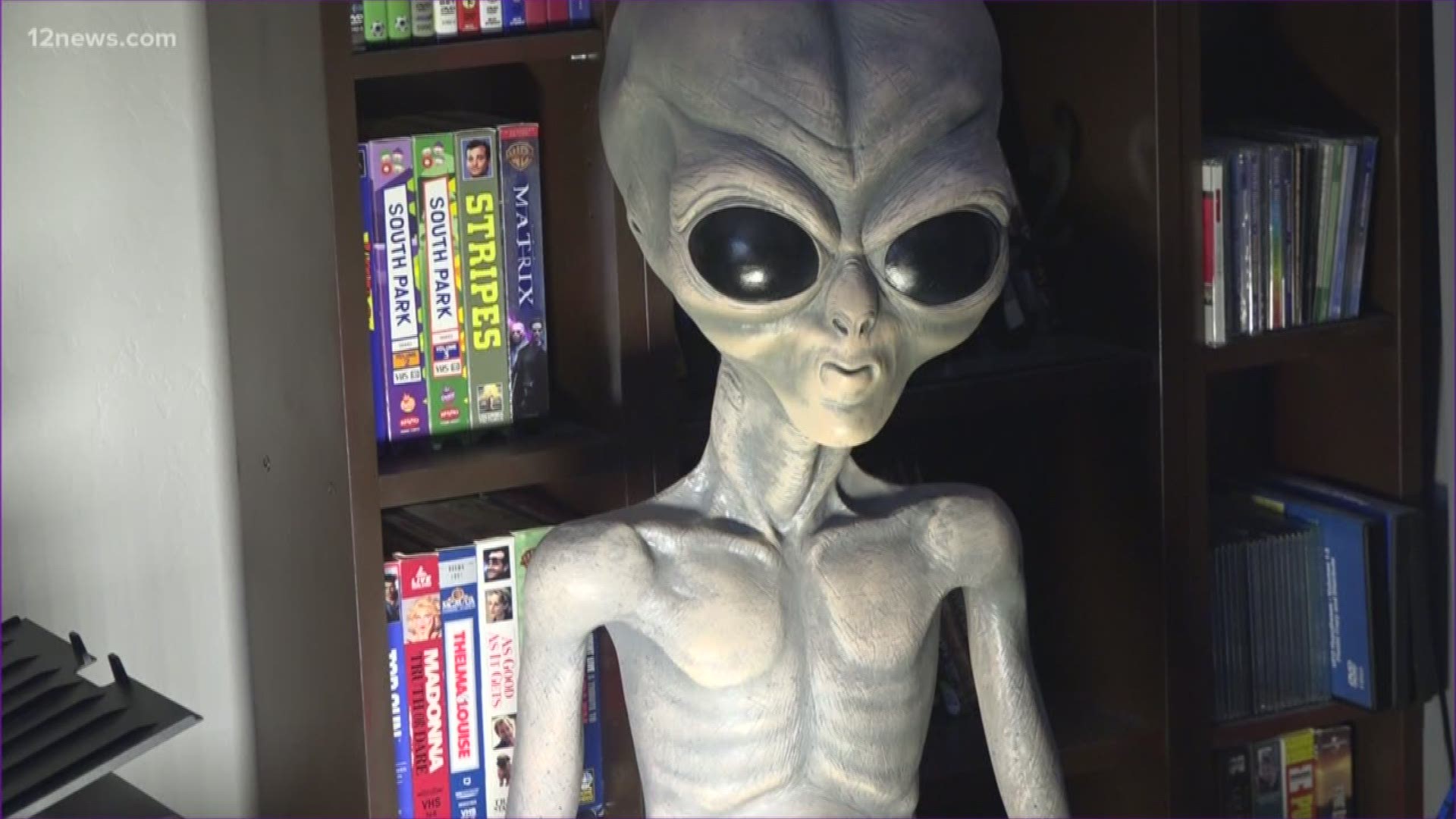 Some Arizonans are celebrating World UFO Day by remembering the Phoenix Lights and other reported UFO sightings.

Arizona is one of the states with the most reports of UFO sightings.  We are number six, with Vermont taking first place.

UFO researcher Alejandro Rojas believed some sightings could have been legitimately not from this earth.

“As a former Air Force pilot, Governor Fife Symington said what he saw was not of this world. It was something beyond what mankind can create,” he said.

Karen Brard, another believer, said we need to be on the lookout for what’s in our skies.

“If some being is studying us, we need to know about it,” she said.

Brard is hosting the 28th Annual UFO Congress Sept. 4-8 so people can share their experiences, research, and beliefs.

You can find more information about the event at this link.

Rojas will be speaking at the event, held at the Sheridan in downtown Phoenix.