Valley woman uses climb of her life to inspire others

After three failed knee replacements left her a shell of who she once was, Just Taylor is on a journey to regain her life. 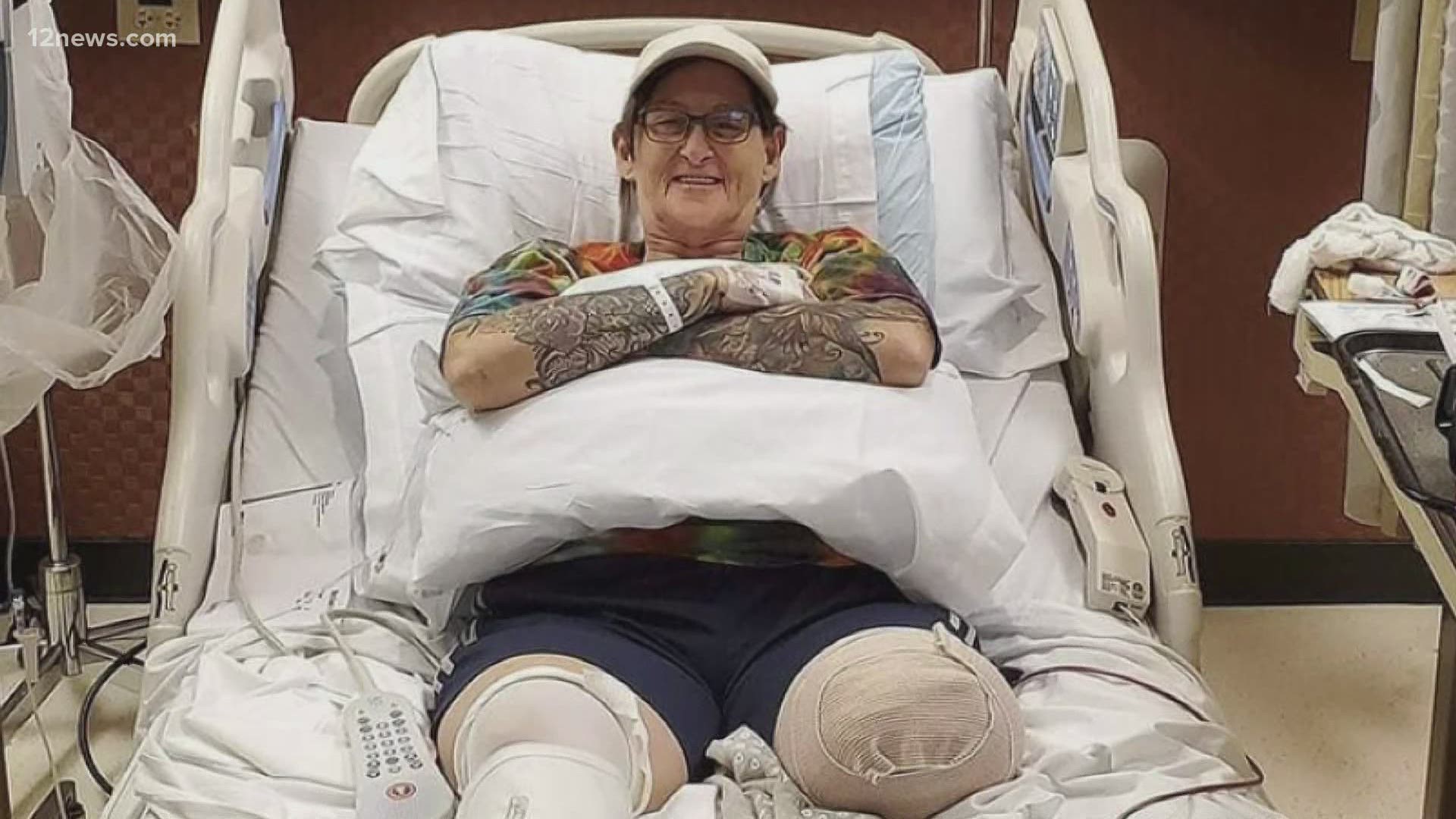 PHOENIX — “This is my church, this is where I heal,” Phoenix resident Just Taylor described the desert mountains surrounding her.

After three failed knee replacements left her a shell of who she once was, Taylor, is on a journey to regain her life.

Before that, she hit rock bottom.

Taylor felt she had one shot left at survival, to get her leg amputated.

“I knew that it would be difficult but I knew that I’d have a better chance at life, so that’s what I chose to do. Not everybody has that choice.”

Now Taylor is on a mission to redefine herself in ways that test her limits, and has her sights set on a new mountain to climb, literally.

With the help of a local climbing guide, Aaron Collins, Taylor decided to start rock climbing.

Collins owns his own guiding company, Arizona Mountain Guides, and has his own experience of ‘rock bottom’ to which he can relate.

“Everybody has a low spot, and for me climbing’s just been the liberator,” said Collins. “When I’m guiding, it’s trying to give the experience that I know I’ve had, and giving it to them.”

“What he’s doing is he’s giving people their life back,” said Taylor.

12 News cameras were out with the group as they set out to reach the top of a route near the Superstition Mountains, something Taylor hadn’t been able to accomplish her first time out.

Making it to the top of the mountain was meaningful in many ways, and Taylor hopes it’s a symbol of hope for others.